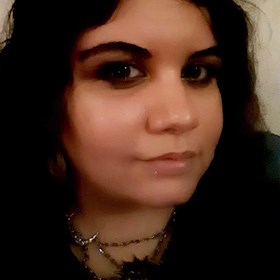 Fragments from my memoirs.

(PART OF) CHAPTER ONE: TRIXIEBELLE

Sometimes I was the one I wanted to be, and that felt awesome. I was creative and smart, happy and joyful, beautiful with dark brown hair and smiley eyes. Sometimes I had a big heart, a wonderful self-esteem and talents other dreamt about having. I was the little sunshine. Sometimes.

I was Trix, for short, the bright child who was polite and eager to do what's right. But I was also Trix, a child with a dark secret. An unnamed condition, a horrible mistake and she was not yet aware of her even darker future.

I was sitting alone a few steps from the playground. Watching the other children carefully. Took a hand ful of some dry leafs and threw them at the ground in an angry manner. I was angry. A girl looked at me from the playground and she was standing up on the swings right in front of me. She grinned, but not in a friendly way. I looked down at the ground and I heard the other children laughing about something. I wasn't able to talk to them, even if I wanted to.

“Look, it's that girl who can't even speak”, I heard one of the boys saying and pointed his finger towards me. I threw some more leafs and rocks at the ground, sitting in my pants with braces to hold them up, because they were too big. I was a short little thing. I reached out my tongue and moved my whole body to the opposite direction from them.

“What did you say, you little freak? Oh, did you say something?”, the awful boy yelled at me, loud enough for the teachers to notice, but they didn't do a damn thing.

In fact, I, Trixiebelle Moore, was actually able to talk physically. I just didn't do it in any other place than in my own home. I refused to speak at school or in the schools arranged activities afterwards, which I was forced to go to, because my parents felt I had to “socialize” with other children. I just psychologically couldn't. I wanted to, sometimes, but I just couldn't. I was terrified every time my teachers was making attempts to get to me, to force me to speak in front of them or my class mates. Speaking was a terrible fear of mine.

But I was quite a good learner and I learned to write and read books. Writing was easier, because then I could do it at my own pace. I could think for a long time before the message was read by anyone. Writing was my passion.

I lived in a small village in southern Sweden. Everyone talked about everyone and was gossiping about everything. Well, yes, everyone except me, of course. Actually I kinda was the target of all the gossiping. But I didn't care too much. My self-esteem was like most other children. They couldn't reach it by participate in gossip about a nine-year-old whom chose not to speak. It was a small village, and I guess a child like me was pretty rare. A different child. I guess that was why I was an interesting topic of gossip. Even the adults was talking, yes, the children was just small copies of the bigger picture.

“Trixiebelle! Are you listening?” I jumped up from the chair and looked up at my teacher. “I expect an answer, young lady!” She said with a harsh pitch in her voice, and her glasses were very ugly from this angle, I noticed. An answer? From Trixiebelle? She could just dream about that.

“Well, I choose to ignore this behavior... because, well, we have a new student in class” she continued and I looked up. In front of the black board, a small, blonde, green-eyed girl with round glasses, stood and looked deeply miserable. I smiled, because I could see she was another freak. I smiled for the first time in school that day.