It was Tuesday morning before the breakfast room opened in our hotel when we left with two poverty breakfast packs and bathing suits. The early departure hour was needed to catch the first ferry to Sandoy, an island south of Torshavn, leaving at 7.30 a.m., drive across this island, park our car and catch a boat in Sandur that would bring us to Skuvoy for a hike to the bird cliffs on the northern tip of this tiny island. The bathing suits were options to take a swim from the only sandy beaches in the Faroe Islands, weather permitting. Besides us there was only a Norwegian painter with his summer house on Skúvoy and two guys from Falun in Sweden that had made the effort to get to Skúvoy at this early hour. The harbour on the island is randomly accessible with waves submerging the docks as soon as it starts to blow. So it's no wonder that the population has shrunk progressively from 160 during the island's heydays some 30 years ago to no more than 20 today. Besides the 20 people there is an abundance of sheep and birds of all sorts. Follow us on our hike north starting with a one and a half hour stiff uphill part among grazing sheep. Once you reach the summit there is a magnificent green landscape unfolding before your eyes where you walk downhill towards the steep cliffs plunging into the North Atlantic. 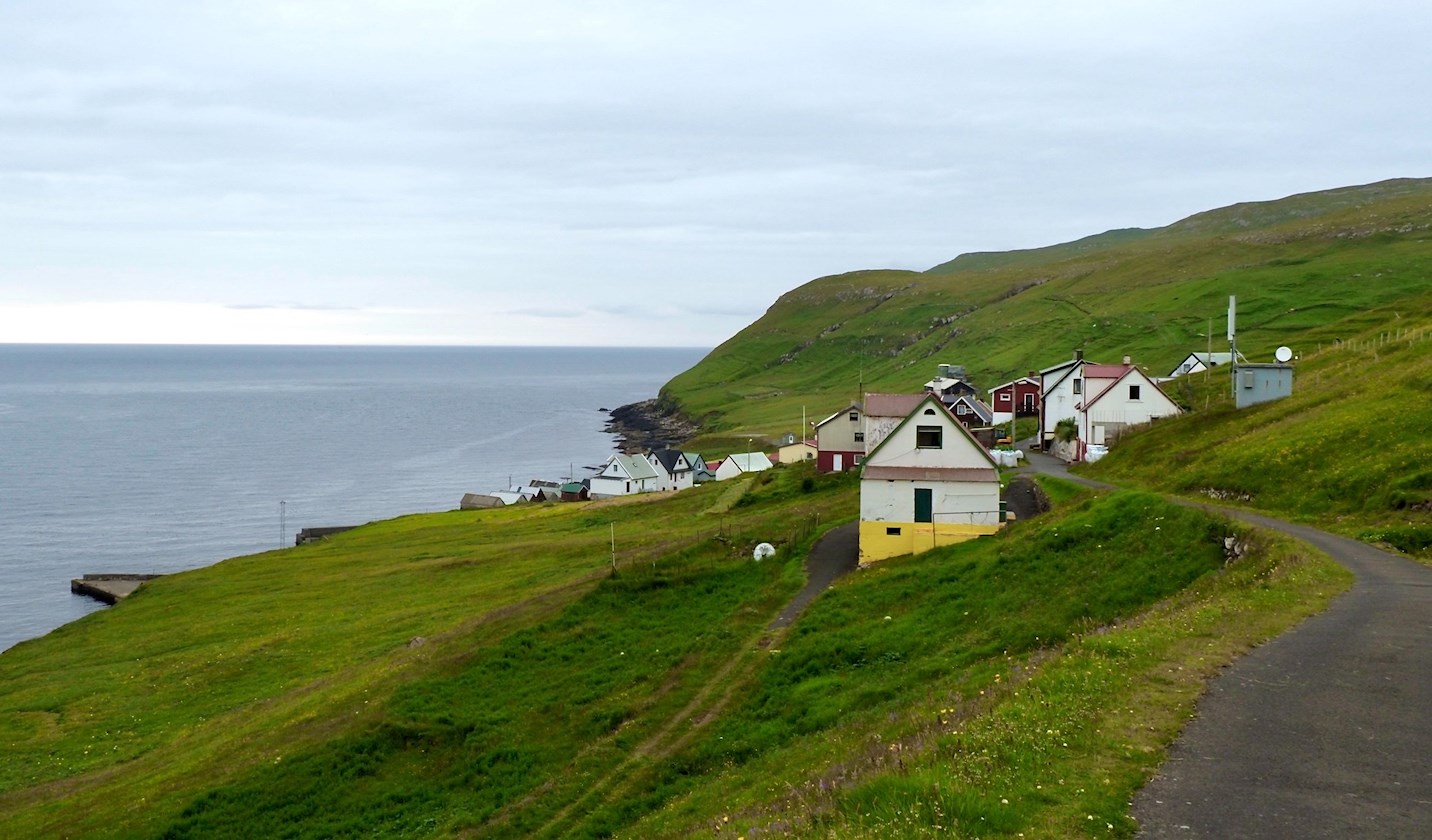 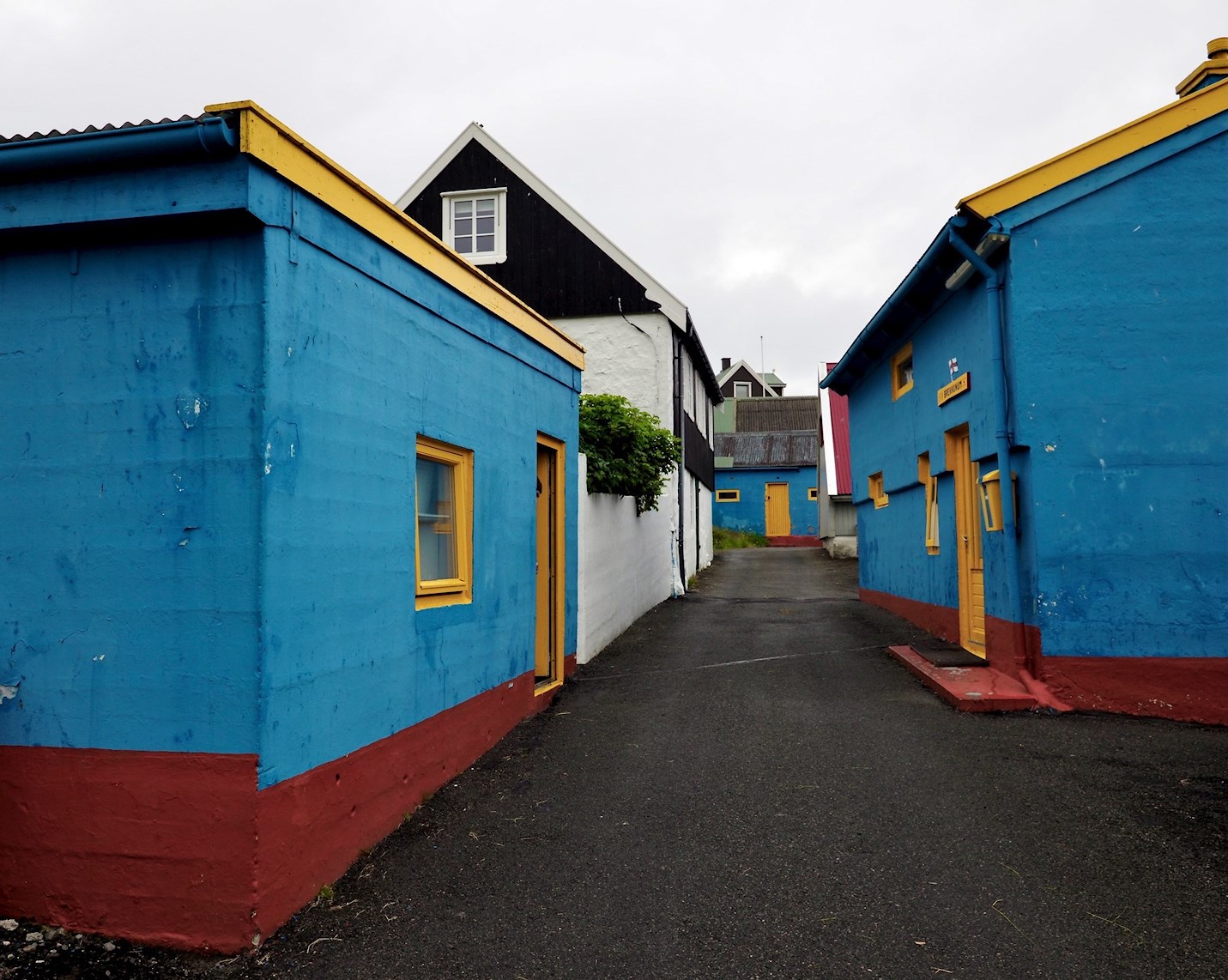 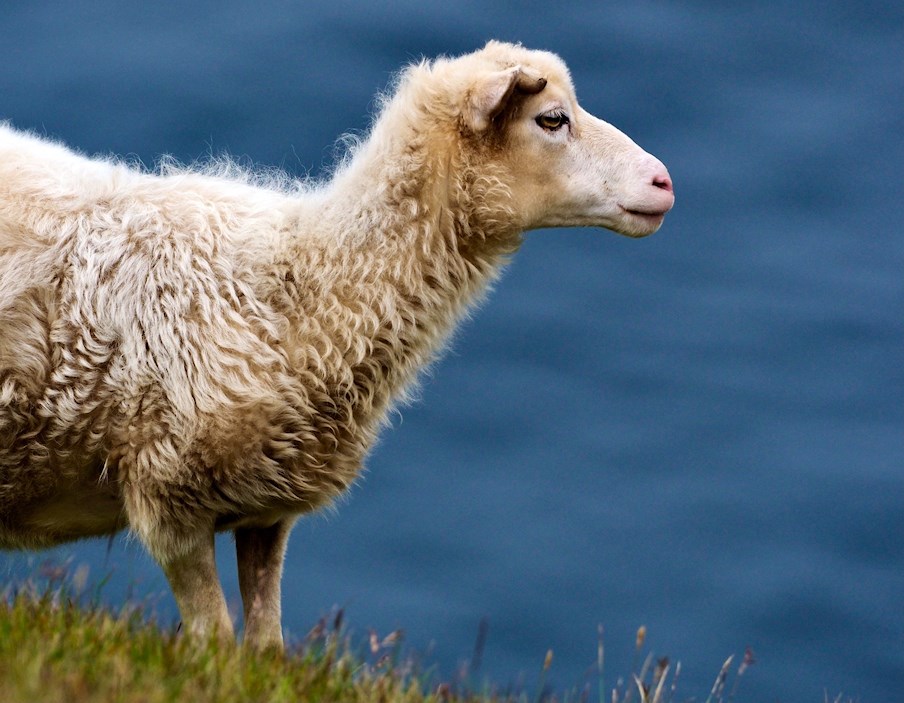 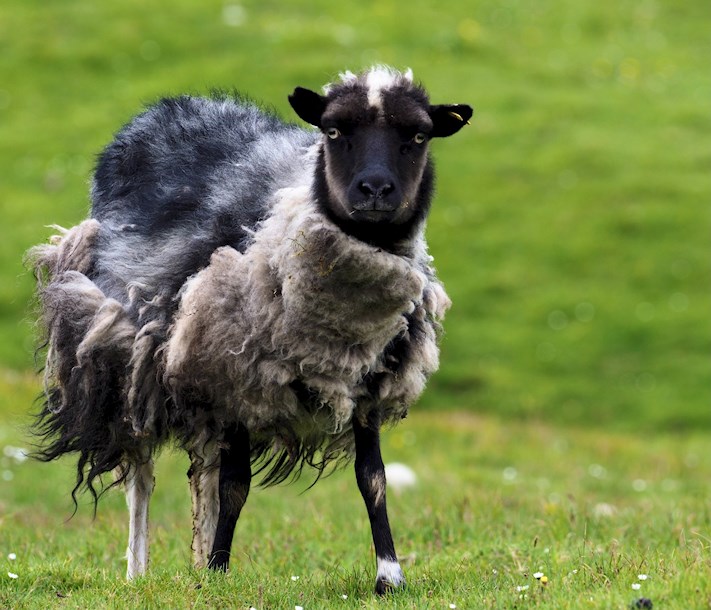 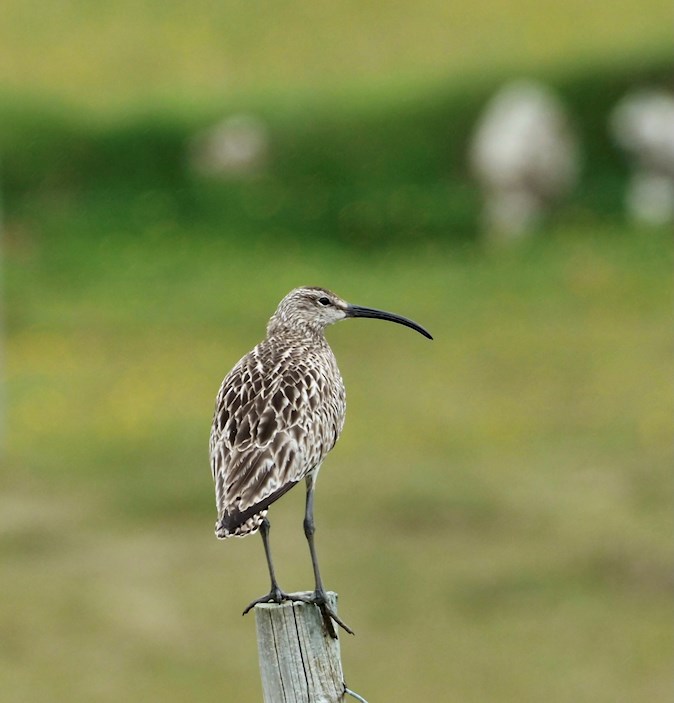 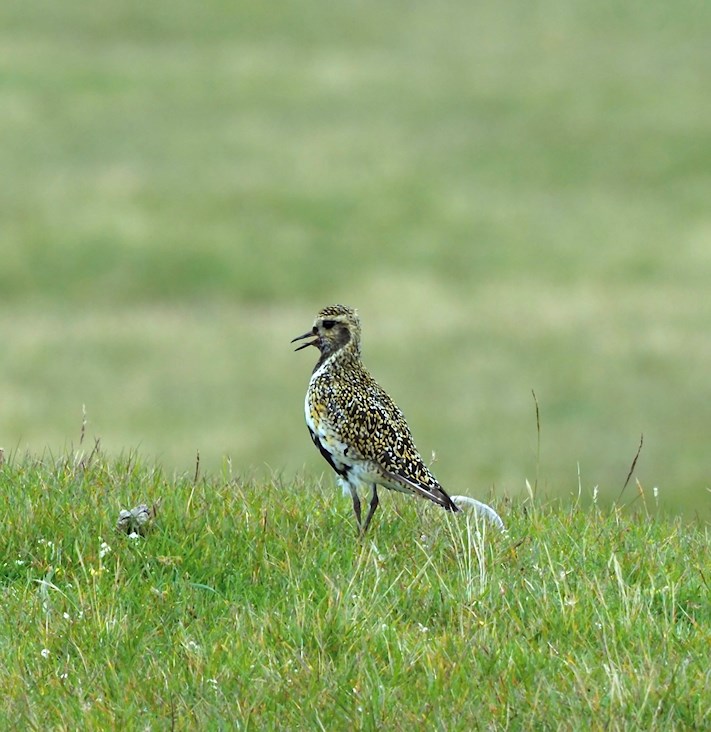 Contrary to what you might think, you can sit down for a chat with Mom over FaceTime almost anywhere in the wilderness. 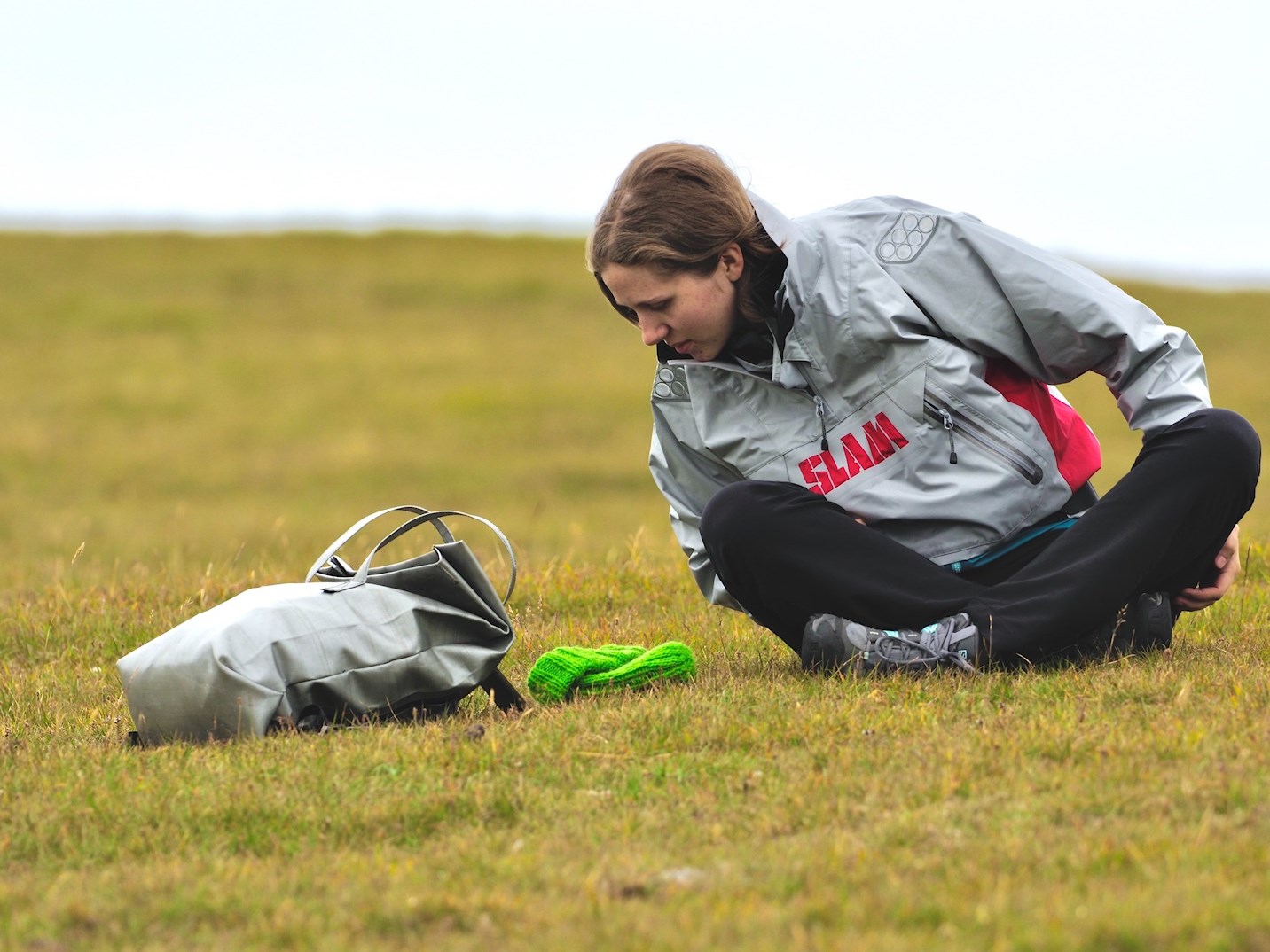 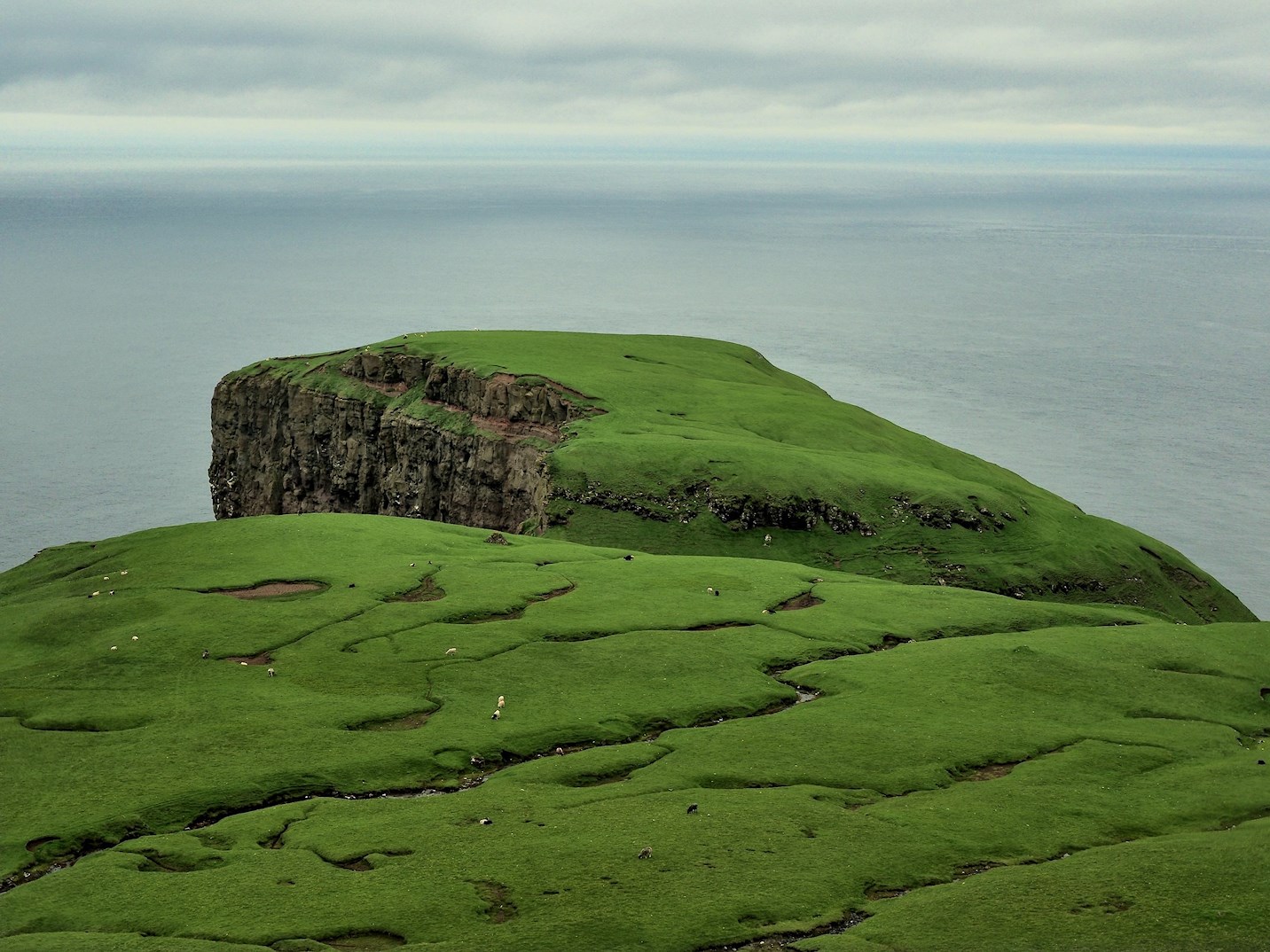 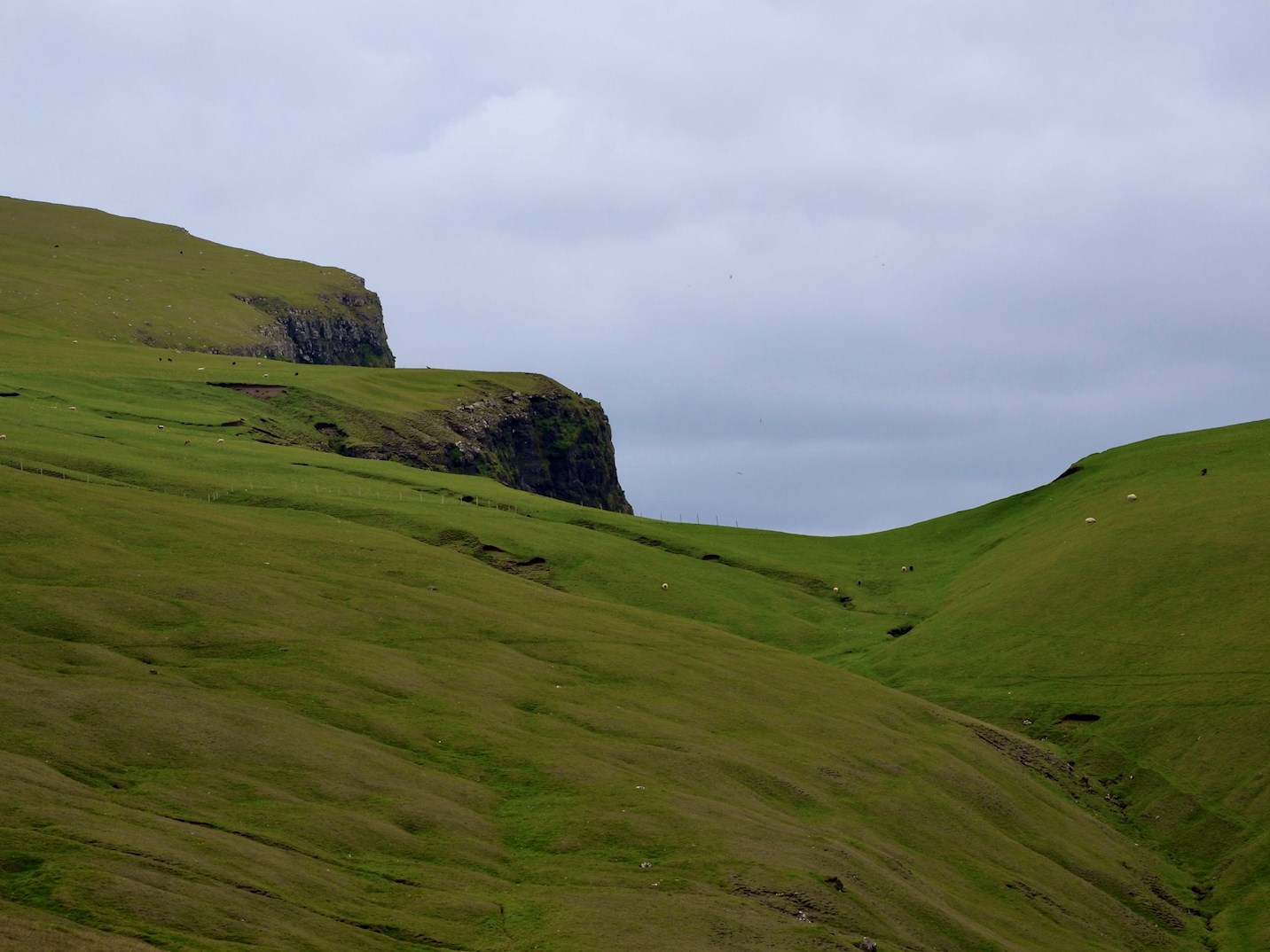 There are large colonies of fulmars on the cliff sides mixed with some puffins and even the mighty predator, the Skua, circled above our heads where we were lying down to observe what was going on in the bird community. 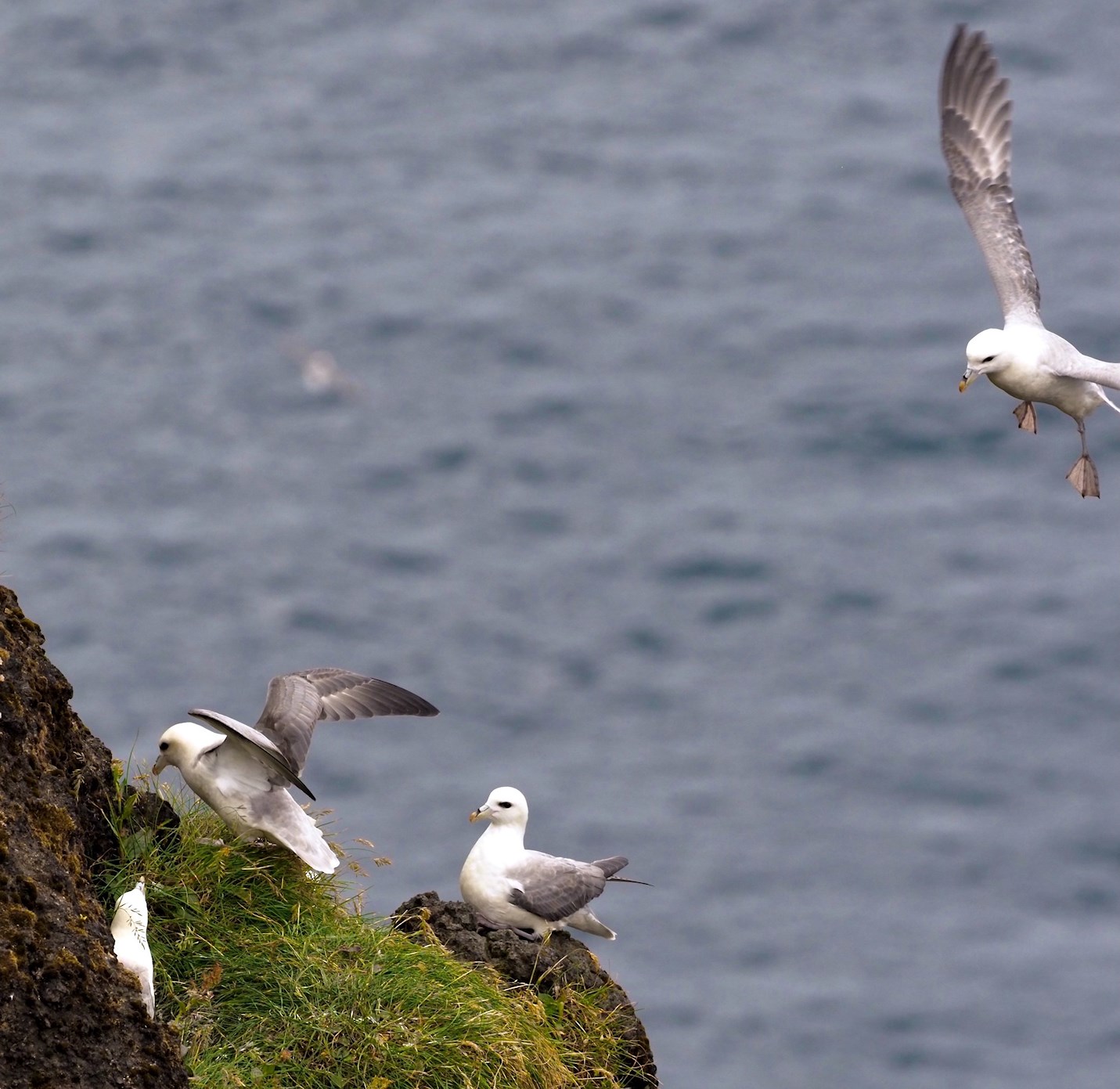 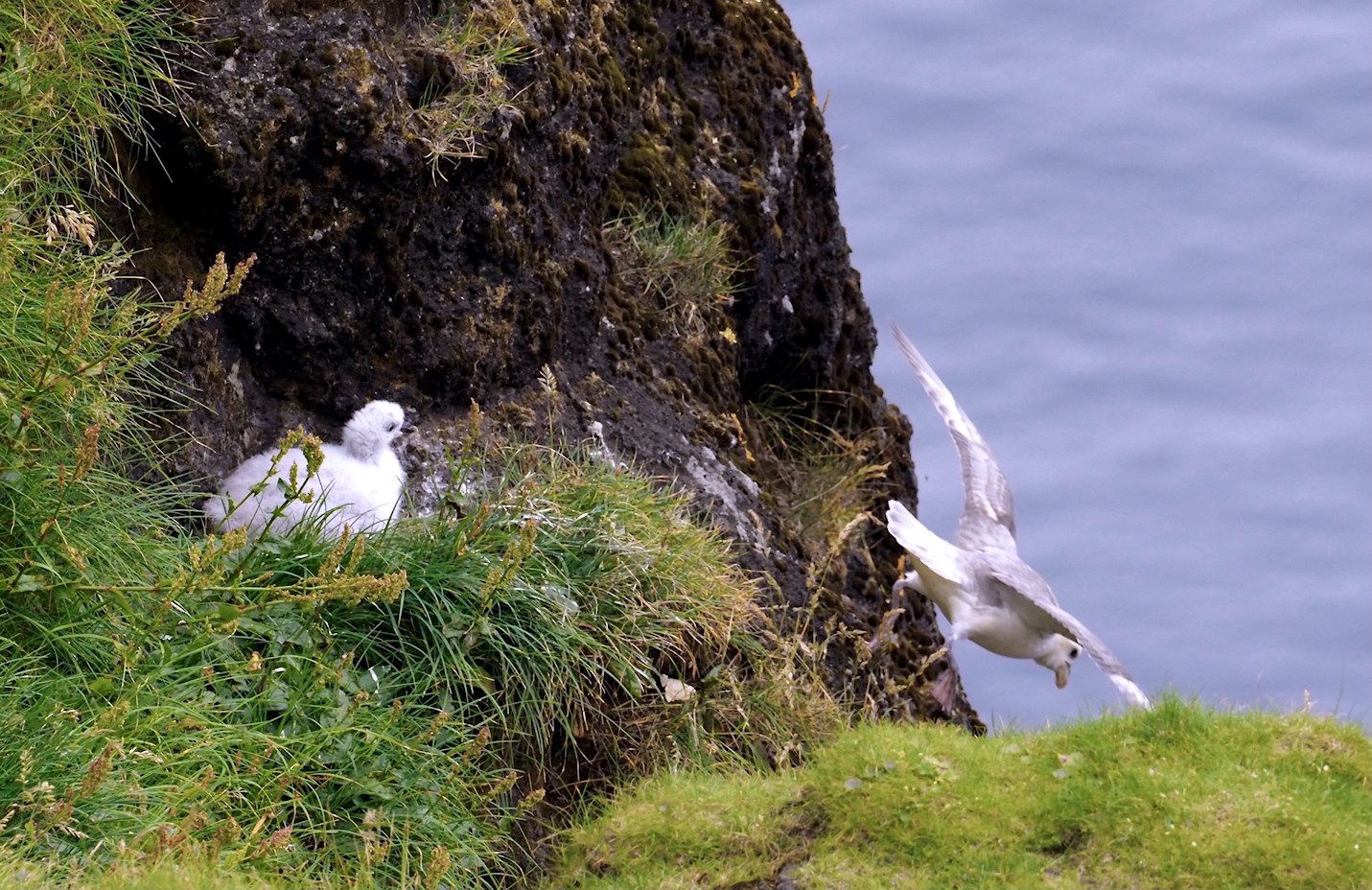 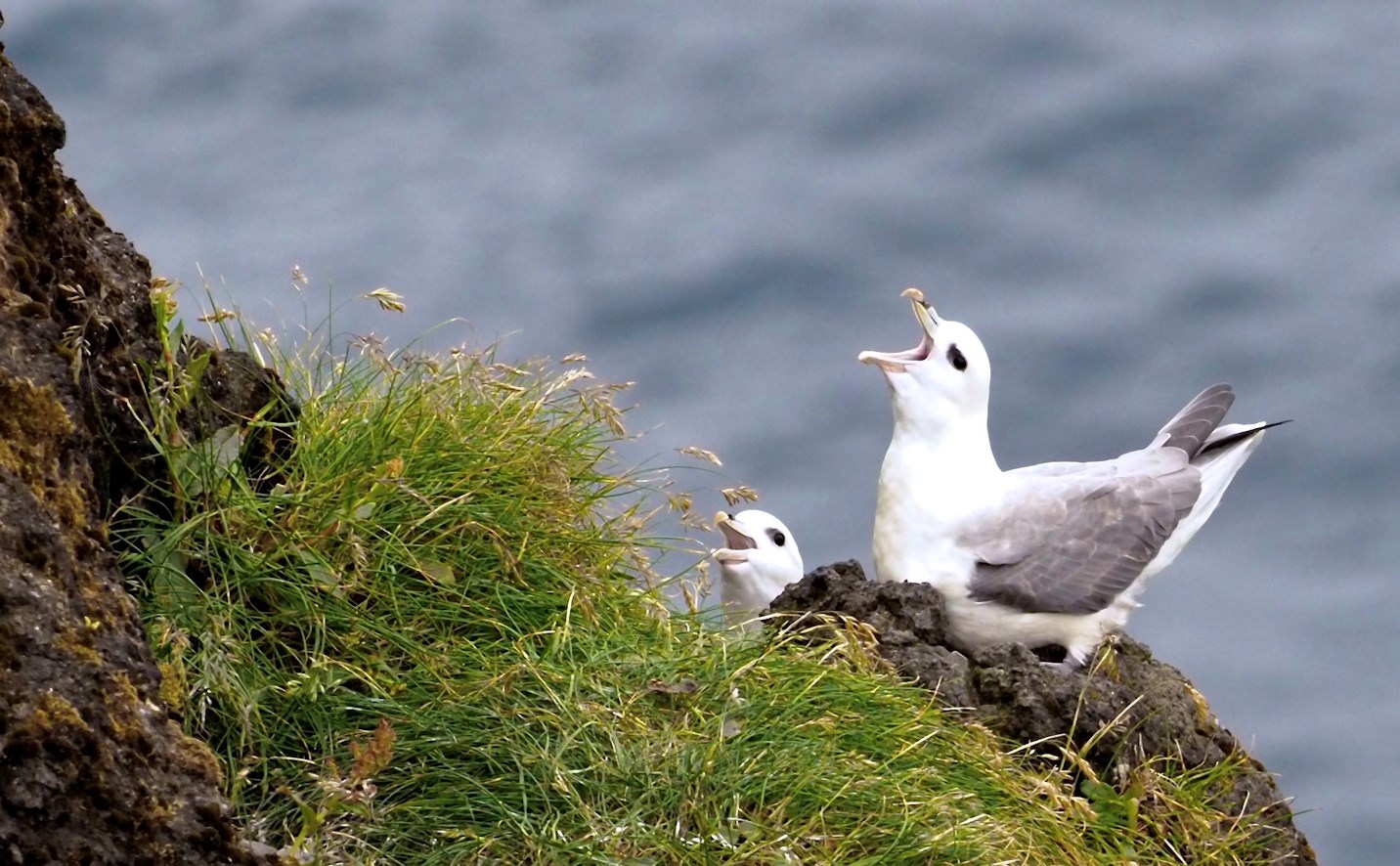 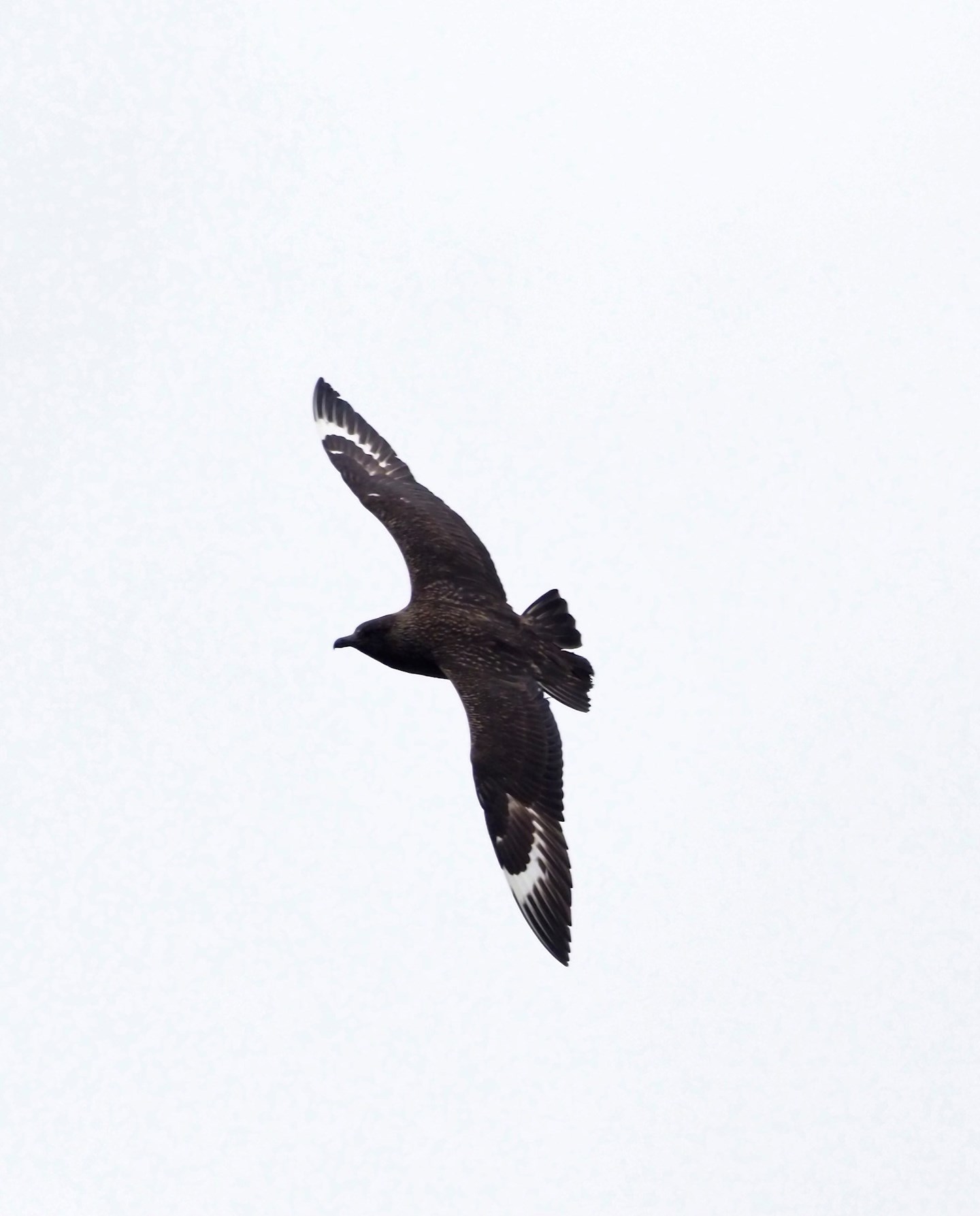 It was time to return to catch the last return trip to Sandoy. It had started to rain with a light drizzle that discouraged us from even thinking of going into the ocean for a swim. Our last friend of the day was a lonely puffin nesting only a few meters from the descent to the docks. Even he looked miserable under the grey skies. Stay tuned for more adventures from the Faroe Islands!! 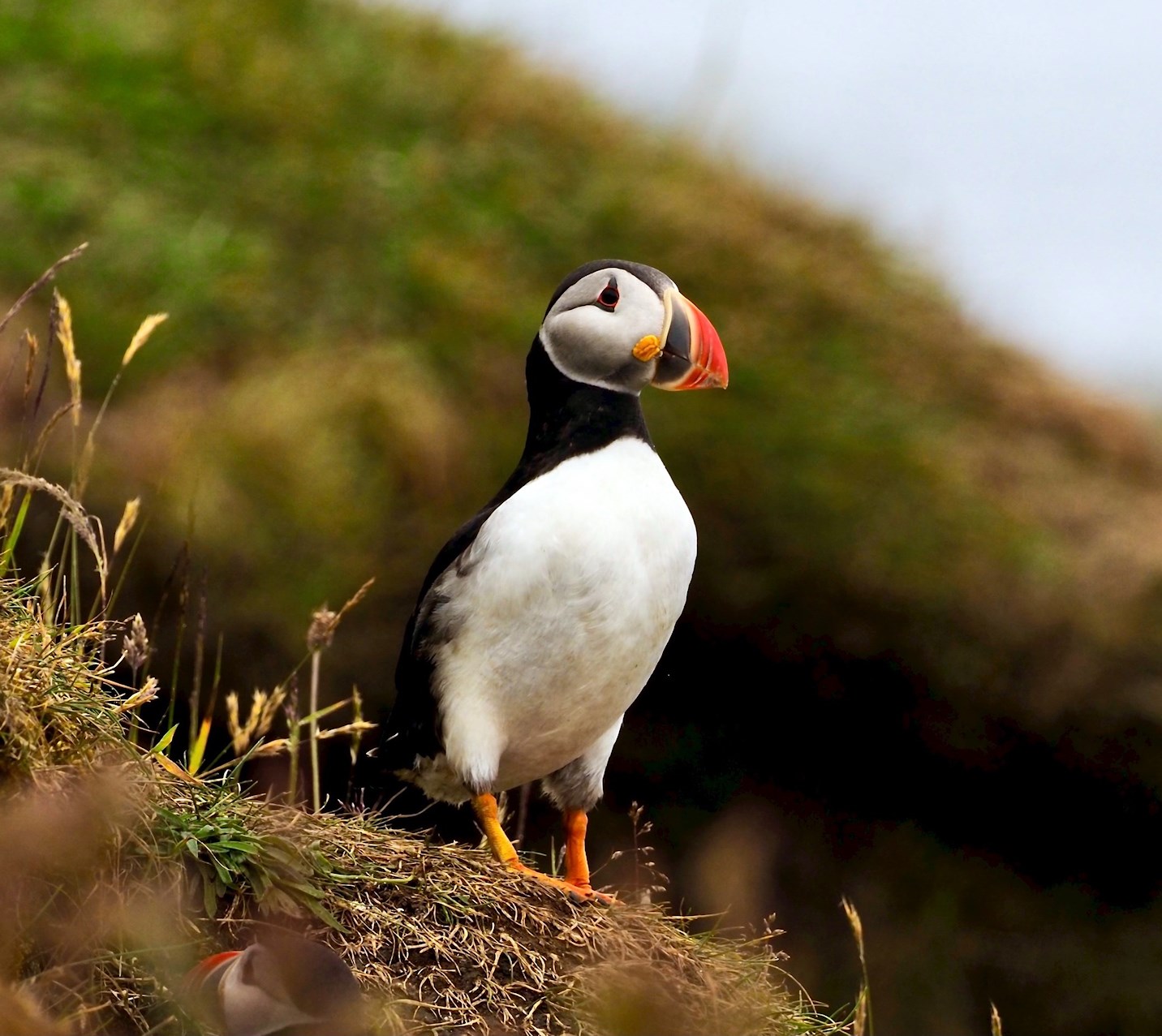