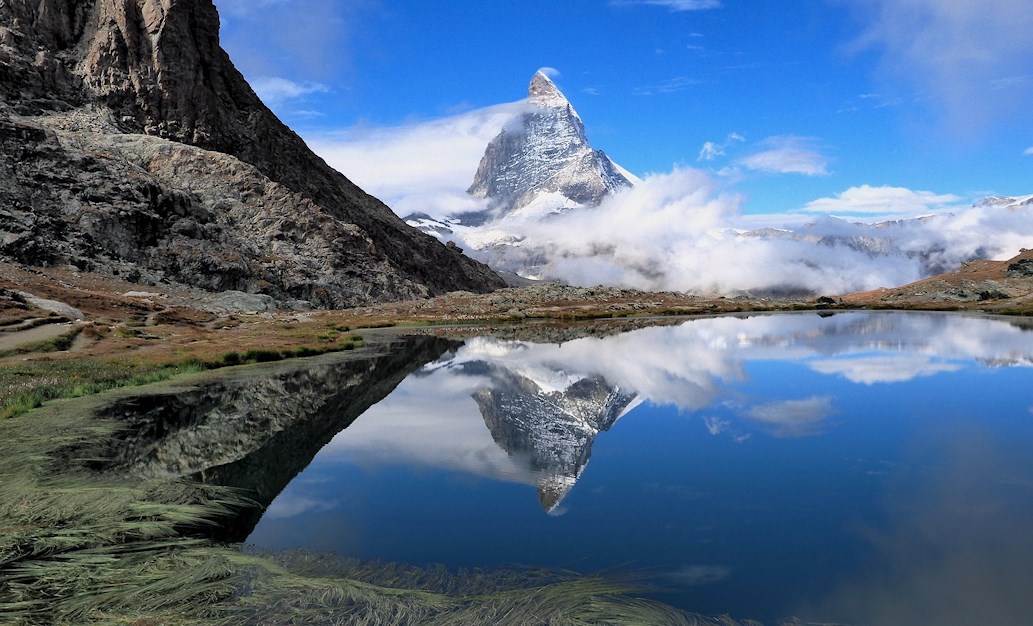 Our train down to Zermatt makes its first stop at Rotenboden after the departure from Gornergrad. Dad had seen a glimpse of the small lake west of the station and persuaded me to follow him for our last adventure for this time. So off we jumped and left our luggage at the railway station, to hike a couple of hundred metres down to the lake. There was no wind stirring up the water surface The title photo is what he had imagined would be possible when shooting from a stone on the border of the water. It unfortunately looks like hundreds of postcards from Zermatt but so what!. While shooting, he heard a canon shot from behind, turned around and saw a huge avalanche of ice and snow being detached from the Breithorn glacier. One second later there was only a giant, diffuse white snow cloud and silence. We took a last shot of Matterhorn as a splendid memory of our trip. Stay tuned for more!