Olivia studies international relations at the Global Studies Institute in Geneva. Dad works as a doctor. Father and daughter are both editors of the blog. When free from university and work, we travel together while Mom stays home with our four Basset Hounds Mathilda, Douglas, Hubertus & Milla. When scrutinising the city of Tirana from the top station of the Dajti mountain cable car it's easy to se how the city has been built around lake Tirana and then spread more north and west than south and east where the mountains preclude further expansion of the city. Also, the viewer can observe the high rise buildings, illogically spread out over town, not really respecting the cities original architectural spirit of functional box-like buildings in neoclassicism represented by the many government administrative buildings in the city centre. There is also great similarity to the neighbour Greek architecture. 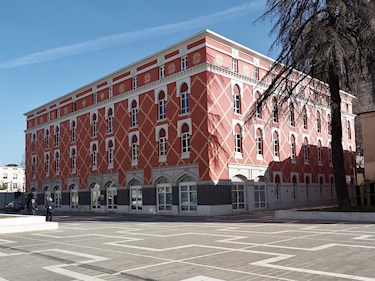 The recent Albania Stadium with its high rise hotel/office tower is located in the old university area and the contrast is striking. 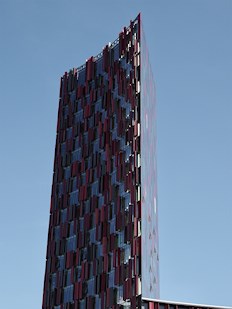 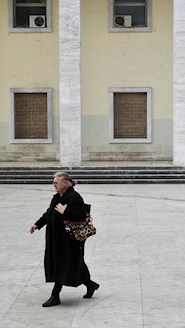 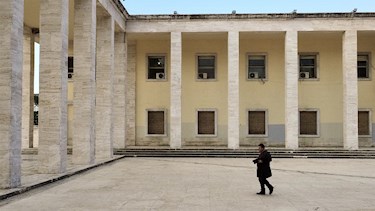 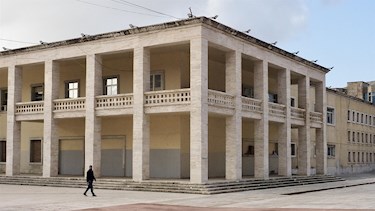 In more residential areas, private villas and apartment buildings are blended without any obvious thought process on how to mix socioeconomically different parts of society. The geometrical sculpture in front of the occupied national theatre made me think of the many illegally built house carcasses that litter the country's beautiful landscape. 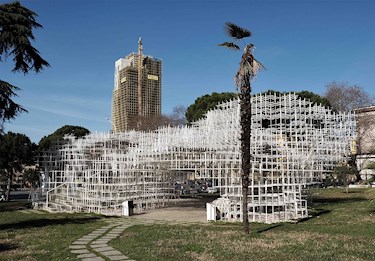 In the shopping centres you find everything sold in richer countries and obviously inaccessible to many Albanians. No wonder it was almost empty at peak shopping hours the day before St Valentine's day!! Finally, sometimes old and new make up for interesting perspectives like on our last photo from Tirana. Enjoy and stay tuned!!