I have been several times to the medieval city of Le Landeron close to Lake Biel and each time I have been captivated by a garden that resembles nothing else in this part of the world. It's about 150 meters long and some 30 meters wide. This afternoon I went back to Le Landeron and parked just west of the old city center. For once there was someone inside the fence surrounding the garden so I stopped by for a chat with the couple that actually are trying to put it in order after it has been abandoned by the Capucine monks some six to seven decades ago. The property was then sold to a retired couple but unfortunately the husband died and his widow has engaged the couple I met to restore the property, a huge undertaking as far as I could judge. Here are some shots I took while being guided around while listening to the history. There is even a tiny chapel on the grounds with its untouched interior. What a peaceful place! 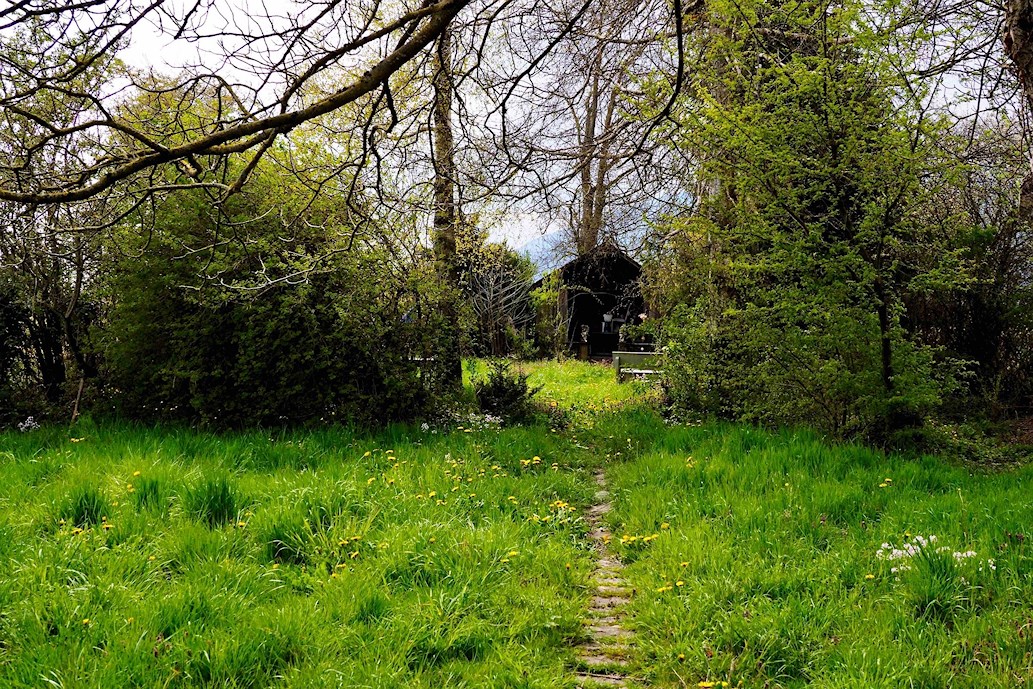 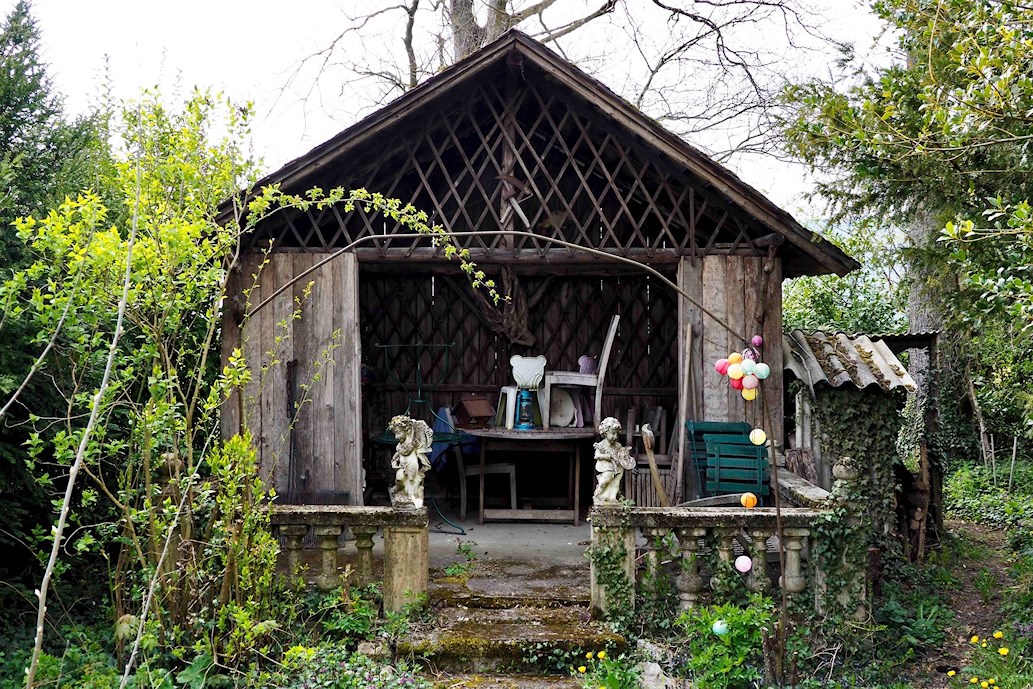 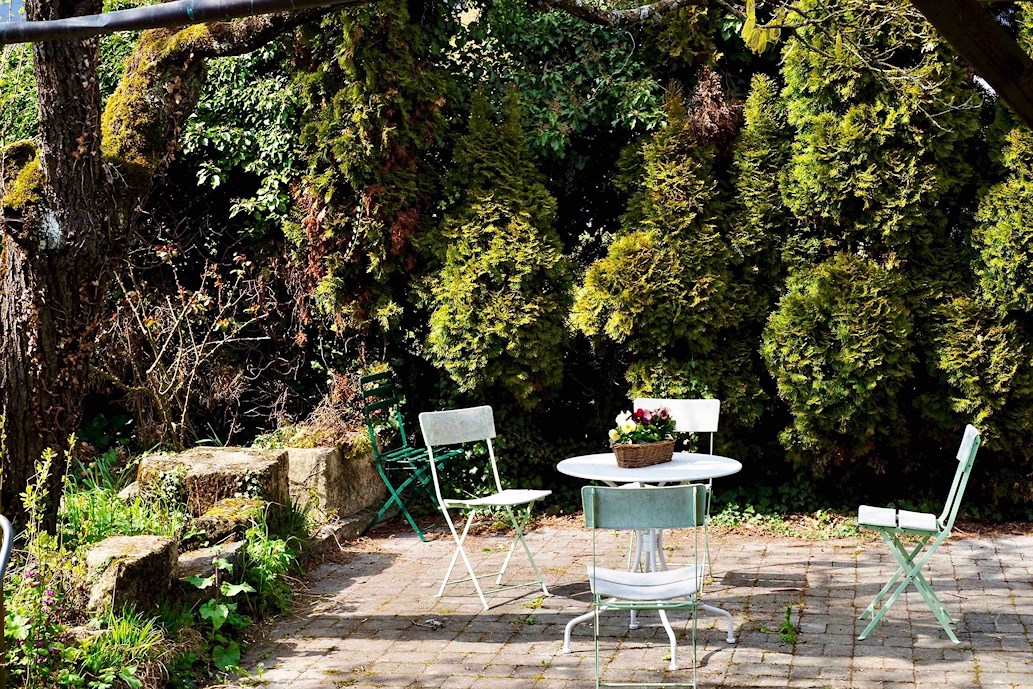 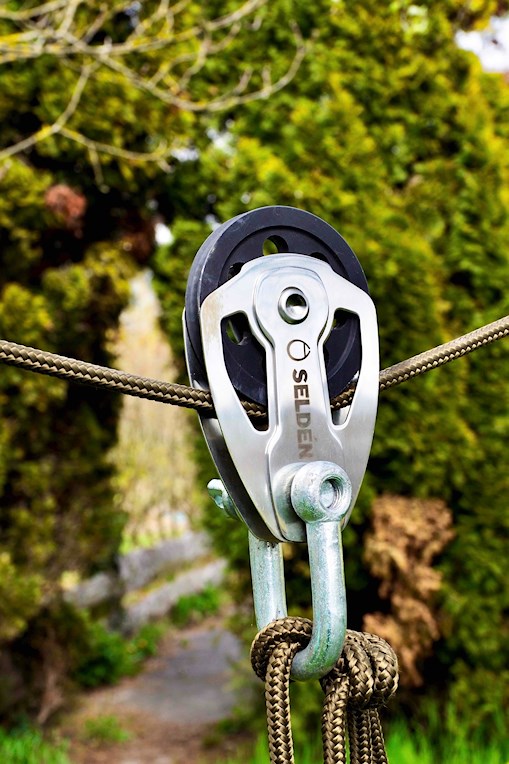 Yes you could guess that the deceased husband had been a sailor from the sophisticated block and line that were used for his grandchildren to play with. And there were several intimate places where you could meditate or prey. Stay tuned for more!!