The Swiss really protect their animals, even frogs and toads. This is particularly true for the German speaking part of the country. Last week-end Dad had decided to go back to Emmenthal to shoot the crocus fields near Eggiwil that he visited a month ago, only to find that he was too early. He arrived at hotel Hirsch in a "suburb" of Eggiwil, named after the abundance of deer in the area and decorated in a 1970-ies style, not renovated since that period. It was shortly before sunset when he took off for the crocuses. The rain that had been pouring down for the past two days had just stopped and the sky started to break up promising some beautiful light, that never really materialized. And of course, there was not a trace of the famous flowers he was looking for. Too late!! He met a deer couple on his way back down the mountain to his hotel, not shy to pose for his camera. Once back it was time for an interesting dinner. The starter was a salad on lightly smoked wild trout from the nearby little river and the main course was pasta with vegetables and Swiss-raised white footed shrimps, from the town of Burgdorf. Kind of interesting to say the least. The whole was washed down with a white Pinot Noir from Bienne, actually more orange than white. Enjoy!!

I'll let Dad tell you what happened during the rest of his road trip. 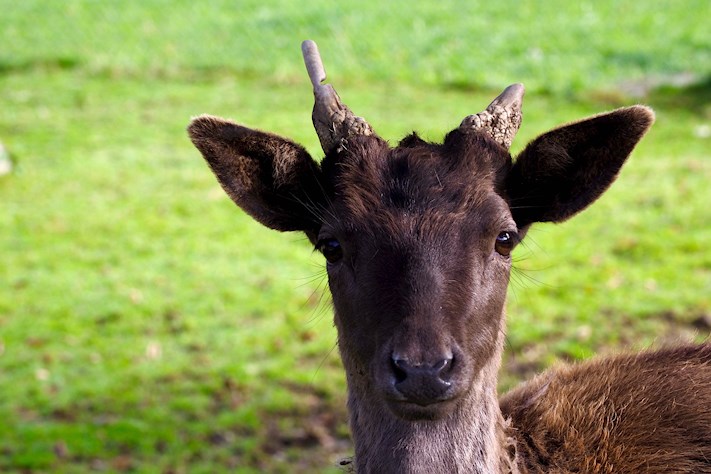 I woke up early after a dreamless night and peeped out between the curtains. It was still dark and after a quick shower I was ready to go up the mountain to shoot some pictures of the landscape in Emmenthal in the rising sun before breakfast. The temperature had dropped to below zero and there was frost powdering the green fields. The alpine mountain chain produces the perfect backdrop for the intensely green fields with their little cows herds spread out. So touristy, but most tourist are not up at this time of the day... 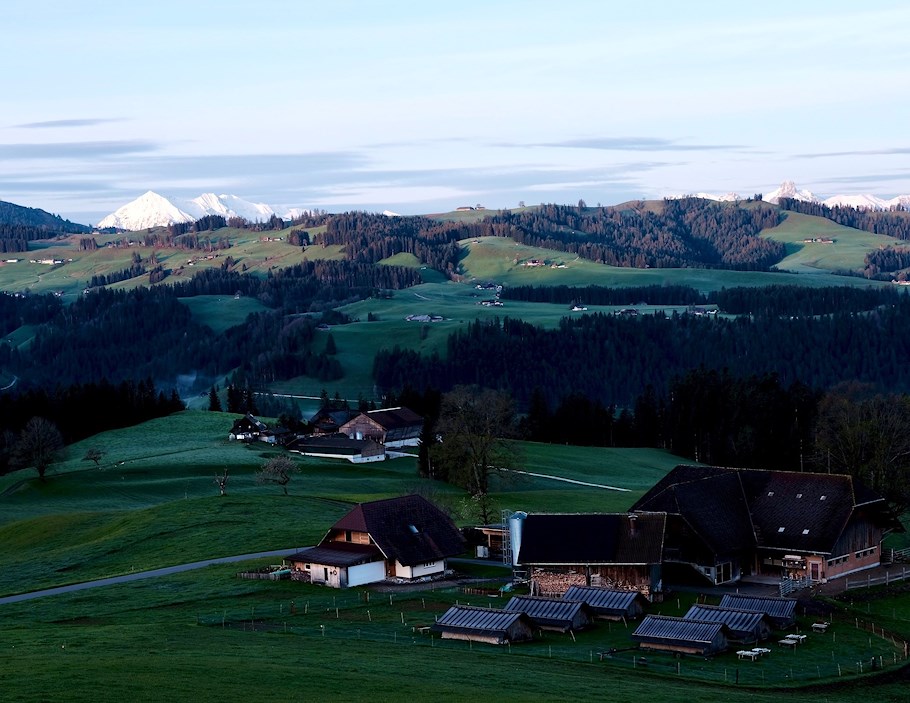 I had planned to visit a couple of historically well known water falls this Saturday before returning home and started off with the Reichenbach fall near Meiringen. This is where Sir Arthur Conan-Doyle had decided to end his novels about Sherlock Holmes by his fight against Professor Moriarty in his last book "The Final Problem", first published in 1893. While fighting for his to be lost life Sherlock must have had a wonderful view over the valley of Meiringen while being deafened by the water roaming down several hundred meters along the steep cliff walls. To see the waterfall close up, you travel in style up the mountain in a cable car if you do not want to hike and arrive sweaty at the base of the cascade. You can then climb up through the forest to study the different sections of this beautiful waterfall. This is what it looked like this sunny Saturday morning. Do you want to know what happened next? If so, stay tuned for part II of this post!!