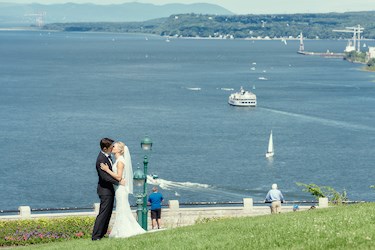 Tone Bernier The Playful Mrs B 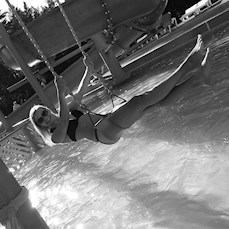 This blog is about day to day happenings in my life in California. Married and expecting our first baby.

Now finally found the time to write this down: How it all started. When you least expect it, that is when things always happen. I tried not to expected it every day so THAT day it would happen. But no, until it did I guess. On Thursday April 26th I had my weekly ob/gyn appointment, it started as usual with measuring my weight and blood pressure. Ob/gyn asked when I would like to get the baby, if we wanted to wait as long as possible before inducing or when? I said today, which she said no to. Not going to happen that fast. But I said I still hope. My blood pressure seemed thankfully okey this time in comparison from my previous weeks blood pressure that was high, which is one sign of preeclampsia, and together with my swollen feet, hands, face, had to be even more alert of other signs not to risk anything with the baby inside. I Also told about decrease in movements and elevated/high blood pressure in the late afternoons/evenings, as well as some headaches. After telling about my worries and symptoms my ob/gyn decided to take a peak inside with the ultrasound. She was trying to find amniotic fluid but could not find any, or had hard time of measuring because of the umbilical cord that was on the way. I asked what that meant? She said that well you might get your baby today after all. She sent us to labor&delivery part of the hospital to do more tests and make sure baby was okey and see if we would need to deliver the baby sooner rather than later.

At the labor&delivery we got in to the triage room, where they check you and do everything before you get admitted to stay and deliver. Blood pressure was good, but they either could not find much amniotic fluid, or not enough fluid for the baby to be safe inside. They checked my cervix to see my options for induction. I was a good 3cm, which meant that they could use a foley balloon to open it up to 5cm and see if that would help to start the labor by itself instead of using medication. So we got admitted and got our room to labor and deliver, #331. Before inserting the foley balloon they had to put in an IV to give fluids in hope to increase fluids in my body. It was a weird feeling to have a tube hanging out from down under, helping the cervix to open. But I kept hoping it would help while jumping on a yoga ball and playing cards with Mr soon to be father. I got some food to eat, snacks, drinks. No contractions really just hungry like usual. After the foley balloon the next induction options were a tablet or pitocin. Risk with the tablet was that it would go too fast and impossible to stop/take out once inside. While pitocin would be started with a small dose and be stopped at anytime. So pitocin it was. It is given from dose 2 to up to 30. From dose 4 I started to feel little bit of contractions, around 10pm, but not too bad so they increased it to 5.

Suddenly I started feeling super ill which is normal when in labor. But I felt so so ill that I had to spend a lot of time in the bathroom. I was puking and puking, literally all the food I basically just had eaten. Not only puking but bad bad diarrhea as well. Not normal in labor. They stopped the pitocin and gave me some medicine for the nausea. It did not help, not at all. Contractions were not as painful as I had imagined (hope for the best expect for the worst ;)), but my feeling ill and that was so insane. Nurses said I might have gotten a food poisoning because it did not seem like a normal labor nausea. It was also impossible to measure baby's heartbeat and my contractions while I spent my whole time in the bathroom, so it was important to get the nausea to stop. Sometimes when labor happens fast the body feels ill, so I tried the "laughing gas" when I got my contractions. Did not really feel any difference and having the mask on I was worried to puke in it.

Around 3am, they gave me the option to get an epidural which could help me with the nausea and I guess keep me in the bed lol. I was 7cm open and needed to get it now or it would be too late. I said I would take it if they thought it would help with the nausea. Never felt so sick in my life. Before getting the epidural they give medicine so you won't have pain when they insert the needle inside your spine. That made me even more sick! I got so high of that normal dose that I was literally not able to hold myself sitting. They got the epidural in, just when I was having a strong contraction and made it so hard to keep still. But I did. It takes around 30min for the epidural to start working. When I got it, they started to talk about urinary catheter I realized my fear for the epidural! To have to have that urinary catheter! I had heard so many stories about them, specially having them afterwards and how painful they are, so I did not want to have it. But having an epidural, you have to. Well well, there was no going back now, so in that went. On top of the epidural they gave me another nausea medicine to help. One or the other helped me get back to reality, which was good so I could start the real work of giving birth.

They say you can't feel anything with the epidural but I still did feel my contractions and the pushing part started. After pushing and pushing, it was getting closer and closer and soon it was time for our baby to arrive! That feeling! You know that all your hard work of pushing will soon be over and you will have your baby that you have been feeding and feeling inside you for such a long time. I was visualizing how the baby was getting closer to the opening and trying to tell her to help me to get her out and meet the world. Head was showing, with tons of hair, going back in with deep breathes and out with holding the breath. Counting down from 10 helped a lot to keep pushing. I was so thankful that my husband was supporting me so good, encouraging with kind words and holding my left leg and telling me how close it was until we got her.

Then it was time, the team for the baby came in, the doctor to deliver and me ready to push her out. I had to keep my pushes so they could take the catheter out and everyone be ready with their duties in the very end of the pushing. In total the pushing took 2h and she was out at 05:38AM on April 27th 2018. Our baby girl, our miracle baby, sent by the angels <3 So much emotions and love! She did not make a sound because she had just pooped before coming out and swallowed a lot of meconium in the amniotic fluid. She also kept on pooping on me when outside. They took her to the heater bed, put a tube inside to get all the fluids out. 7min later I could finally hear her cry. During all those long minutes, I just cried and prayed that she would be okey. Papa on her side, looking what they did and being there for her. Then I got her back to my chest. I feel so emotional now just writing about it. My baby <3

I had 2nd degree tearing (there are up to 4), so they stitched me up after the placenta was out. We got some bonding time, but they had to keep a good eye on the baby because of her water that got into the lungs. She was strong and was doing better and better with the time. They had to monitor her lot in the first hours and after 4h we got moved from our labor&delivery room to our next room, #369, where we would spend the rest of the time at the hospital.

It was an incredible experience, harder for my husband than for me, fast and not as "bad" as I had thought. Around 7h from the beginning to the end, counting from the first contractions I felt until she was out. I can still not believe she came out of me! How amazing life can be! Now I am a mother and I love every second of it.

I can't believe she is finally here!!! Such a long wait, that was all worth it. Super super happy and excited for the new beginning. Life is good. Just been chilling, relaxing, enjoying the sunny California days as usual, or maybe more than usual since soon there will be the life changing event and I don't know what to expect. Yet, I've tried to end my “vacation” with all possible natural inducing ways that I've read about and what others have told have helped.

-bouncing on a yoga ball/bosu

So far, nothing has helped. I guess my body just isn't ready yet. But now we are really close to the final count down, she should be here within 10 days for sure. I just never imagined it would go so much past all the "calculations". Soon 43 weeks from my last period. 42 weeks from my ovulation. 10 months pregnant and this love bubble is still growing strong inside me. I’m thankful for this pregnancy and ready for the next stage.

Now laying next to the pool, drinking a strawberry/orange smoothie and soon I will bite on my croissant that I bought earlier from the bakery. Weather is amazing, I’m just little bit extra hot these days because of the pregnancy but happy that we have a pool so can drop my legs into it to cool down. Keep calm and keep waiting.