Thank you for all the questions, it made this post a whole lot easier to make😂 and I’m glad to hear you’re all happy I’m back, because I’m happy too! Now that things are (slowly but safely) falling into place, my mindset will be more into blogging (and maybe even vlogging). You are all welcome to give me some advice on different subjects for me to vlog about😊 but now to the Q/A❤️

You’re amazing and inspirational. What advice do you have to give to a young and single woman such as yourself whos about to become a mother?

Thank you❤️ I’d recommend her to have a good support system around her that she can talk to when things get overwhelming. I’d also recommend in most cases for the mother to apply for full custody right at the start so she has full control over her and her babies rights😇

my baby’s daddy is so mean. He calls me fat and ugly and he doesn’t care about my daughttter. He only makes annoyed sound when I ask for his help with her. I am so sad my daughter is going to feel like I am but he says I have to stay because he is the daddy and love her but I don’t want to anymore because i think my baby deserve more and better. do tou have any help to give me?

Aw girl, so sorry to hear that. I have been there so I can relate 100%. Something I’ve learnt is that it doesn’t matter who the person is, blood or not, a toxic person is a dangerous person for a kid. It’s a hard decision to make, I know, and as a mother you’re so desperate to do the right thing for your child. There are professionals out there who can give you their professional opinion on the matter. But I’d say to take away all toxicity from a child’s life. You don’t want your daughter to have a childhood she needs to recover from. Let your daughter decide when she’s ready what kind of relationship she wants with her father.

I never thought that I would see someone under the age of 35 making instagram posts about Beverly Hills 90210. I was obsessed in the 90s. Team Brenda or Kelly? How did you find to love it? Who is your highschool crush out of the 90210 hotties?🤣 I have so much to ask about it!

Hahahaha😂 I love 90210 and I have for years! I am team Brenda 100%!! Always have been and always will be😍 I found out about it after the remake came out in 2008 and my mother was talking about the original one so I checked it out and it was true love from episode one❤️ My favorite hotties are David and Dylan haha😍 pm me on Instagram so we can keep talking about this. I have so many questions for you too😂

What is the one thing that you want to do right now that you haven’t done yet?

Oooh, that’s a very hard question. There’s a lot, I can’t just choose one. Right now I want to get the job I’ve been fighting to get, finish my studies at university, go sky diving, I don’t know, there is too much😅

Do you want more children?

I’d love more children with the right person when the time is right. But I’m not ready now. I want to spend my time with Noah and give him a stable home life first.

Haha wow, Noah is a whole lot more than just three words. He’s got a lot of character😂 but if I can only say three I’d probably describe him as kind, humorous and stubborn😍

Who is Sharon Tate and why are you so obsessed with her?

Goooood question. Sharon Tate was an American actress in the 60’s and married to director Roman Polanski. But when she was 8.5 months pregnant, she and her friends were brutally murdered in her home. My obsession started when I saw one of her movies (I like old classics) and I thought she was the most beautiful person I’d ever seen, and I also have a big interest in criminology so when I read about her awful death, I got more and more fascinated by her.

Favorite tv shows? Top three? And also, do you like anything new😂

1. Buffy 2. Friends 3. Beverly Hills 90210 or This is us 😬😂 hahaha, most TV shows I watch are pretty old, usually from the 90’s and the movies I like are like from the sixteen to the eighties. Haha I’ve even seen movies from like the 30’s or 40’s that I enjoy. There is a certain charm in vintage movies that modern cinema has killed. But yes, I enjoy new movies and certain shows😂 stranger things is amazing, and as mentioned this is us. There’s more of course, I watch most things, mostly horror and thriller but I love vintage.

Noah likes tv shows like his mama. He loves Paw Patrol, Peppa Pig, Blippi the most probably. But there are some Swedish shows he likes too such as Spöket Laban, and a few others😍

Bloooog❤️ I’ve missed you! I’ve had so much on my mind lately though that I’ve needed to take a break from most things, including the blog. So it was been a while which means I am a little rusty. So I was hoping that you readers (if you’re still with me) can help me out with my next blog post. Ask questions below in the comments, or on my Instagram story which I’ll be answering for you in a couple of days when I blog again. I’m going to start becoming active here again. A lot is happening, a new chapter is opening up for us which I am so excited about and I can’t wait to share it with my readers. And of course the most important part; Noah, the sprinkles to my life; updates on him will be coming soon. As well as other things such as toxic relationships, how to self care and so on. But for now please bombard me with questions that you want me to answer and I’ll do so❤️ but first, I have a question for you; I’ve been requested by a few to start vlogging... thoughts on that?

Sending out my love to those who need it today❤️ 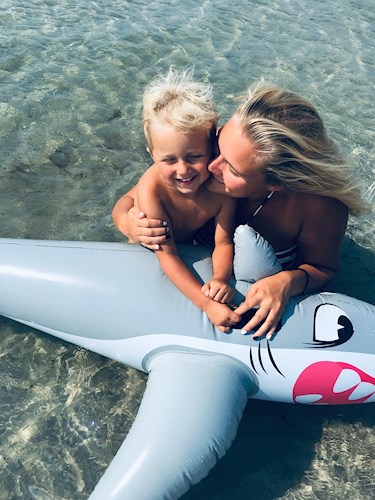