This post is a little different than my usual ones because this time, I thought that it could be Noah who tells me what I should write. After a cosy noon in the forest with a picnic and a troll hunt with his friends, I sat him down and asked him some questions that I wanted him to answer in his own words. My three year old is impatient so it took some time, but I eventually got it all down on paper. 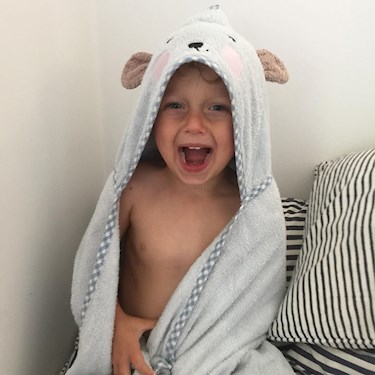 I am currently in Sweden and have been for the past two weeks. I've felt over exhausted about having so much to think about, and with my injury on top of it all, so I am taking a break from life at the moment and just letting myself relax a little. I've gotten a new job, which I am excited about; I don't exactly know much about it yet other than the fact that it has to do with creative writing, the education I started at university in Australia, so it'll be fun to finally test the waters of that field. When exactly I start, I'm unsure of but it's not long.

My knee is better, but it is not as good as I'd like to imagine it. I am very well aware that I'll need surgery sometime in the future, but for the time being, I stay active and pretend that there is nothing wrong with it. It is only at night time I feel a slight pain. I'm still looking for accomidation and that is probably the most stressful part of my life right now, but I'm looking constantly as I try to get my life together.

Now that I have a lot of free time on my hands for the next few weeks or so, I'll blog more. I'll make a blog post where Noah answer questions. It'll be super cute. If anyone have any other blog post suggestions, let me know for inspiration :) 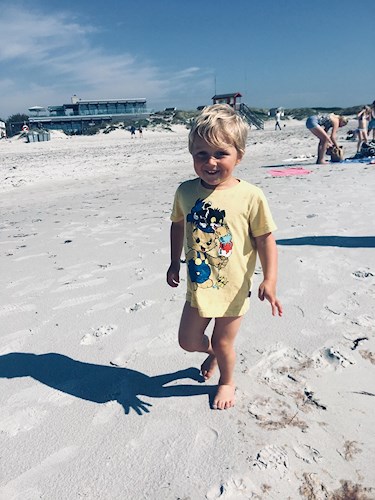 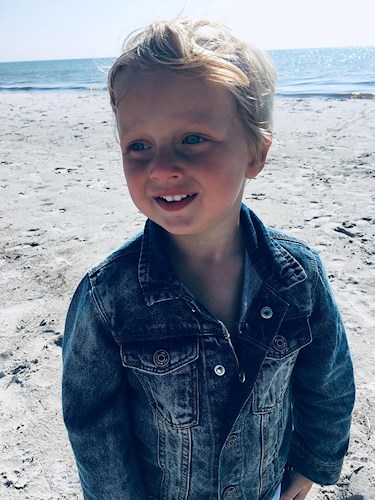 Good evening from an emotionally drained mother. This post is long overdue and I've started writing several posts but they never led to anywhere, so I'm posting today. Things have been hard lately and I just can't wait for everything to finally start to fall into place. In my last post I mentioned I was moving to Malaga, that plan is no longer in the cards, I tried but the plan failed me completely so I took the first bus back to Marbella instead, where I've made several friends in the past few months and grown to love it more and more, and I am trying to do everything and anything I can to stay here longer. We still don't have.a permanent home yet, due to the high season, the prises have gone up like crazy and the long term rentals are harder to find, but I try my best to find something stable, and on top of that I am also looking for work. I left my old job, and now ready to take on new challenges somewhere else, so all fingers crossed. On top of all that, I injured my knee a few weeks ago and I haven't seen my son in two weeks.

Over two weeks ago, I'd kissed my son good night and gone to bed, Noah wakes up and calls for me. I let him know that he can come lay down next to me, and all I did was move over. My eyes flew open from an agonising pain and when I looked down, I notice that my knee is literally beside my bed. My body cramped up and I went into shock. My mind went blank as I didn't even remember what number to dial for an ambulance so instead I call the last person I'd talked to on my contact list which luckily was my mother. I was on the phone, screaming and crying, Noah was doing the same from being so confused and scared. They help me remember the number for an ambulance which I later called. We woke the whole building up and my neighbours. a young couple, stormed into our room in panic. The girl started dressing Noah straightaway and they both tried to calm the two of us. A while later the ambulance came, after I'd been in that position for about two hours. The ambulance driver helped me get in position as he pulled my knee back into place... I can't even describe how that felt, it was so painful. He took us into the hospital, and Noah was with me the entire time. Noah was wonderful, he was my comfort and more. He held on to me tightly and kept saying how strong I was; I felt so loved by my little boy then. I was in the hospital for an entire night, and arrived back home at 7 in the morning with strong pain medication and a knee brace to hold everything in place. My father took the first flight over and was with us by 11am. I tried to stay as active as I could in my knee brace so we went for long walks where I got to show him around. A few days later, my father offered to bring Noah back with him while I get everything settled and because I couldn't exactly chase after my little boy or fully play with him. Two weeks have gone by now, and my knee is better, I'm off the brace, but I feel like I'm sill in the same position I was two weeks ago. I miss Noah so much, it is actually physically getting to me. All I want to fo do is hold him in my arms and never let go. Every mother feel like they fail their children at some point, and right now, I'm at that point, Not being there for him and caring for him like I should. I go back to Sweden on Saturday, but I'm unaware of how long I'll be staying. At least until things settle down. As mentioned, I love Marbella and we aren't ready to leave just yet but all I want at this point is to be with my son and let him know that I am here for him, I'll travel the world for him, and I love him more than anything.

Facetiming with my love is what I live for when we're apart! 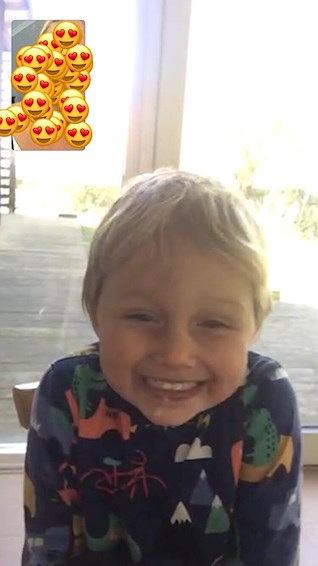