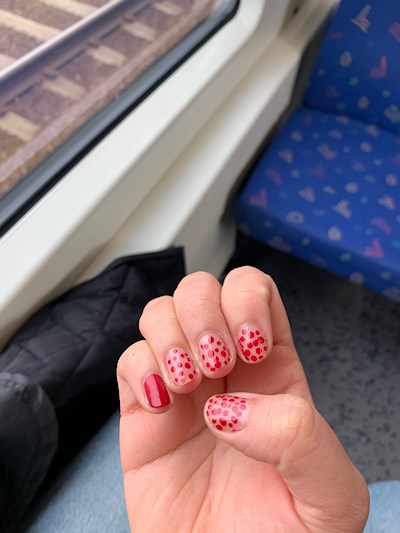 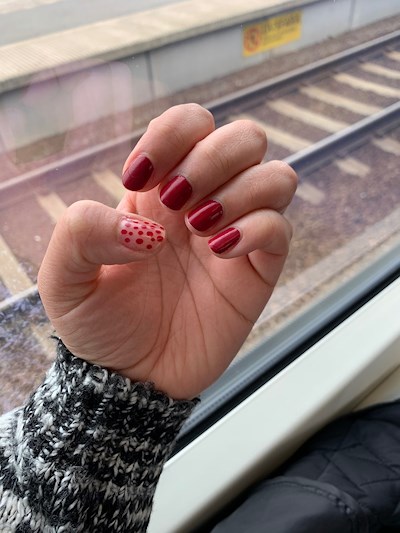 I'm the kind of girl that used to get my nails done at the salon once a month for quite a while before and really loved the look and ease of them. I used to document my new nails here on the blog and on Instagram all the time before. What made me stop was the fact that my nails grow so quickly and I'm such a visual person so the smallest imperfection would really annoy me and since they are supposed to last it wasn't as if I could just easily correct them, I did do the bad thing of pulling some of them off sometimes...

Once I moved out to my own apartment I decided I had to rethink my spending since my expenses would increase but I still wanted to increase my savings a tiny bit too~ I came to the conclusion that I would just stop getting my nails done since I wasn't enjoying it to the same extent anymore and would be able to redirect those extra 600-1000 SEKto something else.

I've been doing my nails by myself at home for like the past year now I think? It's been really fun taking care of them in a really good way and I don't think my nails have ever been this healthy and grown this long naturally before. Yeah, yeah I know the pictures I'll be showing you will not be anything impressive cause I recently cut them down for just practicality and to let them reset. They do still fray and break at points but believe me they have improved so much in comparison to my old nails. They would break at the millimeter growth. I think I'll start showing you my nails again? Even if of course are not the same quality or have the impression factor of when they are done by a professional I think it's still healthy to nails done at home for those who might be interested to give they nail beds a break from the gel or just want to start experimenting a bit at home~

What kind of nails do you guys go for at salons? Do you prefer natural or manicured nails? 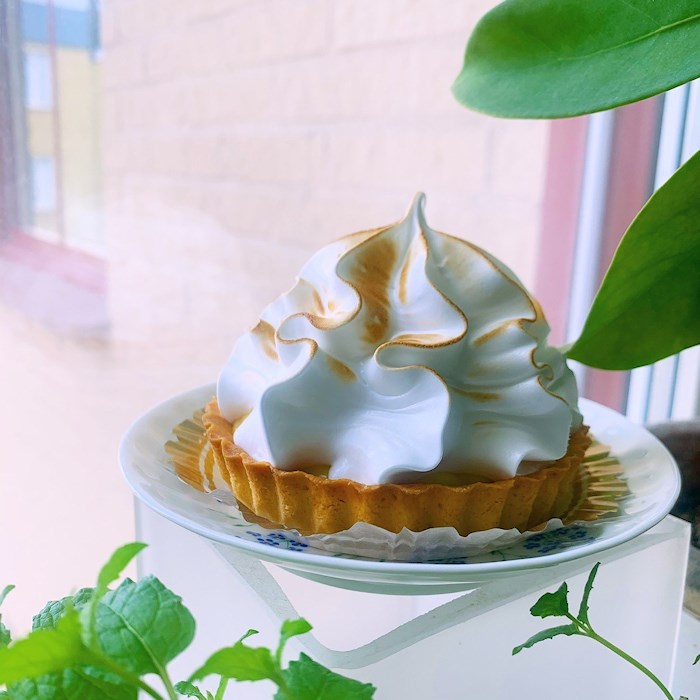 Today the weather wasn't as warm as it has been for the past days, so I went out to venture for some other type of sunshine instead.Aunty came back to Uppsala today, she is usually in Stockholm on the weekdays and comes back on the weekends. Today we decided to have dinner together at her place with mum and I. We went to the grocery store to pick up the last bits and bops for the dinner. Before gettin home I took a quick peek to one of my favorite cafes in the city called, Centralkonditoriet. It's a cute little bakery and café that always has a good selection of cute, delicious and fresh sweets available. The staff inthere are always super polite and helpful and the bakery is comfortably located in the central but still a bit away from the buzz of the city so you can properly relax.

It's situated on Vretsgränd on the way to the entral station, and the people that tend to be sitting at the few tables there are usually the senior citizens. They managed to find this hidden spot before us youngsters and I hope we leave the setas for them to enjoy in the future too~It's really easy to just grab some goodies to-go from the cafe and sit outside in the sun, bring some to work or a friend or home and that can actually be better at these times. That way we can support our local businesses while trying to minimize the spread of this damn virus!

Today I brought two pieces of lemon meringue tartlettes home with me to sare with mum. I would have bought aunty something to but she did find anything she was craving so she skipped it this time. I always get so excited ehen I see that they have the tartlettes or pastry called a ''Hallonbägare'' (raspberry cup ) cause these are my two favourite treats~ I couldnät wait for mum to get back from work and devoured my lemon tartlette as soon as we got home with my aunt but I'm sure she will indulge in it later with a cup of coffee~

What are your favorite sweets to get from a bakery ?

Another day, another post and another set of songs in the headphones. Iäve finally started to listen to new or at least different songs again after being hooked on A Japanese SONG for 5 days straight. For the past 5 days, I've only had a sad power ballad going through my headphones constantly and no other songs. I don't do this too often I mean I've always been the type of person that lives with some sort of music in my ears but it's rarely contained to just ONE song. I did have this happen with Ailee's song [singning got better] a couple of years ago.

Anyway back to this amazing song called Moratorium from a Japanese band called Omoinotake. I got recommended this song on youtube on one of my browsing nights. I think I had been looking at some like analyzing anime videos on like ''what is God in Fullmetal Alchemist'', ''Ai Yazawa and creating human characters'' etc, etc. It just got played after one of those types of videos and I got sucked in by the first notes music and once I noticed it was a somber power ballad I was sold! Just the piano, in the beginning, the drums coming in the SAXOPHONE, and the color in the singer's voice! You have me! I'm sold AND I will be listening to this until I grow tired! And I did. For 5 days straight like I said. I didnät even grow tired just accidentally listened to another song and broke the cycle yesterday which is nice too~

I'm actually listening to the song while writing this post. I just felt that it was easier than doing it than with something else in the background or in complete silence. I will add the music video that is also very gorgeous in the post. It's very simple with just two dancers doing some sort of modern dance show with the musicians around them playing their instrument in a black and white setting.

How are you guys when it comes to music? Can you listen to any language as long as the beat and feel is there? Or do you stick to what you can understand? English, native languages, maybe venturing out to some Latin music?