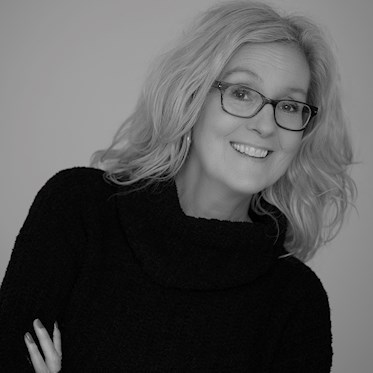 A few days ago I had the opportunity to introduce myself and my writing at Elaines blog. Today you have the opportunity to learn a bit more about Elaine and her writing. And to enjoy a short story by her!
Elaine and I "met" through Facebook as my husband and her went to art school together in Zimbabwe.

My first book, Harcourt's Mountain, signed by Tirgearr Publishing, was launched 15 August 2013. The reviews have been marvellous! Mostly five stars. It's been an exciting ride including being featured as a guest blogger on other authors' sites, a radio interview about the book, and having the book nominated for the 2014 RONE Awards! (RONE - Reward of Novel Excellence)
A short story I wrote for the 5th Annual South African Horrorfest competition was selected and featured in the anthology, Bloody-Parchment: Blue Honey and the Valley of Shadow.

ELAINE ABOUT HER PASSION FOR WRITING AND UPCOMING BOOKS

All those years of daydreaming at school have given me an unrelenting source of story ideas. My website is littered with short stories and first chapters of novels I'm planning. And I have a file with many other story ideas just waiting to be written. I'm in the throes of editing my second book, The Device Hunter, which is an altogether different animal to 'Harcourt's Mountain', both in genre and temperament! In addition, because so many readers have asked for it, I've also begun the plotting for a sequel to 'Harcourt's Mountain' and am working on a book based on a concept of my brother's. As well as about 3 more. Apart from white-water rafting down the Zambezi, I feel most alive when I'm writing.

I am, passionate about it. So, in November 2011, I decided to chase the new dream and put those stories on paper. Now, in order to sustain my story writing addiction, I am a content creation consultant. More about Elaines published work and information about where to buy the books can be found if you follow links below:

Spring, 1867 – The western frontier of British Columbia hardly seems a likely place for romance. Filthy, terrified and confused, HOPE BOOKER is waiting to be sold off the ‘bride’ ship. LUKE HARCOURT happens upon the sale. It’s not love at first sight, but he feels compelled to save her from a life of slavery and prostitution. To allay her fears of being raped, Luke promises never to touch her. Being a man of his word, this is a pledge he quickly finds almost impossible to keep.

Battling their growing attraction to each other, they must learn to live together in the forests of the wild and almost unexplored mountains. They face white water, Indians, wolves, and dangerous men.

No longer able to deny their feelings, their ‘happy-ever-after’ is shattered when a corrupt land baron forces Luke’s hand. Enraged at the man’s actions, Luke rides into town—and disappears.

Alone and pregnant, Hope faces the prospect of the worst winter in ten years. The trauma of fighting off a hungry grizzly brings on labor, but the baby is stuck. Luke meanwhile wakes up on a ship bound for South America, captained by a revengeful sadist who plans to murder him. Will Luke survive and make it back to Hope in time?

Bloody Parchment: Blue Honey and The Valley of Shadow (Anthology)

Elaine Dodge featured story: The Man with a House on His Back

Blurb for The Man with a House on His Back:

They say when you aid a stranger you could be entertaining angels. Perhaps. Perhaps not. Unless you can see beneath the skin, you might want to be careful who you invite in.

It is night, in a small village surrounded by a mist shrouded forest. A young boy begins the tale, but soon his grandfather, Old Jack, takes over. It is after all, his story; the legacy of the family. He recalls a similar night when he was just a boy and a tall, dark stranger arrived, begging for shelter. But the stranger is not all he seems.

By the time his true identity is revealed, he has almost persuaded Jack’s father to strike a bargain with him. A bargain that will tear his family apart. No matter what decision Jack’s father makes, their souls will be forfeit to the stranger forever. But the stranger hasn’t reckoned on Jack’s young sister.

They say time heals all wounds. Perhaps. Perhaps not.

A SHORT STORY BY ELAINE
Joe Simmons, the character in this short story, wasn’t happy with just appearing in this one story. He’s cropped up again in another, which you can read here: http://elainedodge.weebly.com/12-short-stories-in-12-months. It’s called GOING HOME

We first meet him here in ‘I Lie For a Reason’. I hope you enjoy it.

I Lie For A Reason
by Elaine Dodge

“The difference is, I lie for a reason.”

“Sir,” Brian Coxley sighed, “I’m sure your reason is excellent, but you still can’t lie on the smoked salmon. Please get up.”

I snuggled deeper down into the ice. “No.”

“Sir, am I going to have to call security, again?”

“Call whoever you like, I’m not leaving!” A small crowd had gathered. Which was hardly surprising, I was after all, an unusual occupant in the fresh fish display. There was the slam of a door in the distance.

“Simmons!” A loud and, I could already tell, obnoxious voice boomed out. I could tell because I’d heard it before. Yesterday, in fact, when I’d attempted a lie-in over the imported cheese section. That had been a mistake. My clothes smelled horribly of mould–and haddock, for some bizarre reason. Perhaps it was that which had caused me to seek out the salmon.

I did sympathise. It wasn’t his fault. But really, if you’re going to have such delicious fish in such nice, cold, crunchy ice you must expect to get liers. I didn’t plan on being there long. Just ten minutes or so, until my toes got all tingly. Then I’d pop off home, put the kettle on for a nice hot cup of tea and listen to tonight’s episode of The Archers. Perhaps some Bovril toast for supper. Toast…all nice and golden and dripping in butter and tangy Bovril.

You know, he was right. The salmon wasn’t a good idea. Pumpkins now. Perhaps I should try the pumpkins. It was nearly Halloween after all. I needed to get into the spirit of the season.

“Right then,” I said, “I’m off.” I could see the relief on Coxley’s face. Poor man. “Ta-ra!” I nipped out of the display, grabbed a decidedly shocked Mrs Thompson round her ample middle and planted a big, wet kiss on her cheek. Leaping on my motorised mobility scooter, I raced at a heady eighteen kilometres an hour for the supermarket entrance, scattering tins of baked beans as I took a corner on, what I’d like to think, was two wheels. One could only dream of such displays of motorised prowess.

Today was not a good day. I’d been moved on, and, not only was it raining outside, which made the fact that I was already cold and a tad moist a possible precursor to double pneumonia, but Constable Clod was just coming through the big glass door. Well, when I say he was coming through it I mean, unfortunately, that he waited, like a good, law-abiding citizen, for the wide doors to slide gracefully open before, as he would say, proceeding onto the premises. Bounding through, shoulder to the glass, shattering it, doing a swift duck and roll would have been far more exciting. But old Cloddy did everything by the book. He’d no more dream of crashing through glass doors, ducking and rolling than he would peeing sitting down!

The glass was probably the ‘this-will-need-an-armoured-vehicle-to-crack-it’ variety anyway. Grief, life was dull in Ditchling.

Ditchling! What a name. Lying dead in Ditchling. Hardly an improvement on ‘lying dead in a ditch’ now is it? Hence the quest behind my lie-ins!

Speaking of which, tomorrow’s another day.

Brrrr. Very cold now. My fingers are quite benumbed, as they say. Or rather, as anyone who has access to OED Online would say. Most folk these days couldn’t spell ‘numb’, let alone ‘benumbed’! Yes, I know I’ve changed tenses. Who’s telling this story? I’m ninety-three, I can change tenses if I want. Can’t change my underwear without help, but I can change tenses without anyone’s permission or assistance!

Where was I? Oh yes, the cold. With any luck I will get that double pneumonia. Ha! There won’t be any lying dead in Ditchling for me! When they talk about me down at the pub it’ll be, “That Joe Simmons! What a nutter. Did you hear? They found him lying dead in the Brussel sprouts!”