How can we, humans, have become so ignorant?

'We are designed to eat meat. Our bodies don't function unless we eat meat.'

'The government needs to do what they need to do in order to feed the people. If burning down that forest is the answer, so be it, and that's what they should do!'

'You do more damage to the world and the environment by driving your car to work each day than animal agriculture!'

Yes, I've heard ignorant statements like these, coming from work colleagues and friends throughout the years, but the ones above about this particular disaster that is happening right now in the Amazon Forest got the best of me. And I can't help but wonder how people can be this clueless in 2019? We are intelligent species, homo sapiens, which, (funnilly enough!), stands for Wise Man. Just let that sink in for a moment...

We all know the truth, yet all that matters is profit. This is the sad reality we live in. We consciously make the decision to ignore the facts for the sake of profit! And especially when it comes to the environment, we seem to close our eyes and look away, believing instead in the lies told by governments and people in power.

Seriously, how can we be this ignorant? I watched the movie 'Idiocracy' about a year ago, and I was shocked at the resemblances with our current reality. Remember how in the movie there was no water? All they could drink was a Sports Drink named Brawndo, because there was literally no water left in the world. So they watered their crops with this also called Thirst Mutilator? The movie, which takes place in the future, also criticises how civilisation's growing consumerism and dwindling intelligence resulted in a planet of imbeciles. Remember this? Or even how, in the movie, decades of pouring neon electrolytes on America's agricultural belt resulted in a nationwide dust bowl, but everyone is too stupid to figure this out?

How can we, humans, start going backwards instead of forwards? How can we be walking towards our own destruction instead of finding better ways to make our planet thrive, to be in harmony with nature and the environment around us; to protect the world we live in? 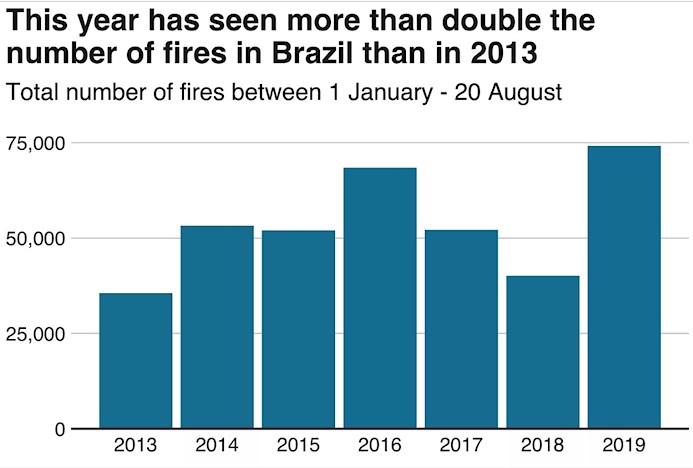 Yes...It’s true that wildfires often occur in the dry season in Brazil, but they are also deliberately started in efforts to illegally deforest land for cattle ranching! And if not that, then drought is to blame, which is also ultimately happening because of us...humans! The Amazon is responsible for producing 20% of the air we breathe! How can we allow for this to continue to happen?

The space agency confirmed that the large number of wildfires could not be attributed to the dry season or natural phenomena alone! When are we going to wake up?

Please stop posting everywhere ‘pray for the Amazonian rain forest’! Stop being hypocrites and take some of the responsibility. The fires are our fault! Yes, ours, humans’!! And they are an unmistakable sign of how we, humans, are radically reshaping the planet!

Shame on us! If you want to pray for something, pray for all of us, humans, to be eradicated from a planet we do NOT deserve! 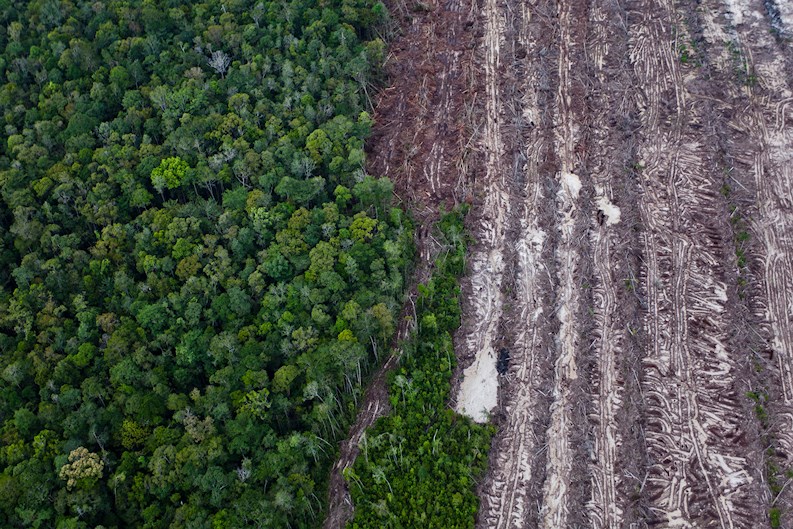 'The lungs of the Earth are in flames. The Brazilian Amazon (home to 1 million Indigenous people and 3 million species) has been burning for more than two weeks straight. There have been 74,000 fires in the Brazilian Amazon since the beginning of this year - a staggering 84% increase over the same period last year (National Institute for Space Research, Brazil).

Scientists and conservationists attribute the accelerating deforestation to President Jair Bolsonaro, who issued an open invitation to loggers and farmers to clear the land after taking office in January.⁣ The largest rainforest in the world is a critical piece of the global climate solution. Without the Amazon, we cannot keep the Earth’s warming in check.

The Amazon needs more than our prayers. So what can YOU do?⁣!

2. Consider becoming a regular supporter of the Rainforest Alliance’s community forestry initiatives across the world’s most vulnerable tropical forests, including the Amazon; this approach is by far the most effective defence against deforestation and natural forest fires, but it requires deep, long-term collaboration between the communities and the public and private sectors. Link in bio!

3. Stay on top of this story and keep sharing posts, tagging news agencies and influencers.

4. Be a conscious consumer, taking care to support companies committed to responsible supply chains.⁣ Eliminate or reduce consumption of beef; cattle ranching is one of the primary drivers of Amazon deforestation.

5. When election time comes, VOTE for leaders who understand the urgency of our climate crisis and are willing to take bold action—including strong governance and forward-thinking policy.⁣​'

Imagine all the people
Living for today (ah ah ah)

Imagine there's no countries
It isn't hard to do
Nothing to kill or die for
And no religion, too

Imagine all the people
Living life in peace

Imagine all the people
Sharing all the world

nwcmedia, wanderer, and likes this

It’s just so sad to think that we will simply destroy everything for money... I wish there was more we could do to help. We are the ones who deserve to be extinct. But hey... maybe when the “well indeed goes dry...”, which will probably be very soon...we will actually learn the leason. It will probably be too late, though.
nouw.com/simplymariana