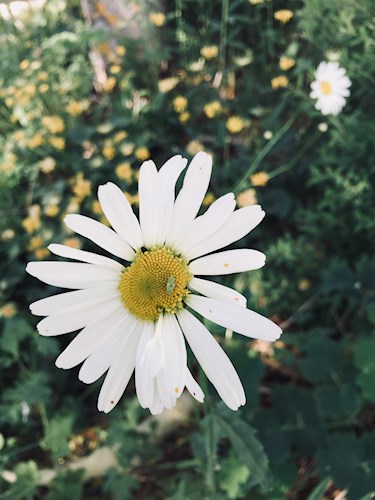 Sarahsophia
Sarah-Sophia
Mother of six. Firm believer of Jesus Christ. I like outdoor life, adventures, vegan food, hand crafts of all kind, flowers, gardening and many other things. First started writing in English so my English speaking friends in Finland can understand, but we will see when that changes.

This evening I went shroom hunting with my youngest and my oldest.

The oldest turned out to know quite a lot about mushrooms, even the Latin names of a few (!) I'm so impressed. He also taught me the name of a poisonous one called "destroying angel", which he of course thought was cool.

The youngest one collected small mushrooms into the basket but mostly helped herself with blueberries.

I can not be sure of this, but I think I read somewhere that in Finland we eat more unusual mushrooms than in other Scandinavia. For example the Swedish farmer thought of mushrooms as "poor man's food" in the old days, while in Finland we ate everything we could get for free from nature. Swedes for a long time had a habit of only eating a few well known mushrooms and leaving the rest, while in Finland it always has been very common to eat every eatable mushroom. It this isn't the truth then let me know, but this is what I read a couple of years ago as an answer to why the kind of mushroom called "riska" was eaten in Finland but not in other Scandinavia.

Anyway I found a good riska today, a tallblodriska (Lactarius delicios). Along with chanterelles, black trumpet mushroom (Craterellus cornucopioides), tegelsopp (Leccinum versipelle) and björksopp (Leccinum scabrum). I thought of drying them, but then decided to mix them and fry them. Next time I find more of the black trumpet mushroom and yellowfoot chanterelles I'm definitely gonna mix them and dry them. Or in opposite order. The thing is, I never feel so thankful towards God as when I find good herbs, mushrooms or berries, or anything good in the forest. So tonight I felt really rewarded for no good reason. Of course I wasn't being rewarded, and of course one should be thankful at all times since I have everything I need, but somehow evenings like this God feels more close than ever and it definitely feels like he sees me and knows me. Either it's only me being such a sentimentalist, but when I can really feel the it in my body it's like it's more real. Even if He's there, all the time every day, it's hard to believe sometimes.