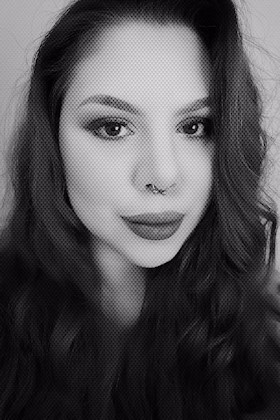 ​Ok guys so I have to tell you about this thing that happened to me when I was on a flight to London last year. WARNING! THIS IS NASTY AS HELL! But I laugh at it now!

I've had issues with my period for a couple of years now and it's been pissing me off. It come and goes as it pleases so I never really know if it's going to be a heavy flow or nothing at all. So I was on this flight, right, I was traveling on my own and I had a random guy in the seat beside me. It's 20 minutes left until landing and I can feel my belly starting to act up. You girls know the feeling. Anyway, I was literally like.. Oh god no! not here not now beause I can't leave my seat when we're about to land!... and then I felt the Niagara fall in my knickers. It felt like all my organs left my body. It was REALLY BAD! And I sat there, with a period pain from hell and the heaviest flow of the century. Luckily I did have a pad on but that shit wasn't enough. I could feel it leaking. I could feel my pants getting hot and sticky. It was HORRIBLE. The only thing I could think of was to not let it leak onto the seat. So I kind of raised my pelvis during the last 15 minutes. I was sweating, I was nervous. I was embarrassed. What if it smelled? The random guy beside me gave me strange looks...

So I got off the plane. I waddled like a penguin, while i tried to cover up my bum in case of a stain,  to the nearest toilet (which had to be absolutely miles away). Blood EVERYWHERE. On my thighs, my pants, my knickers were drenched. I know! This is nasty! The worst part is -- I didn't have my luggage! Which meant I had to clean myself up but still use the same knickers and pants until I could get clean clothes. I filled my knickers up with toilet paper until I could get hold of another pad or tampon. So I waddled out to the baggage claim, picked up my suitcase and ran to the closest toilet again. Still a heavy flow. The toilet paper was drenched. I was literally about to vomit because it was so bad. And my cramps had gotten way worse. So I got some clean pants on and fresh knickers but I still felt disgusting af. So I had to go to Boots to buy pain killers because I was cold sweating and the cashier was like "...Are you ok...?" and I forced out a "Yes........" but in reality I wanted to DIE.

The flow never stopped. I had to buy diaper-looking maxi pads and they nearly got drenched too. And since I'd only brought two pants with me I had to waddle to the nearest Primark and buy a couple of new pairs. Now, I didn't have a lot of money so it kind of hurt me lol because I hadn't put new pairs in my budget. I was terrified to go to sleep that night. If it would've leaked on the hostel linens I would've literally been done with life. I slept on my back the whole night & I couldn't get a proper rest.

So guys. That was the most horrific flight (and day and night) of my life. But things like this could happen to anyone. Like I said. I laugh at it now! I'm not really into hairstyling so that's why you all see me with my hair up in a bun every day. My hair feels like a hat because the strands are so thick and I get super sweaty. It's just easier to throw it up in a bun and keep it there and I really don't care about what hair products I use. However, I bought shampoo and conditioner from Löwengrip Care & Color. Isabella Löwengrip, a Swedish blogger and entrepreneur, is the creator of the brand and I'm really impressed with how her brand has grown these last couple of years. I remember when she announced her first products!

So I bought products from two different lines. The shampoo is from the "Workout" line and is gentle enough to use daily (hence "workout", you sweat and you might want to wash your hair after every workout). There is a conditioner as well but as I want my hair more silver than golden I bought the "Blond Perfection" silver conditioner. Now, I'm obviously not blond but it's supposed to work well on brunettes to get a colder tone.

I think it's good quality for the price: 159 kr each. They do the job and the top lids are great because I hate when you have to remove them (where the hell do I put them when I'm in the shower!?). Workout's fragrance is amazing (Apple & Lemon grass) but Blond Perfection smells slightly like... chemicals when it's supposed to smell like Copacabana. But it's not too bad. It took one wash to see a teeny tiny difference & I'm impressed! I've tried other silver conditioners but they take a couple of washes to show any effect whatsoever. My hair feels smooth & lightweight and it looks GOOD. I highly recommend these! Since I am a YouTube fanatic and a makeup artist, there's no way I could miss out on the beauties that are the Morphe-palettes. Every MUA and youtuber out there rave about them and I can see why.

I made my bestie pop into the Morphe-store when she was in Los Angeles and pick up a few pieces for me. Of course I told her to buy a couple brushes for me and I spent 1000 kr... But the quality is amazing and I NEED MORE...! I actually have 25% off on all Morphe products because I'm a certified MUA but of course I couldn't use it since I wasn't the one buying the products. But that's OK.

The 35T palette has got every single color that I love and adore. Taupes are my absolute favorites for any occasion. Just look at those brown, purple and rusty pinks. The 35U's got more fun, bright and shimmery colors -- perfect for drag makeup. I love them both because they're absolutely stunning!