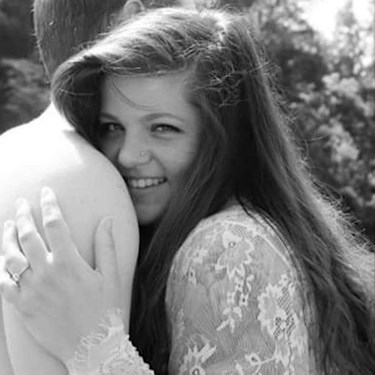 ​I think most parents have irrational fears about bad things happening to our kids.

I'm a bit of a spaz when it comes to this. I stay awake at night worrying about things that could happen, even though deep down I know the likelihood is pretty low.

Here's a list of the stuff that worries me the most. Some of it's a little weird.

I think about this all the time. I think about my middle schooler having to deal with this kind of crisis and I nearly have a panic attack. Does he know what to do? Will he hide like a good boy or will he try to be a hero? My little man is almost 11 and has earned the nickname "sassy pants" for a reason. He has that pre-teen attitude and I'm worried it's going to get him into trouble.

There are nearly one hundred thousand public schools in this country. The odds of there being a shooting at his school are fairly small. We grew up country. Everyone I know is aware of how to handle a gun. We grow up hunting and fishing and farming. This further decreases the chances as we small community country folk have more respect for life and firearms. We only kill what we need to eat. In my opinion, growing up this way makes you understand the true value of life. But I can't stop worrying about my boy at school, no matter how irrational the fear is.

I have perfect teeth. So does my best friend and both of my children's fathers.

Unfortunately, both of the kids are pretty clumsy. Not only is my toddler currently dealing with some kind of virus, he also has scratches on his face from his most recent fall. Every time I take his clothes off to give him a bath, there is a new ding on his little body. The oldest has great teeth but he is also clumsy. His father has a landscaping business on the side and my ten year old is always helping him weed eat and do other tasks. I dread the day when it comes home with a bloody mouth and missing teeth.

What if something happens while he's working with his dad? What if my toddler falls and hurts himself?

They might need braces, a root canal, or even a tooth extraction .

The thought breaks my heart. Both of those kids have been though more than children their age should have to deal with. Luckily, no matter what happens, they're always smiling and laughing. I hope to preserve those beautiful smiles for as long as I can by trying to keep them out of trouble!

I was raised in a Christian home. Despite this, the women in my family have always been a superstitious lot. They believe in ghosts and demons. They visit psychics and keep gems in their pockets.

This is a trait that was also passed down to me. As a semi-pro photographer, I've seen a lot of weird shadows and lighting issues over the years. But part of my thinks it could be something more sinister. I've seen a lot of "ghosts" surrounding my oldest son. The realist in me knows it's the lighting. Or possible something weird I did during the editing process. But the superstitious side thinks maybe ghosts or a demon could be haunting my kid. This both freaks me out and pisses me off.

How dare they haunt muh baby! What could he have possibly done to them?

On the other side of this, it could be the ghost of a relative watching over him. It could even be an angel. This is bizarre, I know. But I just can't help thinking about it.

I watch my kids sleep sometimes. I know it's really weird and a bit creepy. But I do it anyway. I'm the mama bear. They're innocent little boys and anything could happen. So I stay up late, much later than I should, and I just watch them sleep. I look outside sometimes for anything evil that could be lurking around the house.

Eventually, I just pass out laying next to one of them while feeling like a fool. The funniest part of all of this is neither one of them complain about waking up next to their mother. I suppose this is a good thing, but the toddler likes to play as soon as he wakes up. And sometimes this means slapping sleeping people around. Maybe I'm the one who really needs protection?

I love animals. So do my kids. One exception to this is horses. They freak me out. Being that I grew up on a farm and just moved back to it, I now see these wretched beasts on a daily basis. I'm always worrying that they're going to bite me or the boys.

Luckily, there is a small electric fence to keep this from happening. Unfortunately, the electric fence is something else that freaks me out. What if my toddler decides to grab a hold of it? The boy grabs anything that stays still long enough for him to grab it. Electric fence, horses, dogs, cats, bugs, pests.

I have nightmares about him being bitten by a copperhead or rattlesnake. He doesn't know any better, is completely innocent, and thinks all animals are his friends. As cute as this is, I know it could also get him hurt.

Both of my boys want to be men. And both of them think they know better than their mother. I'm told this is fairly common and one of the many reasons why sayings like, "boys will be boys" exist.

I don't think my irrational fears make me a better or a worse mom. I'm just a mom. I worry because I love them and want to protect them. It's part of the job.