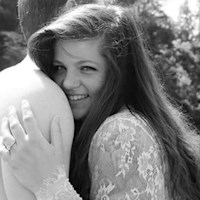 ​When I first met my soon to be ex husband, he drank like a fish and was also a chain smoker. To be honest, it grossed me out.

Despite my best efforts, I fell head over heels in love with the man. Maybe it was because he was everything I shouldn't have wanted.

He was younger that me and independent. He didn't take kindly to being told what to do. He wasn't really into being a step dad. My son hated him and still does.

I honestly didn't think that I could get pregnant again. When it happened, I had no other choice but to put my foot down.

He had to quit drinking and smoking.

Parenting didn't come naturally to him, but he did as he was asked. Now that we're done, he has started drinking again and that's fine. What really surprised me was that he didn't return to smoking cigarettes.

He has continued to use his vape.

At first, he hated vaping. It took about a month for him to get used to it. But after that first month, he loves it and it stays in one of two places: his pocket or his hand.

I'm really proud of the guy for sticking with it and making the effort. I know he's doing it mostly for his son which makes me kind of proud and happy. As it turns out, the real key was getting his temperature settings to his personal preference. If you're thinking of making the move to a vape, you should spend some time researching and learn more about the importance of your temperature settings. It can make all the difference!

My bff came up in the kitchen world and was a chain smoker for the better part of 15 years. He went on the vape right around the same time as my husband, thanks to being diagnosed with diabetes.

He has also had some success. His nicotine levels have been cut in half and he hasn't even been vaping for a full year. He plans on making another cut again soon.

I've been known to vape on occasion. I hate the smell of cigarettes and second hand smoke feels like it's choking the life out of me. But I don't really drink and when I get super stressed out, sometimes I'll hit a vape.

People hate bumming out cigarettes, but for some reason, no one minds sharing their vape. It's like it's a completely different world with a new set of rules.

I prefer fruity flavors as opposed to the cream and custard that my bff and husband enjoy. I don't think I'll ever make it a regular habit, but I definitely partake and a little bit of nicotine every now and then really helps me relax.

Do any of you vape on occasion? Did you use it to quit smoking? Leave some comments below. I'd love to hear more about how people are using these devices to change their lives.