Tilly in the U.S.Othilda i USA 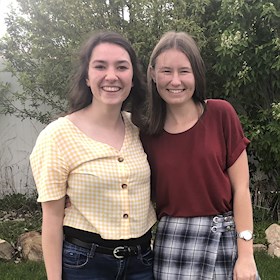 My name is Othilda and I'm a 17 years old girl from a city called Växjö in Sweden. The School year 2018/19 I'll be an exhange student in Ephraim, Utah in the U.S. Join me here on my journey across the Atlantic Ocean!

For posts in English, you can find them all under the category with the same name

So, Friday and Saturday, it’s been Scandinavian Days here in Ephraim and because of that there’s the Swedish, Danish, Norwegian, Finnish and Icelandic flags all over the town. I didn’t go on Friday except for around 10 in the evening when they had about 10 minutes of fireworks and I felt just like new year, and since we didn’t watch any on new year this made me very happy.

Then it was a parade yesterday where I came a little late, but I still got to see much of it, and it was really fun to see. It was not all with Scandinavia, but some were, and it was really funny. Additionally, it was people watching that had dressed up as Vikings or in clothes representing the countries, so I enjoyed looking at that too.

After that, I walked home again and spent some time at home before some friends asked if I wanted to hang out. So, I was picked up around 4 and we were about 10 in total. We hiked up in the mountains behind Manti to some stones and had some fun and got to know some new people from Idaho.

After that, we went home to one of the guys and played some games which was fun even tho I started to get a little tired towards the end. So we left around 7-8.

Today, I’ve not done very much. We went to Bethies house around 12 and were there until around 7, playing games and eating. And now soon my host parents should come home from Israel because they said after midnight and she’s like ten minutes past, so I guess we’ll see if I’m awake when they get home. I don’t really care cause I’m probably gonna talk to them first tomorrow anyway. 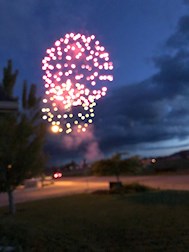 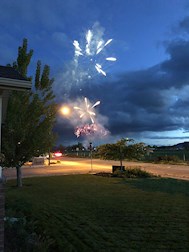 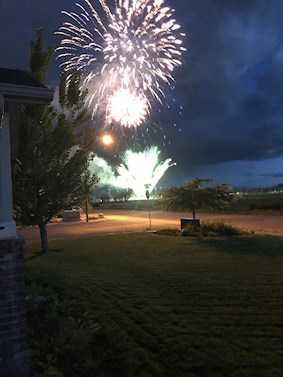 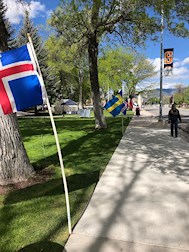 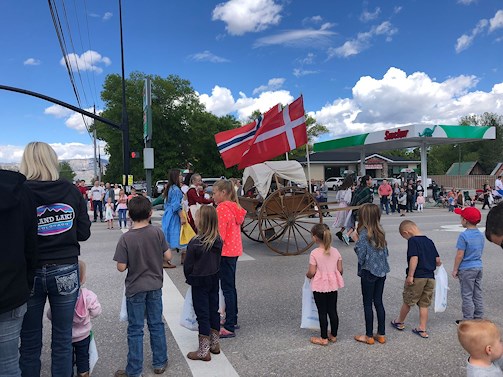 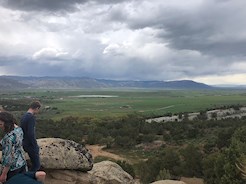 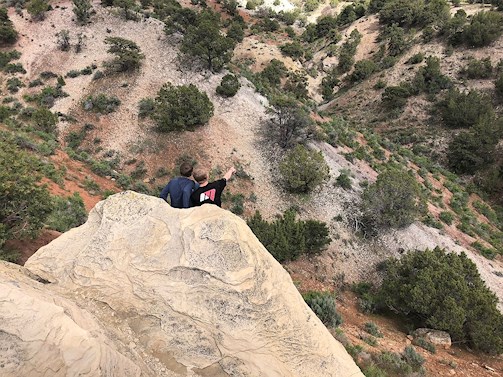 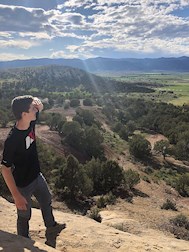 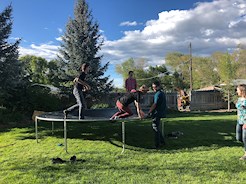 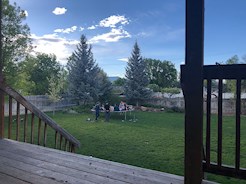 Friday, we had graduation. So around 6 I had some friends pick me up and we went to the high school. We found great seats even if something smelled of sweat right were we were sitting (I was sitting with a graduation friends’ parents and it was really nice).

I really enjoyed watching it and it was really fun to see my friends graduate. I mean, it’s sad to go but somehow its like easier when they’re going to college and I know that even if I still went to Manti next year they still wouldn’t be there so it’s kinda like as if I were graduating with them and going to another college, if that makes sense.

I’m just happy for my friends that graduated and many of them has great plans that I support 100%. And me and my best friend also decided about two weeks ago to get matching hoodies from BYU, which is the school she’s going to and the school that a lot of my host family’s been to which is really exciting. 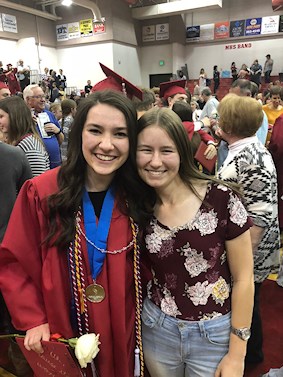 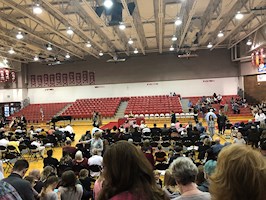 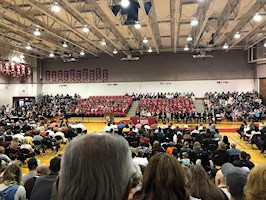 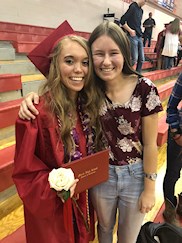 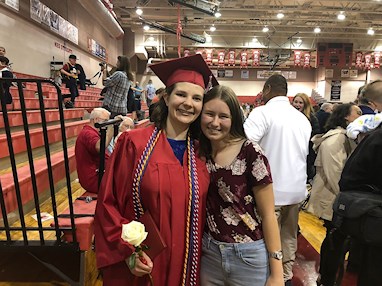 This day has been so fun, but I've also been so close to crying several times. So, we started early like every school day with the bus coming. I found some friends that I walked around with until around 8:10 when we could get our yearbooks. We were waiting for the lines to get short and the Juniors was the shortest, so we didn't have to wait for very long. Then we walked around and talked to people and signed each other’s yearbook until around 12 (some left earlier, some later, I left around 12:30).

My best friend gave me a ride home and there I had to decorate and get dressed because I was having a "see you later" - party with several of my friends. I had Swedish Candy (Marabou Chocolate and Dumle) and we had pizza for everyone. I had bought paper plates in blue with yellow napkins and matching blue and yellow cups, for the Swedish flag.

So, people started dropping in around 1 (except one who'd been there for like two hours already). The balloons weren't blown up at first, so we started with that and ended up playing with the balloons.

People came with time and we talked at first before we went to take pictures just before it started raining (we were lucky) and then played HiveMind which is a game I really enjoy. We also had a few more come (even though some had to leave before the game too).

Eventually people had to leave around 5-6 which is reasonable because it had been like 4-5 hours.

So overall, I had a really fun time and I’m glad I managed to get so many together at the same time which is not the easiest thing to do. I’m gonna miss you all and so many more – and I just can’t believe I have to leave this amazing place with all the incredible people that made this year so great! Love you all! 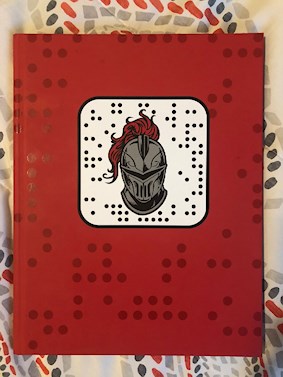 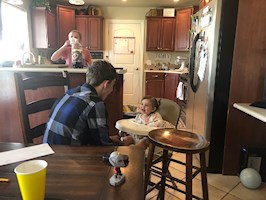 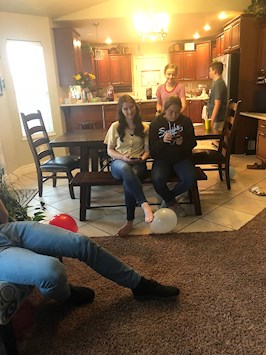 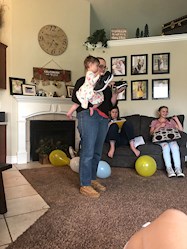 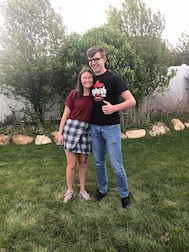 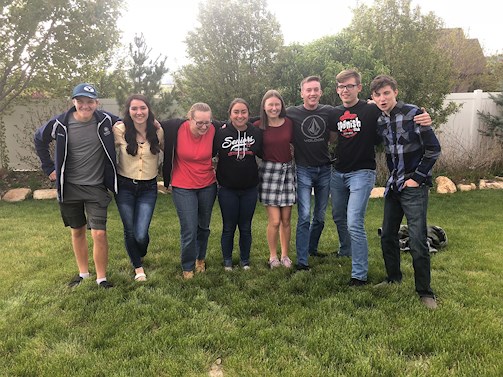 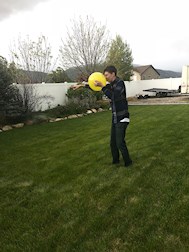 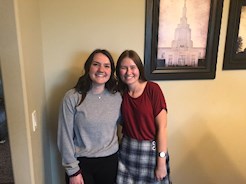 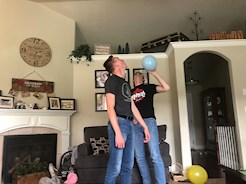 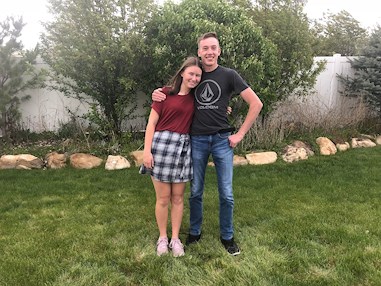 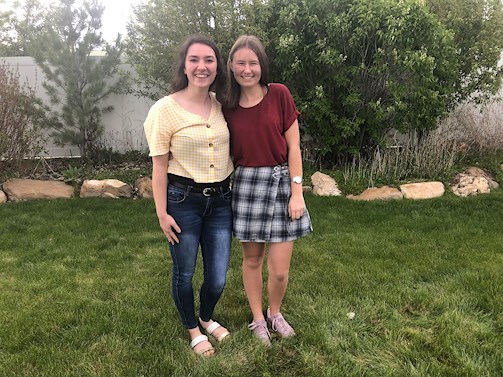