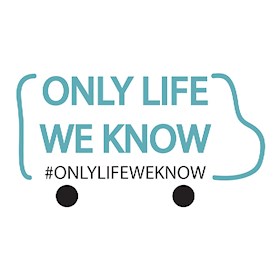 So we went back to Löwen-Adler-kaserne today for our documentary.
Once we got there it was really easy to get in. We were overwhelmed by the size of the buildings, they were huge. And it was so quiet, despite the big road with heavy traffic that is right outside the area, it seemed that no sounds could get pass the walls of these buildings. We were all alone, the only living thing we saw was a deer who run away as soon as he saw us. As we entered one of the buildings, watching carefully were we put our feet, we where even more surprise of how big it was. The corridors never seemed to end, and there were room after room with broken windows, old curtains flutter in the wind. Walls that was flaking and floors where we could still se the rest of the parquet, which now days would be worth a lot of money.

When we were on our way out, looking in to one of the rooms, suddenly we heard footsteps. When we called to see who it was, no one answered. We are not sure who or what it was. Another visitor? Or was it a soldier from the nazis who was walking through the corridors? It says that this complex is one of the most haunted places in Germany... This complex was built by Hitler, for educating his soldiers during the war.

It is probably most know for a story that took place here in the end of the war when the 12th army was stationed here. The army was lead by a general named Walther Wenck. He was ordered by Hitler to take his army to Berlin and save the city and Hitler himself who, during this time, was located in his bunker under Berlin. Wenck realized that it would be impossible, that all his men would get killed and that the city was lost, their resistance was to strong to defeat. So Wenck refused to follow Hitlers orders and took his army, which was around 9000 men, together with 250 000 civilian germans who had fled from the bombings in Berlin and marched south.

So in the end, after all the bad things he surely did during his time as a general, he actually saved a lot of people and was brave and wise enough to defy Hitler. Maybe his act changed the history. We stayed for a few hours, when it was getting too dark we started to find the way out of the huge area.
When we were passing by another building we herd someone whistle from inside. Was it that other visitor again? or the soldier? We chose not to find out and sped up our steps to get out to our van.