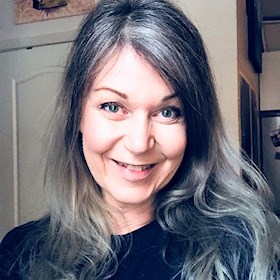 Oils you can trust

After years of experience and using different labels of oil products, I finally found the oils I love! It is so important to paint with quality colors, more then I thought it was when I started to work with oil. I thought it was only about skills, but that is not enough in the long run. Thank you Michel Harding, now my paintings really have the oils it deserve! I am so happy for a new deliverence of oil! They are just so amazing! My experience with painting with these high quality oils is an amazing good result. The depth and the feeling of painting with these colors can not be described, the best way is to test them and you will understand what I mean, so happy with them. I used good quality before but these colors are just so thick, smooth and clear to paint with that the result shines trough crystal clear! The new oils i use is Michel Harding oil color.

Whether you paint realistic or abstract, you can expect great results when using this product. Michael Harding is an uncompromising man who produces oil paint in his factory in the small community of Cwmbran, Wales. Since he started tearing color 1982 they have gained the reputation of being the market's premier oil paints. As a young art student, Michael was dreaming of painting as "the old masters". The phrase is well-worn, but the old paintings is still radiating - of a compassionate genius of course, but also of the vibrant life of the color layers. How did they do? How could the paintings last century after the century? Michael realized that one of the problems was in the materials themselves. A long journey took as a result led to a modest production in his own apartment. Due to the unusually high quality of the colors, he soon received orders from The Royal College of Art and The Victoria and Albert Museum. As explained in the blog post on quality grades, a new degree has begun to be mentioned: premium. Michael Harding's colors fall into that category. However, they should be seen as just what they are: clean craft products for discerning painters of a passionate craft. If you live in Sweden you will not find Michel Hardings colors everywhere, I have found one retailer that have them. Ferg.nu. And they have so much more good quality products that you need for painting.

Want to try, but not know how?

No problem. I have art Courses for beginners and advanced. Contact me for more info or see visit my page; NINABJORKART