AIKONIK has been shortlisted for the New Fashion Media Award by Graduate Fashion Foundation 2022.

Fashion digital media is a dynamic and flourishing part of the fashion industry with new media constantly evolving alongside traditional formats. GFF wants to find and celebrate the voice of a new generation. Project submissions are sought across the board of fashion new media that are innovative and resonate with the industry including websites / app development / blogs / online channels / social media strategy and campaigns.

Here are a few words from founder Tronella “Toni” Atim:

This nomination has only motivated me to work even harder to take AIKONIK to higher levels. I am beyond grateful for this opportunity and can’t wait to formally present my work in front of the panel of judges!

AIKONIK [ai·ko·nik] allows you to gaze into the future of women’s streetwear fashion. We are at the forefront of streetwear with a vision to not only be an information hub for women to engage with the culture, but also allow them to find holy grails in their true sizes. We are switching up the formerly male- centric market with our own rendition.

The streetwear scene has predominantly been run and dominated by men throughout its history. Women’s collections have often adhered to the so-called “shrink it and pink it” strategy, where leading brands offer girly colorways in women’s sizes, instead of the standard options offered to men. This has not been appreciated by many of us female streetwear and fashion enthusiasts.

I believe women should have a streetwear platform that prioritises them and ensures that they can enjoy streetwear culture with the same privileges as men. We have been routinely alienated within the community, despite our strong consumer force.

Women are not joining the conversation; we are driving it! 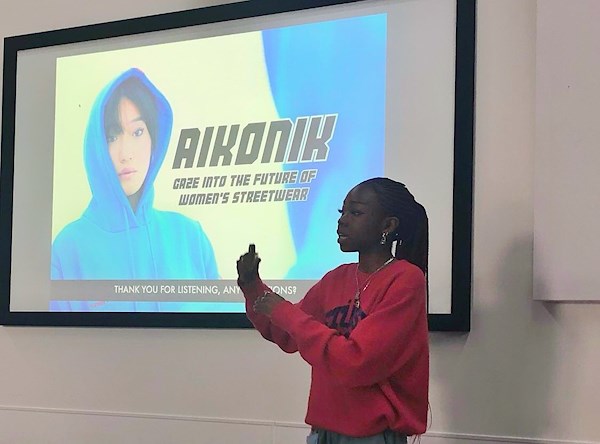 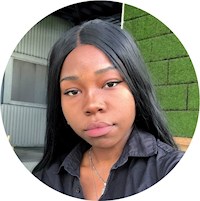 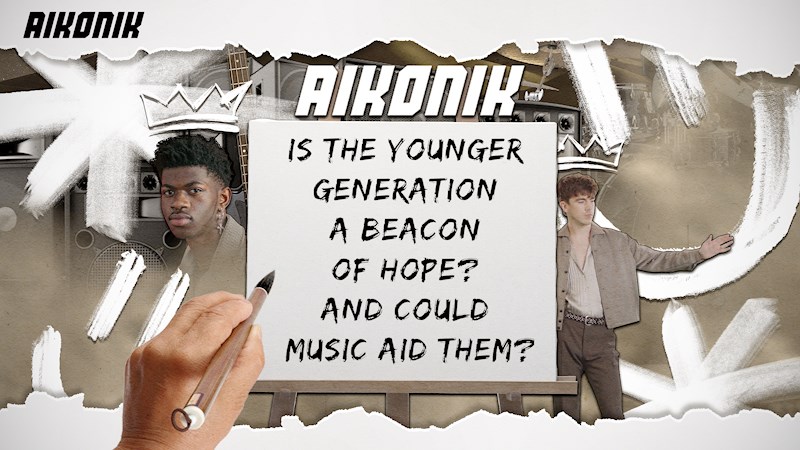 As mentioned by Karl Mannheim, the concept of generations is "to distinguish social generations from kinship as a group of individuals of similar ages whose members experienced a noteworthy historical event set within a set period". Examples of generations include "Baby Boomers", "Millennials", and most recently "Generation Z". Much of present- day society is aware of the distinction between these generations, the benefits and the challenges each generation have faced, and in the case of Generation Z is to face.

Generation Z is expected to solve the problems of the future, and these problems range from climate change, racism, homophobia, sexism and much more. But considering the oldest of Generation Z are just 24 years, these problems will more than likely not be solved for quite a while since the very institutions and organisations needed to solve these problems are run by "Baby Boomers". Otherwise known by their shorter title "Boomers", they are the generation born after the establishment of the United Nations in 1945.

As a result, their understanding of the world is very different in comparison to "Millennials" and "Generation Z". "Boomers" imagine the world as a place in which looking out for themselves is the most important since others only seek to do you harm. Hence their strict immigration policies, little regard for the environment and persistence in armed conflicts. But even "Boomers" will not hold these positions of power forever, at least in the genuine democratic countries of the world.

"Millennials" will take their place and eventually "Generation Z", and each, as believed by the previous generations, will change the world for the better. But to what extent? In regard to music, in particular, the changes are very evident. Music by "Millennial" artists touch upon sensitive issues such as race and sexuality, whereas music by "Generation Z" goes the extra step and portrays these issues in artistic ways. 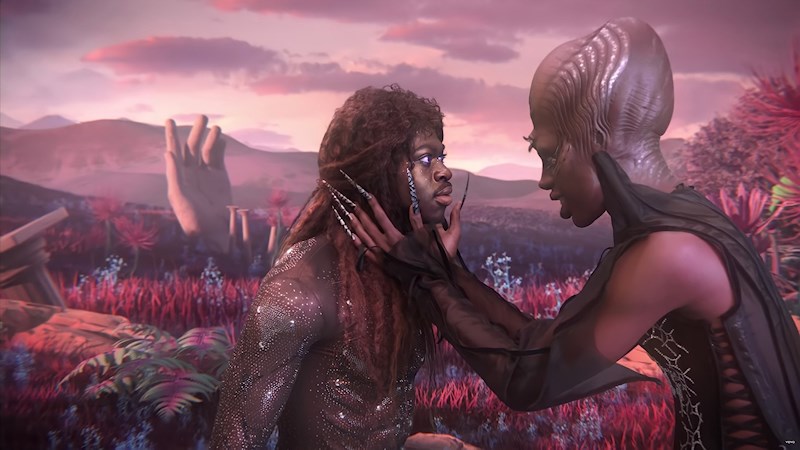 An example is Lil Nas X and his music video for his song "MONTERO (Call Me By Your Name)," which portrays his sexuality. Of course, in the past, in his song " Lay me down", music artists such as Sam Smith have portrayed their sexuality in the form of a music video. But what makes Lil Nas X unique is that he had done so in a music genre well known for the sexualisation of women by male-dominant artists. Although created by "Baby Boomers", Hip Hop has always been a music genre that glamourises gang culture, violence, drug culture, and the sexualisation of women. Still, fans of Hip Hop have not necessarily been involved with any of these things themselves.

As Lil Nas X has done, he has utilised the prowess and the imagery associated with Hip Hop to adequately represent himself and allow those unable to relate to other hip-hop artists to have someone to relate to, and to some extent, even inspire. Meaning that matters of sexuality will be more prominent in the future, so those afraid of coming out in the way they want will no longer be as afraid, particularly those from ethnic minorities like Lil Nas X, who live in a world that is still institutionally racist regardless of what government-licensed reports are put out to prove otherwise.

Artists such Kendrick Lamar and J Cole are well known for rapping about conscious matters, such as racism. Despite both being "Millennials", they stand out amongst a majority of artists who only feel the need to rap or sing about materialistic matters. Of course, this is not to say there are not music artists who cover conscious matters, but they usually tend to come from different genres, the most notable being "Indie", short for independent. 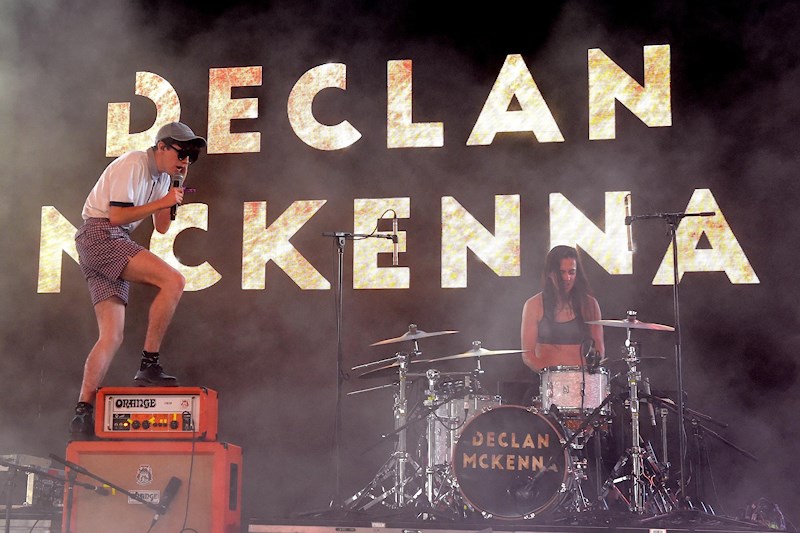 Declan Mckenna, a British Indie artist, part of "Generation Z", is a music artist that covers conscious matters. Still, in the case of Declan Mckenna, he tends to cover British Politics, most notably in his song "British Bombs", where he states the hypocrisy of the British government and condemns the bombing of Yemen by British warplanes.

Considering the low turnout of young people in the 2016 Brexit Referendum, Declan's Mckenna's song on Spotify alone has over 24 million plays, meaning that young people are more inclined to hear politics through a medium that best resonates with them, in this case, music. As opposed to watching or reading about it since this does not capture their attention or influences them enough to engage with political discourse. Nonetheless, even "Baby Boomers" had political songs, most notably Edwin Starr and his song "War" or the band Creedence Clearwater Revival and their song "Fortunate Son". Which were both anti-war songs and so, in essence, made them political by default. But considering both songs are still prevalent in society, it shows the younger generation has a rather long way to go before they can be a beacon of hope. But that is not to say they should not try and change the world but rather find ways to motivate others because they too can change the world. 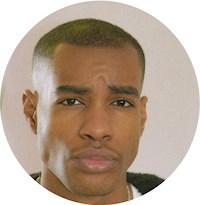 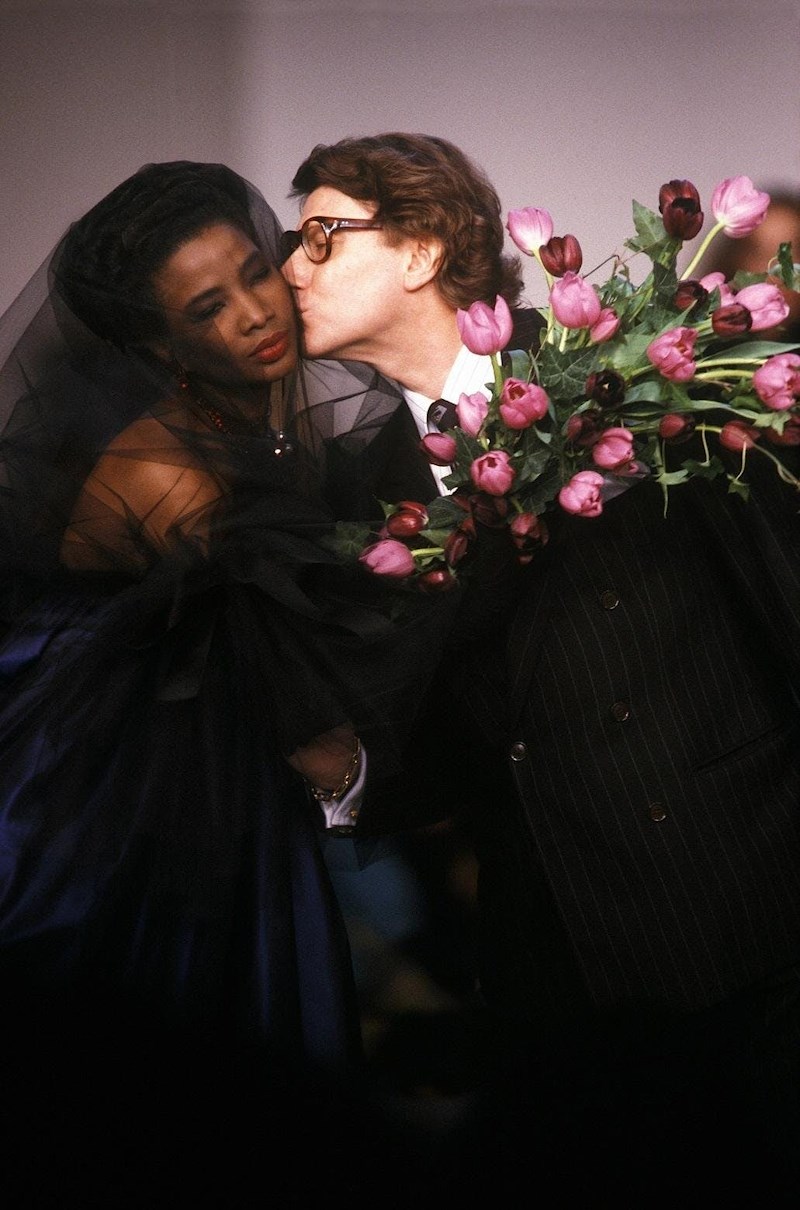 Yves Henri Donat Mathieu-Saint-Laurent was a French fashion designer who founded his eponymous label in 1961. He is known to be among the most notable fashion designers of the twentieth century, who was also known for his ability to adapt his style to accommodate the fashion zeitgeist during that period. Yves Saint Laurent has been highly praised by the fashion industry for being one of the first designers to cast black models and other people of colour on editorials and runway shows. Black model Mounia was also one of his favorite models and his muse.

Yves Saint Laurent’s admiration for black models was almost undeniable, he once described it in an interview with the French press, stating that, ‘It’s extraordinary to work with black models.’ He continues in a rather exotifying manner, ‘Because the body, the way they hold their head, the legs... is really very, very provocative.’ This description alone has the power to change the whole narrative of his motives when hiring black models. Not only is it sexualizing the female body, which is an act that is rooted in the foundation of the fashion industry, but also fetishizing. The language of which Saint Laurent uses in the portrayal of the black physique marks the individual as an object of a sexual fantasy or fetish.

This puts us in a paradox as we find ourselves in a dilemma on where to draw the line between fetishizing and appreciating, as the two can easily be confused with each other.

Cultural appropriation is simply taking one aspect of a culture that is not your own and using it for your own personal interest, perhaps in the same way Yves Saint Laurent could have monetized black bodies to cause controversy and draw attention to himself and his collections. Cultural appreciation, however, is when one seeks to understand and learn about another culture in an effort to expand their perspectives and cross-connect with other cultures. In addition, is also about giving credit where it’s due and ensuring that you provide a platform to the people of the culture you are borrowing from. Similarly to how Saint Laurent continuously put his black models at the forefront, not only giving them the same opportunities as his white models but also making sure to put in that slight extra effort allowing them to engage the spotlight, despite the criticism from media and society.

With all this in mind, although Yves Saint Laurent’s sexualizing tone when describing black female bodies can make one question his motives, it could perhaps have been the mere use of language found in the fashion industry at that time. That is to say, his view of the “provocative” black models might have purely mirrored the standard manner of observing models of other races at that time. What can be said though, is that it seems highly unlikely that Saint Laurent had any ill intent. Despite his suggestive statements and tone that wouldn’t be considered “politically correct” today, is his time, he showed the utmost love and appreciation for his black models and even went out of his way to put them on a pedestal in the best way he could at that time. Even if some people today would argue that there was in fact a slight intention to use black models to gain publicity, they can’t possibly deny the fact that he was indeed one of the key factors in paving the way for black faces in fashion. Perhaps black fashion stylists, photographers, magazine editors and even designers would have had a much longer time to wait for their first step into fashion if it wasn’t for Yves Saint Laurent. Whether this is something to celebrate is debatable, nonetheless, it’s something to note when discussing the history and impact of Yves Saint Laurent in our modern time.