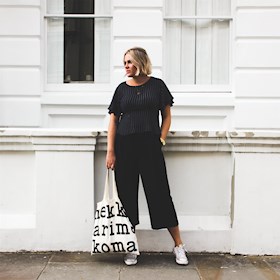 this was my first time participating in the Helsinki Twilight Run which is organised at the beginning of August. Contrary to popular belief it's not a vampire themed run, but plays on the fact that the sun sets really late in the nordics over the summer! so the race starts in the evening so that you are racing during twilight. It offers different distances (5km to half marathon) and I recruited three of my friends to join me in the 10km. I set up trying to keep up with my friend Karin, but had to pull back when we reached to the first water station at 4km. In my usual fashion I went out too fast in the beginning and payed a high price for it. Running through this part of Helsinki is something I seldom do, so it was a nice route, it's not a big race though so the marshalls had problems with angry drivers who had to stop to let the runners pass through. My training had been very sparse so I finished with a time a little bit over an hour and was rewarded with a finishers medal and some really tasty protein bars ha. The finish itself was quite brutal because it ended on the beach, but all in all a very fun experience!