Mathildalassenius
My name is Mathilda, and I am 20 years old. Ex-alpine skiier and trying to figure out what to do with my life. 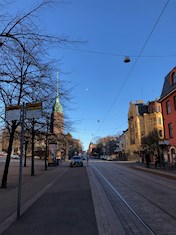 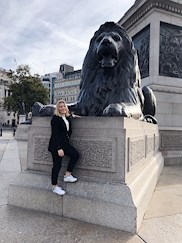 A lot has happened in a year, I don't want to go in to all the details but these are the biggest changes in my life;

• I have stopped skiing

• I have moved to my own apartment

• I am finishing the last part of my gymnasium

• I am recovering from a mentally difficult time

The first change happened in the beginning of 2019. I was in a really mentally bad state because of an awful fall (2018). My team had a lot of problems and the coach wasn’t educated enough to deal with a team with four girls. So everything was shit and I had started to hate skiing, which is ironic because that had been my safe place for many years. I made the biggest choice of my life and decided to leave skiing behind. I am still really happy with the decision.

When you stop doing something that have been a really big part of your life, I felt overloaded and fell into a black hole... Not seriously but I like to think so. I was fighting for who I really was, I had no idea who Mathilda Lassenius was without skiing. I have always been the one whose always on a skiing trip or training. The change from having someone else saying where to go next on a camp to having no plans was a shock. I started stressing about everything, like what will I go and study, I need a boyfriend, I hate my parents and so on. And it felt like I could never rest with my thoughts. So to summon up everything I was like bambi on ice having no clue what to do.

During the summer I was working at the Helsinki Marina for a second summer. I had a higher position than the year before which was very demanding but educational. But it left little time for me to work on myself and I started to sink into the black hole again...

In the fall when I usually go on skiing camps I had the matriculation exam, exams you take at your last year of gymnasium. I had to get my shit together because of course I had not been reading during the summer holiday for my biology test. It was an intense fall but even tough at the time it felt really hard everything went well! Mentally I was still struggling but it started to ease when all the stress from the exams started to go away.

I decided that it was time to move to my own apartment and after finishing the fall exams we found a nice apartment in the middle of Grankulla. By having my own apartment I have had time to focus on myself and my well being. The change has been really good but by knowing that I will have to choose where to study in less than 2 months I feel a bit stressed, and it doesn't help having to write the rest of my exams soon...

But I know everything will be alright in the end and it doesn't really help to start stressing too early at least for me, stressed last year about my future education and I am still in the same boat not able to do anything yet and having no idea what I will do next! 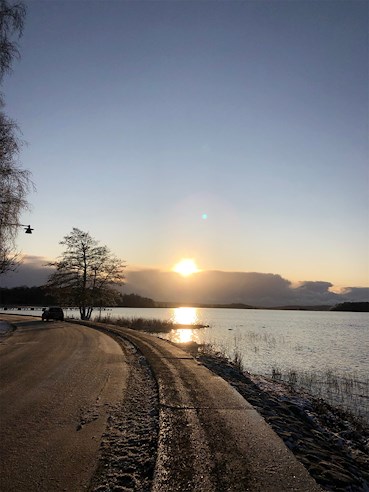 I am right now in Levi preparing for the world cup. We had the qualification last week and I qualified for the race!! It's going to be my first world cup race and I am so excited! Last year I was a forerunner and it was so fun to be a part of the race. I am really excited that this season will start with a new experience and I hope there will be more to come through out the season. We arrived in Levi almost two weeks ago and got to ski here for a week. The weather was quite warm but we still had a chance to ski two trainings on the world cup slope. On last Sunday we headed to Salla where we skied for three days. In the beginning my skiing didn't go so well and I was a little bit stressed, something changed after the first training and I started to feel more comfortable while skiing. And the skiing was back on track! We are still skiing on Friday, which I hope will give me a good feeling before the race on Saturday.

If you want to see me ski on Saturday you can see the race from Yle areenas website. I don't know my starting bib yet but I think it might be around 70.

It is going to be difficult race but I will give my best and my goal is just to get to the finish line! Second camp of the season has already started. First we went to ski in an indoor skiing slope in Druskininkai, Lithuania. To be honset I hated it. It shouldn't be called skiing it should be called sliding on ice, but it is good to do things that you dislike so you can improve. You can only ski slalom there because it is a really short slope, but still longer than Grani backen! The slope is not difficult and you can concentrate on your technique. We were there for four days and had one day of in Vilnius, from where we flew to Munich. Spending the day in Vilnius was fun. I went walking around in the old town with Inka. Jupe joined us for coffee after a while.

I had my camera with me while walking and took a couple of photos. I am not sure how to use the camera correctly yet but I hope I will learn someday! We have now skied in Hintertux for about a week. The slopes have been quite icy because the snow has melted and the only thing left is the glacier ice. We have yet only skied giant slalom, which has gone quite well despite the harsh conditions. I have still a lot of things to improve but the first steps are already looking good. After skiing four days we had two days off from skiing. On the first day we did physical training. I haven't done a real weight lifting training since the season started. So it was nice to feel the strength in my legs. On the day off I was just chilling at our apartment and of course eating a lot of food.

I will still have about 10 days of skiing before we go home. If I have time I will try to write another post at the end of the camp!