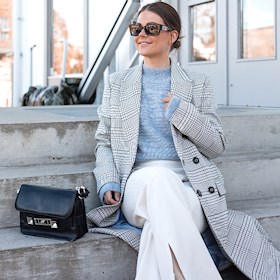 For kommersielle samarbeid kontakt meg på e-post [email protected]
We spent the last three days of our vacation in Bangkok. Since we had a stopover in Bangkok on our way home it was a good opportunity to spend a few days to see the city. Unfortunately the bombing happened and it happened just a few days before we were traveling to Bangkok but we decided to go anyway. I think Bangkok was a big and stressful city, but it was still nice to experience the city. Since it was only a few days after the bombing, we chose to avoid the main tourist attractions. We spent our days shopping, eating thai food and walking around the city to among other places Lumini park which is Bangkok's central park. The first night we had dinner at the balcony at Baiyoke Sky Hotel which is the tallest building in Bangkok. The panorama view was amazing and after dinner we went to the roof top bar. If you are planning to visit Bangkok I would recommend dinner at Baiyoke Sky hotel but choose to sit outside on the balcony. Another ting about Bangkok is the traffic, it takes a lot of time to get around. Also, if you want to take a Tuk Tuk, be prepared that they will try to fool you. If they ask if they can stop somewhere on the way, do not say yes if you don`t have an hour or more to spare. It was often difficult to explain where we were going even though we had the hotel name and address with us. A piece of advice is to have the hotel address written in Thai with you.

Over to you! Have you been to Bangkok? Any recommendations on things to do in Bangkok?

During our vacation in Phuket we took a day trip to explore the Islands of Phang Nga Bay. Our first stop was Hong Island to go canoeing in hidden caves. When we got to Hong Island everyone got their own guide paddling the canoe. The scenery of caves and lagoons, known as "hongs" was so beautiful. Canoeing was the first part of the day trip and after we had been canoeing we went back to the boat who took us to the floating village of Ko Panyi where we had lunch. Ko Panyi is known for being built on stilts by Indonesian fishermen and have a muslim population of around 1700 people. After lunch we went to the most famous of the Islands in the bay which is James Bond Island. The island is known from the James Bond movie “The Man with The Golden Gun” and it is a popular tourist attraction. It was a lot of tourists at the Island and it felt a little crowded. After James Bond Island we went to the last stop of our day trip, Lawa Island. Lawa Island was a lot less crowded, it was almost just our group at the Island and we relaxed at the beach before we went back to Phuket. Here are some pictures from our day.

The floating village of Ko Panyi:

The Phi Phi Islands are famous for being Thailand's most beautiful islands and since I didn't visit the Phi Phi Islands last time I was in Thailand I was very excited to explore the islands this time. We took a day trip where we visited Ko Phi Phi Don which is the largest of the islands and Koh Phi Phi Leh which is known from the movie The Beach with Leonardo Dicaprio. The islands were so beautiful with white sand beaches and turquoise blue sea. During the trip we stopped in several places around the islands where we jumped off the boat to go swimming and snorkeling. We visited among others Pi-Leh bay, Loh Samah Bay, Monkey Beach, Maya Bay ("The Beach") and Phi Phi Don where we had lunch at the beachfront restaurant.