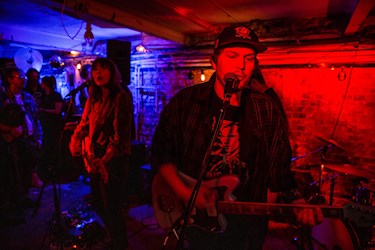 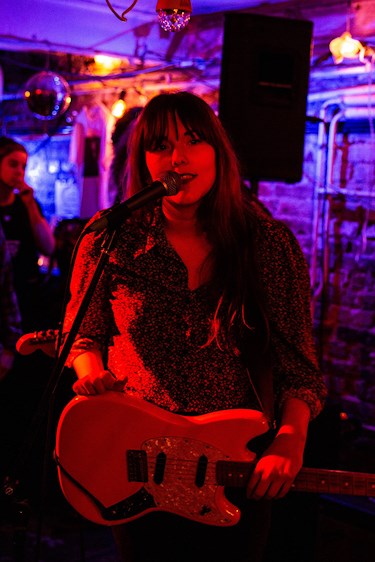 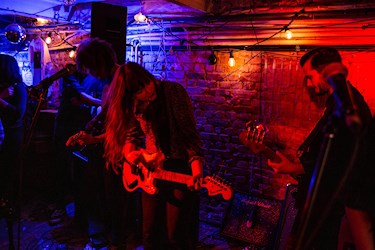 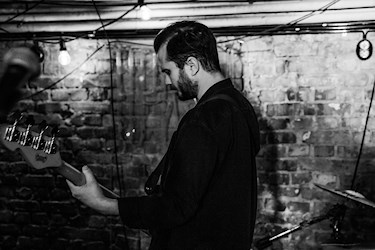 
Happy Friday or Lucia that we celebrate in Sweden today! I came to realize that I haven't yet shown you some pics from when my best friend Sebastian's bands gig last Friday! Have mentioned them a couple of times now haha since I helped them with new press photos. And last Friday they had their first gig in a year and played mostly songs from their upcoming EP which will be released next Wednesday! The gig was in the super cool basement of Studio HPKSM I never before had visited was full of people. So much fun with the peppy crowd and to finally hear the new songs live, which Sebastian otherwise mostly played while we talked on the phone haha. Well, I was so proud during the gig!

So I took photos for Rockfoto and you can click here to see more pics! And check out Klass II on Spotify on December 18 if you want to hear new music from Sweden's best shoegaze band! 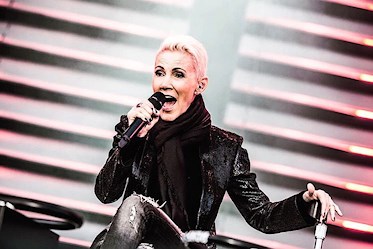 Rest in peace, dear Marie <3 So incredibly sad. Thanks to my big sister who introduced me to Roxette when I was a kid and who made me discover Marie's fantastic solo stuff. Thanks GAFFA for the childhood dream that came true on July 24 2015 when I was honored to photograph Roxette live and hear and see Marie's voice and radiance shoot through exactly everything. So many memories from childhood until now, thank you Marie for everything. 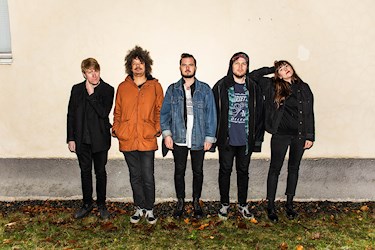 Photo by me. Check out the rest here.

Now it's out!!! One of my best friends' band Klass II released their new single "Dimman" on Spotify today, a year after what was supposed to be their last gig (you can find my photos from that here). I'm so proud that I could cry. Or, I called my best friend this morning and cried haha. They will also release their new EP soon which I know is so damn good but until that you should listen to the single (it's in Swedish though). Because they are so terribly brilliant. If you like indie, shoegaze etc then you will love this. And for those of you who do that and live in Gothenburg, they will play at Studio HPKSM on Friday, how fun? I will of course be there with my camera. Oh, it's so damn fun when it goes well with friend's projects. And especially that Klass II is back, Gothenburg really needs their sound. <3 It's also of course very lovely that I've been a tiny bit part of their comeback, with new photos. I'm honored.
Click here or listen to some seconds of the single above!
#nouwinfluencer #klass2 #klassII #photography #photography #musikphotography