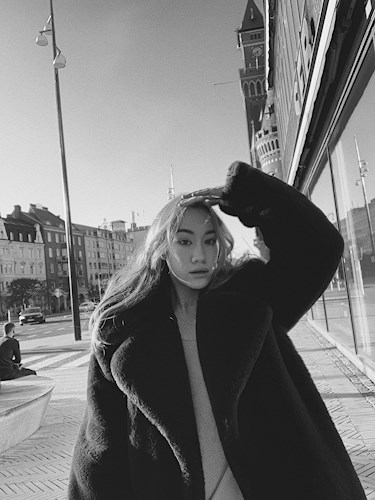 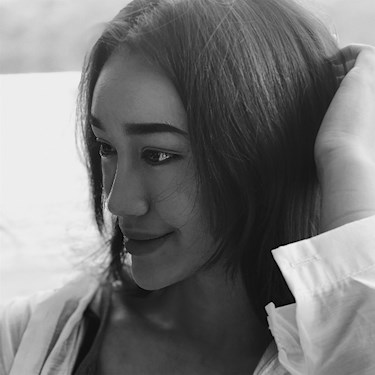 Monday: Uni applications finally opened, so after work I applied to medical school.

Tuesday: I danced with Maddie and Khaila from 7-9 since Maddie's teaching us her own choreo to Fancy by Twice. Without revealing too much, it's got some hip hop features that are lit for reals. :') When I got home I started writing on my blog post then headed to bed.

Wednesday: After work I picked up my boo since he had gotten a massage (for some reason it's recommended to not do much physical activity like cooking food, walking etc. after a massage). We got some dinner, I edited some pictures, and we watched a tv-show called Suits. Totally recommended if you're into law themed shows!

A while ago I mentioned to Eddie how I really wanted a buddha statue in my home, and then this week he accidentally stumbled upon a big statue during lunch break, remembered what I said and bought it. We're already treating the statue like a son. :') A couple days later I found a smaller statue, and figured they would work great together. 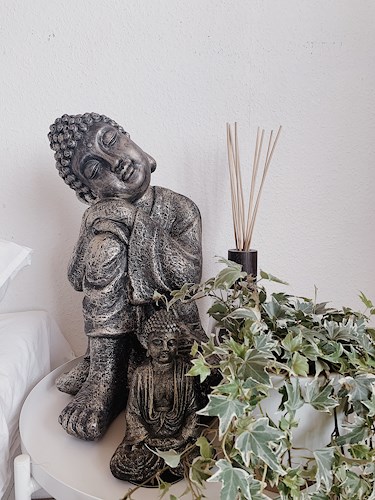 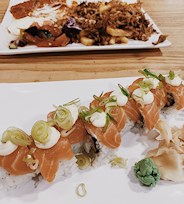 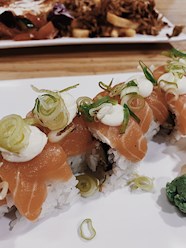 Thursday: After work I went downtown to meet up with Mari and Izabella. Initially, I planned to meet Mari on Thursday and Bella on Friday, but like the highly skilled person I am, I managed to double book on Thursday. Fortunately we could all meet up at Ginger and have a good time (how aesthetic aren't their smoothie bowls? *-*), and they got to know each other. Afterwards I went to Gina Tricot to buy a sweater since it was freezing cold, and then my boo picked me up and we played badminton with Jimmy and his cousin Cindy. I got owned to say the least haha :( 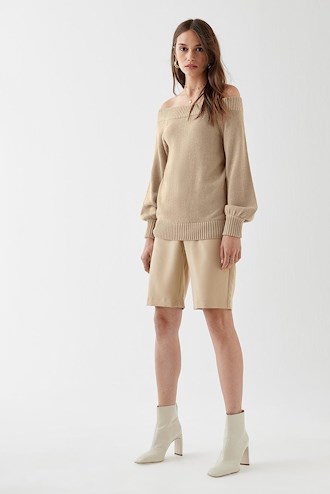 Friday: Picked up mom after work and we did some grocery shopping together. While at home I started looking at some different cars for uni, and I helped my mom with some errands. We made tea eggs (cha dan) and then I had a self care night with candles and acoustic music. So relaxing. 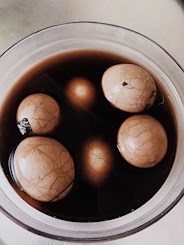 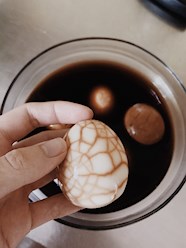 Saturday: After not seeing her for ages, I finally got to meet up with my boo Hien. We had pizza at Paolo's, talked about everything, snapped a ton of pictures (how gorgeous is she not??! ;-; <3), and explored a bunch of cute stores downtown we never knew existed. We goofed around and took thug pug shots in the dealer coat (u can't deny that it looks like a dealer coat) and then headed home. Such a good day. 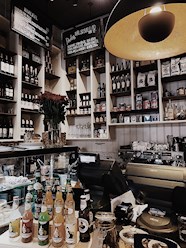 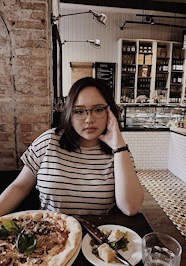 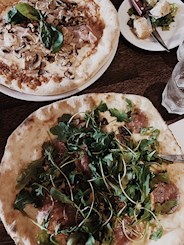 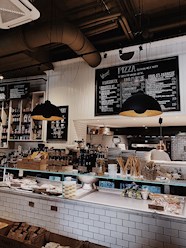 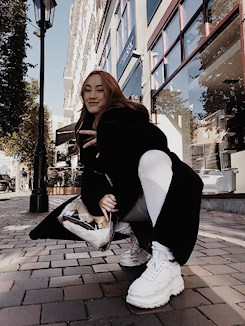 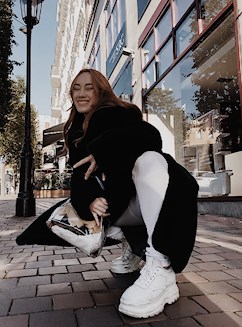 Sunday: We celebrated my dad’s birthday, so boo picked me up early in the morning and we went to buy gifts for him. We lunched at Väla, came home for a while and then headed out again to get cake at Fahlmans and sushi at Tokyo 15 (top right picture shows the super cool roof in the restaurant). While waiting for the sushi we grabbed something light to eat at Wayne's Coffee. The day was successful to say the least, and it really warmed my heart seeing my dad soo happy :’) 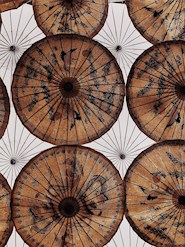 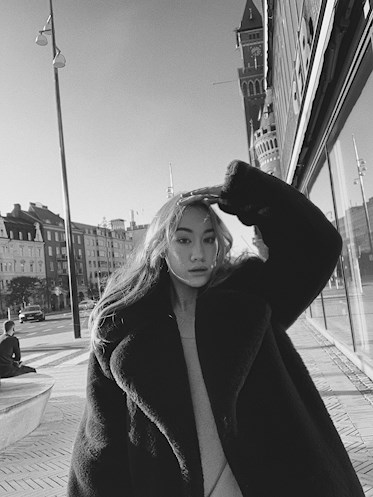 Hey guys! Lulu's finally back with another blog post after god knows how many weeks!

Monday: I worked during the day, then met up with Eddie after work to workout. We had a cheat meal at Burger King afterwards, since they had a limited sourdough chicken burger meal that I really wanted to try out - and trust me, it was delicioussss and totally worth it.

Tuesday: I stayed home from work since my throat was killing me (it still kinda is), edited some pictures and went downtown to a cafe to do some studying/work with my boo. When I got home I was surprised with a new laptop, and I’m so freaking thankful as it’s gonna make everything a lot more convenient. 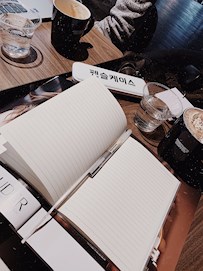 Wednesday: I managed to drag myself to work since they really needed staff. The not so well Lulu worked overtime, and then headed to the gym to workout with Eddie. Later that day he made a beet juice with lemon and ginger, and istg it tasted so much better than store-bought beet juice. *-*

Thursday: We were planning on waking up at 5 AM to be super productive before work, but ended up snoozing until 6 AM ksksks. Somehow though, we still managed to be productive with the time we had left. I headed to work, and had to cancel my badminton plans at the end of the day as I was feeling even worse. Instead of playing badminton, I slept for hours and it was sooo needed.

Friday: Initially, I planned to not work on Friday, but then ended up taking my colleague's shift as she was feeling sick and needed the rest way more than I did. After work I worked out with my boo, and went home to rest up.

Saturday: Eddie picked me up during the morning for a self care day, but prior to that we picked up some plants for my mom at Flora Linnea (a flower shop). On our way out I saw butterflies for the first time this year, and simply had to snap pictures of them. :')

When we came to Eddie's home he made Vietnamese bun with beef (prob my fave dish rn), and we watched the new Dumbo movie.

During the evening we had a BBQ night at Alyssa's, which was so much fun. We ate food in abundance, sang karaoke and had a rly good time.

Sunday: I booked an apartment viewing in Lund for uni, so my parents, Eddie and I all went to the viewing. The apartment was small but had a stunning interior, and it's definitely one of many apartments we're interested in. After the viewing we found this restaurant called VED (Swedish for firewood), that specializes in organic food and wood fired pizza. The pizzas were divine, and the interior design absolutely stunning. 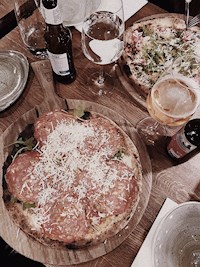 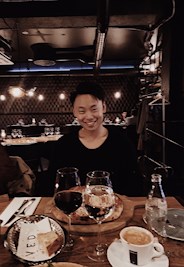 Towards the end of Sunday, we headed to Linh and Jimmy to hang out and have a good time, and Linh ended up doing magic to my face with makeup, and then dying my hair brighter. Istg, she sure knows how to make ppl feel flawless and confident in their own skin ;-; <33

Have a good week and enjoy it to the fullest guys!

Hey guys! Last week was fun, so here's a quick recap of the week in pictures! ^-^

Monday: I was exhausted from the hike yesterday, but during the afternoon I suddenly got a lot of energy and decided to walk down to the beach, run 3 km, and walk back home. Cardio has never really been my cup of tea, but somehow I actually really enjoy beach runs. After showering I edited some of the MUNOL pictures and ate some nice-cream that I had bought from my friend Jennifer who had just started her very first nice cream company! Tuesday: I had my second driver's license theory lesson, and then met up with my mom at Café Étoile where we watched the FIFA World Cup together. A lot of people had been raving about this cafe/restaurant, so we went to find out what the hype was all about. My mom tried their shrimp salad, and I their chèvre pizza, and we were both surprised by how delicious they were. I'd say the meals were on the pricier side, but so worth the splurge.

Wednesday: The squad met up at Rado's place to have a taco night, and it was the coziest thing ever. We prepared food together, played games, laughed our heads off, ate way too many tortilla chips, and snuggled up under blankets and talked about old memories. Well needed. Thursday: I ordered some sushi and went down to the beach to spend some quality time with my brother. After that, I went to an outdoor HIIT (High-intensity interval training) class with my mom. Our bodies were in agony afterwards. Saturday: I voluntarily woke up at 6 AM on a Saturday for a morning run at the beach with Filip. We ran 3 km and had a lot of fun snapping pics at random places afterwards. The rest of the day was spent editing pictures, writing posts, and talking to Tuna. (Here are some of many pictures) Sunday: Me and my mom went swimming, which was highly relaxing, and to my surprise she actually wanted to record me while I did the butterfly stroke (such a cutie). After that I wrote on the MUNOL post, watched an episode of Hello Counselor, did some grocery shopping and watched the FIFA World Cup finale. I think my heart shattered into pieces when Croatia lost. ;-; Have a stunning week guys, and enjoy it to the fullest!