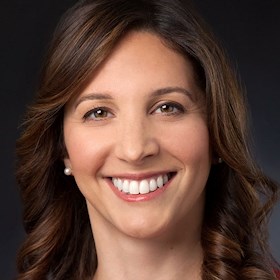 ​I recently spoke with a friend of mine who was having issues with her teenager and she was asking my advice about what she should do. I have done a lot of teen counseling and life coaching for teens and have worked with many families. It can be quite difficult in dealing with these situations because there are a lot of dynamics involved.

Here is the situation for one of my clients who will remain anonymous:

My daughter is 17, almost 18. She's very smart and grew up in a very busy active household. Her and her older sister have skied since they could walk and skied competitively into their mid teens. We have been very open and honest about life, drugs, sex etc since they were very young and they have grown up with examples of good work ethic and social responsibility. That's the good part. My wife and I separated 3.5 years ago and it's been a very difficult process that has taken a long time (just now coming to a final agreement) due to a complete lack of wanting to communicate or negotiate. This same lack of cooperation has lead to a breakdown in any functional co-parenting even though I believe we are both good parents.

My daughter lives at both households in 2 week rotations and we live only ten minutes apart. Her older sister is in university about three hours away and is in town often. I have a new partner, we have been living together for 3 years and the relationship between her and my daughters has been remarkably good since the very beginning. My daughter has struggled with anxiety in some form for a number of years but until the last 2 years it hasn't seemed outside of the normal teen anxiety that most go through. She has previously had a good work ethic, mostly good communication and motivated in life.

This has turned on its head.

Steadily, communication has deteriorated , replaced with anger and mood swings and nasty accusations about my parenting that I know are at the very least exaggerated and in a few isolated instances completely false and bewildering. These accusations would come whenever I would try to talk to her about her life and they would come hard a fast and were clearly meant to shutdown the conversation and prevent attempts of future conversations. I have been shut out of any involvement about her plans or decisions around school, work, travel, friends, boyfriends etc. When making plans for fun activities and events together it is often met with unreasonable anger and resentment as if there was some negative motivation to inviting her and her boyfriend to come to a play or concert with us. Nothing works, it's like walking a tightrope. I've simply backed off to where I just welcome her and her boyfriend into my home, invite them for meals and gently offer open invites to join in any activities.

This has kept the flare ups at a minimum but almost completely eliminated any real involvement in her life and the anger and anxiety has only gotten worse. My older daughter has expressed to me frustration with communicating and making plans with her sister as well but I've been reluctant to add my experience to those conversations as I don't wan to be in a situation where I am complaining to one daughter about the other. In the last 4 months my daughter has broken up with a boyfriend we all liked and is in a new relationship with another friend she has know for a number of years. He has his own place and she has been spending most of her nights there and often coming home obviously high, she claims on pot. I have been smoking pot most of my life and we have been very open about drug use with our kids so I know what high on pot looks like and I have feared there is more going on.

I received a phone call this morning from the mother of one of her friends who has been having a similar experience with her daughter and was informed that her daughter has been heavily using molly and other drugs with my daughter and her boyfriend. Her story is that my daughters boyfriend is the source of the drugs. My daughters friend wouldn't divulge what drugs other than molly they have been using. I am writing this only an hour after that conversation and I have not spoken to my daughter yet. She moves back to her mother's house today for two weeks. The only step I have taken was phoning and speaking with her mother. Her response was that she was aware that the boyfriend was dealing but thought it was only pot, which I was not aware of and don't see as "only" pot. I don't agree with dealing drugs and have never purchased or associated with a dealer for any drugs myself. My ex-wife felt that it was probably only a little experimentation and that it wasn't much to worry about but she would try speaking with my daughter about it this week. I was surprised by the lack of concern and urgency.