Celebrated my husband's 31st birthday yesterday, baked him an American Red Velvet cake and whipped up some @jiffymixes Corn Muffins we previously been gifted from family in Florida 🍰🎈

Felt nice baking and I gotta say after sucha long time, the Red Velvet cake got better than expected being my first try.

It's not always easy getting American food items in northern Sweden when you're a Swedish/American family.
Imported is usually always more expensive so it's nice to make things from scratch when it's possible.

Our main sources are TastyAmerica and Cooper's Candy here in Sweden.

Usually the things we can't get in a Swedish grocery/convenient store. After some time I've convinced my husband Jordan to create his first blog, you can find it here on Nouw called @Fooselton

He's unsure of what to make of it, but he's really into Scandinavian vikings and everything that goes with it, gaming, beard and hair grooming, traveling, outdoorsy stuff like hiking etc, and he's a real foodie and loves his cooking and American food too.

To help him out - give his new page a like or a peek and give his first post a comment with ideas you'd wanna see from him! 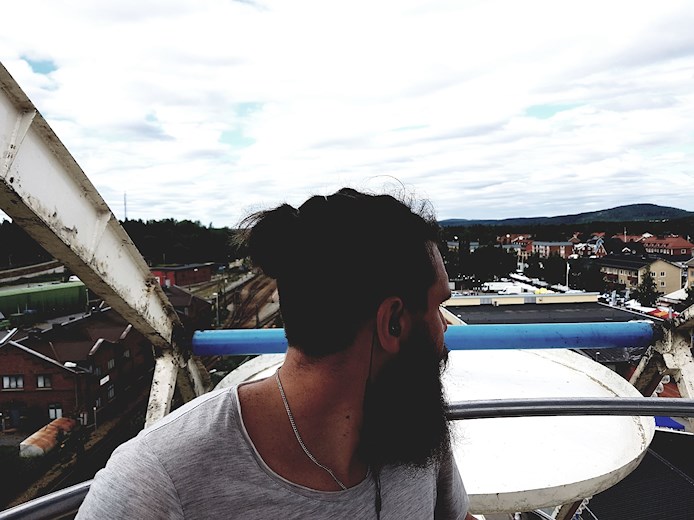