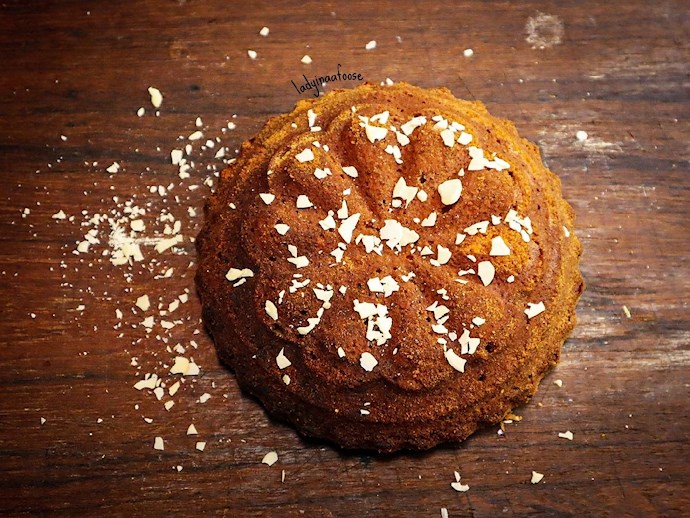 1. Grind or mash the nuts and mix with the dry ingredients.
2.  Melt the butter on low heat.  Leave until late.
3. Mix sugar and egg yolk into a porous batter.
4. Beat egg whites until white foam.
5. Mix the dry mix with the egg and sugar batter, add the melted butter.
6. Grease and bread an oven dish.
7. Mix the white egg foam into the batter, mixing gently with a spoon until well mixed.
8. Place in the middle of the oven at 150 ° C (300° F) for about 30-40 minutes or until done.

• Complexity ... ●●○○○
Pretty simple.
Anyone can do it and simple ingredients that most people can procure or have at home.
However, I thought the instructions were poorly worded.  It was difficult to know WHEN should the butter come in, should it be melted or solid?
I chose to melt the butter.

• Taste ... ●●●○○
Tasted like a lot of butter and sugar, but still good in taste.
The cake was still good, thinking about what more you can modify with it. 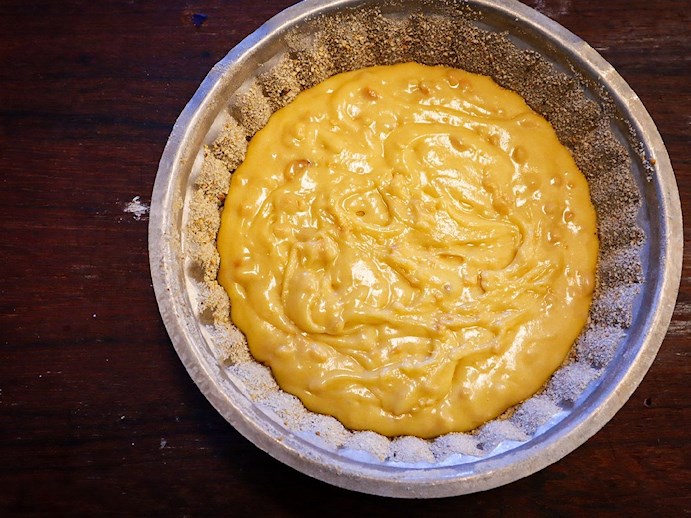 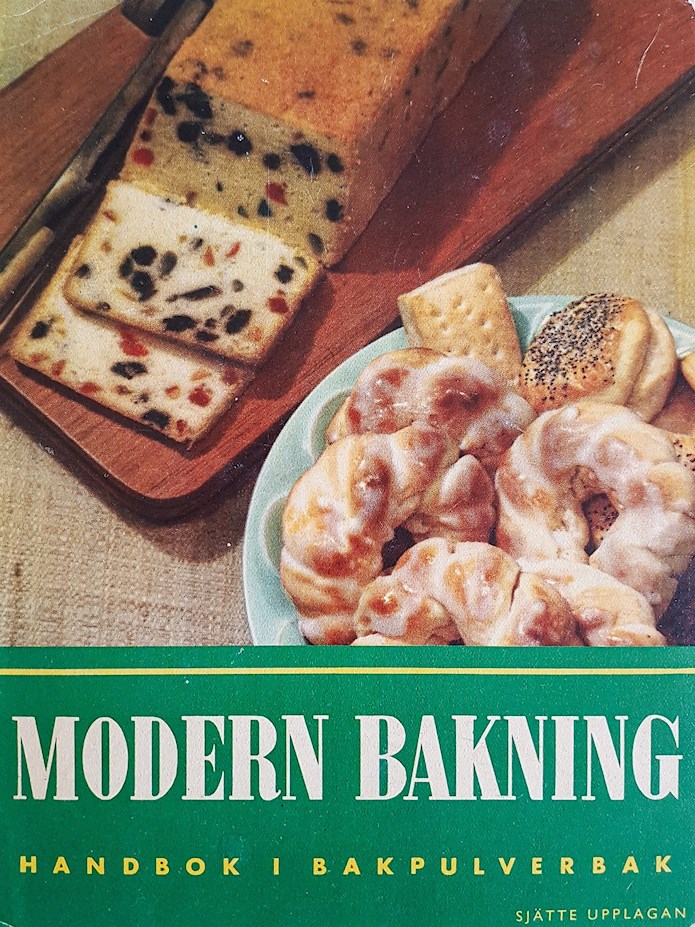 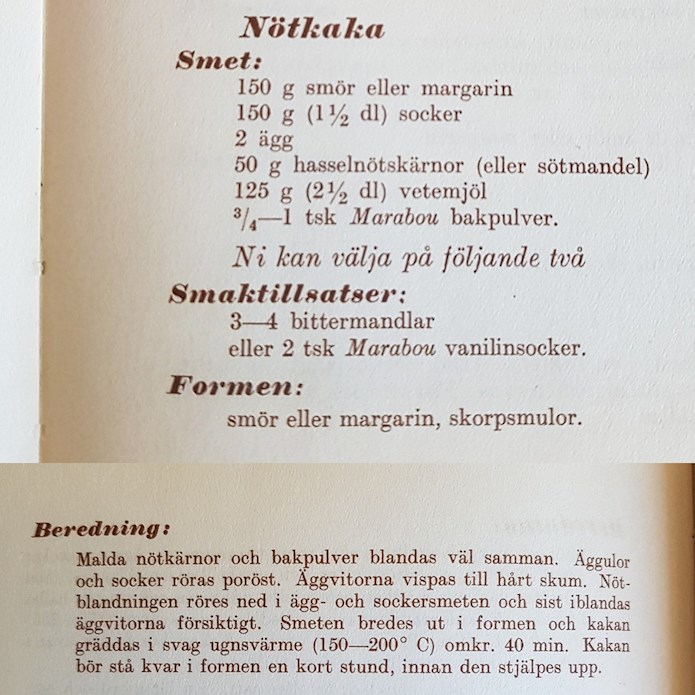 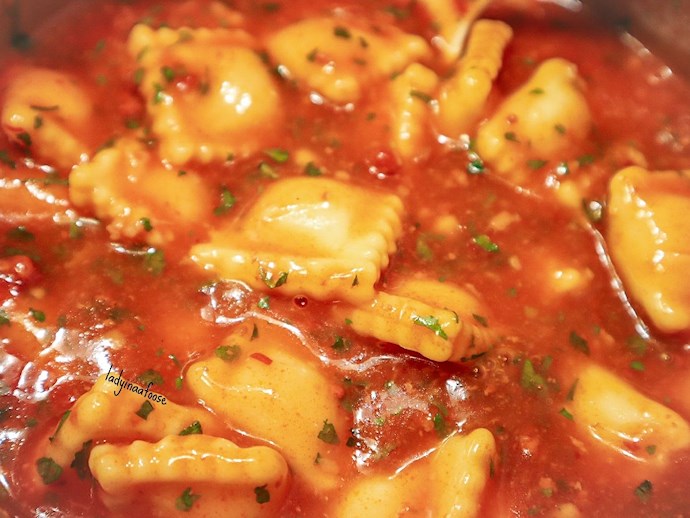 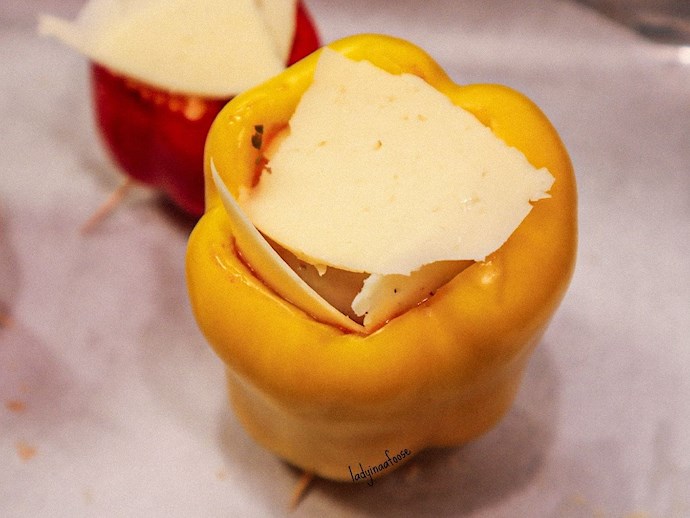 Half a can of ravioli is enough for 2 normal-sized peppers (choose red peppers if you want more sweetness).
(Tip! Possibly support them with toothpicks on a baking sheet in an oven dish so they stand firmly for later.)

Heat the ravioli, preferably in a saucepan with tomato puree and a little water (about 1-2 dl).

Distribute the ravioli in the empty peppers.
Cover with grated or planed cheese.

• Complexity ... ● ○○○○
Very simple.
Anyone can do it and simple ingredients that most people can procure or have at home.

• Taste ... ● ○○○○
Tasted in my opinion less great.
I'm not a big ravioli fan from the start.
My husband thought it didn't have a big "wow" in taste either.
Personally, this dish is something that happily can remain in the 1960's. 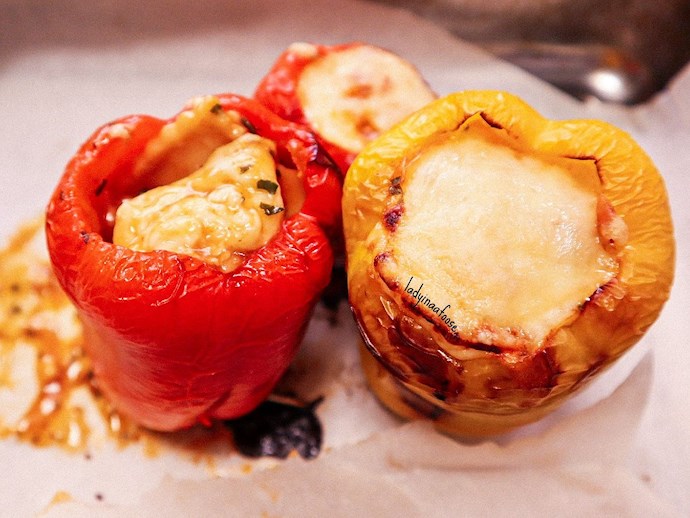 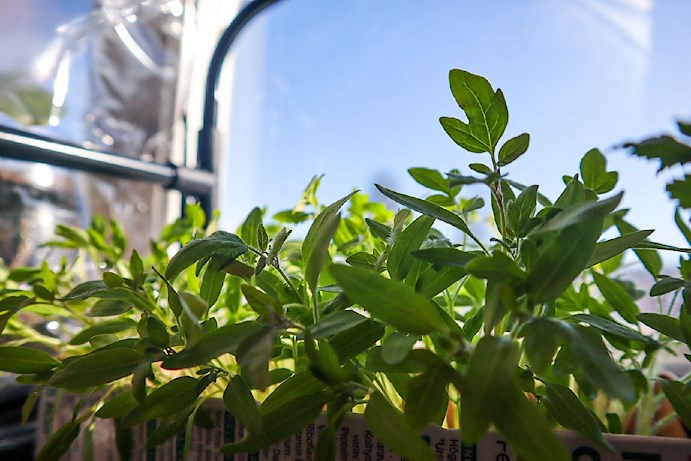 I started this project around Christmas 2020.
My goal is to hopefully be able to at least start tasting the delights in my own little mini-garden this summer or around August.
But if it does not turn out as hoped, it was at least a lesson.

In the cultivation I currently have:
• 2 celery roots
• baby tomatoes
• 1 piece of pot salad
• 1 leek

Where everything comes from the store in the beginning.
Of course, I started by putting  celery and the leek in separate glasses of water - to trigger the root system.
When the roots are formed I put them in soil and water in the bottom of the pot, so that it is taken up slowly from the bottom up into the soil.

In the past, it was extremely common, as my grandmother also told me, that especially during the war years it was unusual not to have any kind of your own cultivation in the homes.
Especially if you lived in smaller communities (villages especially) as we do with about 5000 inhabitants in our municipality.

Then shops and wholesalers had to ration everything from food, clothes, tools, and more.
Thus, they had ration cards, which the neighboring households could exchange with each other if needed as well.

In addition to a more nutritious cultivation, there could also be animals such as chickens, goats, pigs, other bird species.
But I have not thoughts of that yet!

However, I have now seen that the celery and tomatoes must be allowed to change housing to something bigger.
So the next thing is to check off the To-Do list. 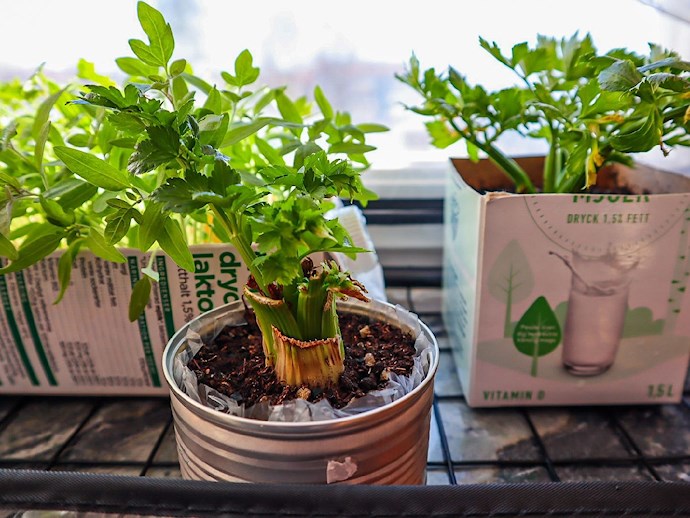