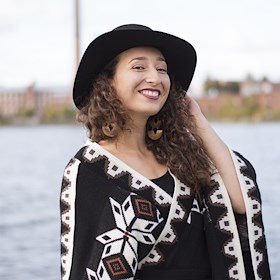 Once again we lost a musician. Even though death is a natural thing, it's always sad to lose talented and dear people. Dolores O'Riordan was an Irish musician who led the band The Cranberries to success in the 90's as a lead singer.

The name didn't ring bells directly, but then it hit me and I remember the song that still is in my mind since my childhood. Every 90's kid should know this song! "Zombie" is such a classic that everyone should know. It has a strong message for peace among England and Ireland. O'Riordan said that the song "Zombie" mentions how it feels like the Irish fight for independence seems to last forever. In 2003 the band had a break until they reunited in 2009, in between O'Riordan published her first solo album "Are You Listening?". A tour on 2017 was cancelled apparently due to her health issues and later it seemed that she was fine, but now unfortunately she has passed away. The police announced recently that there's nothing suspicious with her death, but the cause of her death is still unknown.