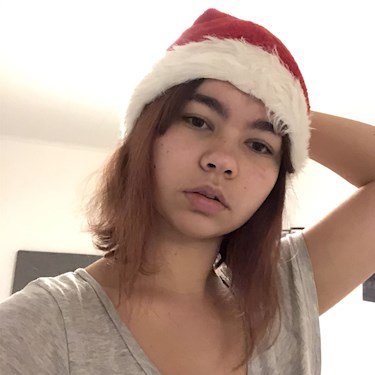 a girl who wants to share her voice to the world. her thoughts, emotions and much more will all be here in her own way.

As most of us know the Pretty Little Liars spin off have finally dropped in this world, Pretty Little Liars: The Perfectionists. There is two books based on this series, I have read the first one but I´m not sure if I have read the second one. Anyway, I have seen the first two episodes and I love them! I already knew it would be a killing series when I heard about it. Marlene King is still the queen of mysterious shows which I love. She knows what we liars want and need.

The spin off is about three college students in Beacon Heights. Ava, Caitlin and Dylan who were close to the famous Nolan Hotchkiss. Nolan is like the new bitchy Alison, he even created his own posse (Ava, Caitlin and Dylan). He blackmailed them to be with him. He wanted a good reputation and power of the college (I assume). And one night he ends up murdered. Both Alison and Mona are in Beacon Heights with some helping program for the college students. All of them wanna know who killed Nolan, and who is making it look like it was them who did it. They gotta stick together in all this. The cast say this show is darker, sexier and more mysterious than Pretty Little Liars.

I don´t know what to expect from this show, but I feel like I´m going to get so many theories and questions about it (I already do). Ava is played by my baby, Sofia Carson. I love her! I absolutely adore her! She is one of my favorite actresses, and I can not wait to see more of her as bad ass bitch godess Ava Jalali. Ava is already my favorite character!

I do wanna see some more of the old cast in this show, like Emily (I´m a Emison shipper!). And I love the new version of "Secret", it´s more dark and creepy, making it more mysterious. I can not wait till the third episode, and till the rest of the season ofc! I hope there will be a second season already, just like the books.

I got so many questions already about this show but I´m gonna keep them a secret, because you know only two can keep a secret, if one of them is dead (cheesy I know, but I felt like I had too hehe). 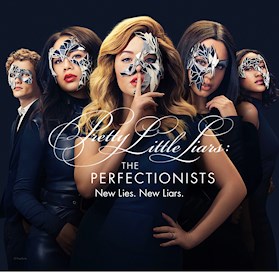 If you follow my Instagram or have seen my photos here on the blog, you may have seen that some of them looks like them that could be in a photoshoot. That is exactly what it is. I make photoshoots kinda often, when I feel like it. And I want it all to just be natural and show the world who I am naturally. That´s why I have no makeup on my photoshoots. I want it to be as natural as possible for me, because I´m comfortable in that way.

This is a photoshoot I made with my friend, My. She is studying photographing in her school. I asked her if I could be her model, and she said yes. This photoshoot is very natural and just simple. This shows how comfortable I am in my body, and how much I love it. I have had some issues with it, but not now. Now I accept and love myself, and this is what this photoshoot shows.

This is my first professional photoshoot, ever. But it will not be the last one. There is more to come.