I think we all have been there from time to time. I always hear people say "I was young and stupid". I can definitely say I have been young, stupid and immature.

Kids lie, that's just something kids do. But there is a difference between lies and "lies". And I truly did LIE a lot growing up. I've been reading some psychology, because I find it interesting, and I found out that kids usually lie about things that are harmless, and they often get caught. I did not.

I still don't quite know why I lied so much as a child. Perhaps I just wanted attention. Perhaps it was the only way I could see myself getting friends, and keeping friends. But the biggest lie I ever told was after my brother had died.

I was depressed. Deeply depressed. Suicidal. Family issues. School issues. And I felt like the only way to escape everything around me, was to create a new me. At the time, I was a huge fan of Adam Lambert. I also have a very... neutral face. Meaning I can easily be seen as a boy or girl. Only those that actually knew me would know.

So, because of Adam I joined Twitter. I made up a character, Taylor, and I "changed" my gender. At the time I was very unsure about my sexuality. Anyhow, I was a boy and I lied to soooooo many people. After a few years however, I came out. Told everyone the truth, some took it better than others. I totally respect their reaction. I think I kept the lie up for nearly three and a half years.

What I'm grateful for, are the people that didn't care that I lied. I wouldn't say they were understanding, I bet I hurt them all in one way or another. But some accepted it and kept in contact with me. Which made me feel really good. Because for once, people liked me for being me. And it's a memory I will hold very dearly.

That's what he said to me the day we spoke. But he couldn't say it to my face. But I suspected it when he asked if I would bring his house keys to our meetup. I wasn't planning on doing anything different anyway.

Why am I not welcome?

For some unknown reason, the truth hurts I suppose. But here is the interesting thing!
My so called "dad" told me this:
I can not change the past, what's done is done.

That may be, but you know what? Just because you did something in the past and cannot change what you once did doesn't mean you can't make up for it. The past hurts, it hurts me every day. Every night. You can either run from it or learn from it and become a better person. I try to learn from it. And I will start rehabilitating from it all.

Something else I have been thinking about. And this is perhaps what hurts me the most. My so called "dad" has always "been around". He may not have actually been with me in person but he has always had the opportunity to be with me. To make up for his wronging. And yet, for some reason, he has always made me feel unwelcome. Made me feel like I wasn't important. Made me feel excluded.

I do not know much of the father of my three bonus brothers. But if I were them, knowing what my "dad" has done, I'd be furious over the behavior. But like I mentioned, I do not know. I don't expect my "father" to always be able to drop everything he has just because I need him. No.

It's like the trip he made with "his family" two weeks ago. I wasn't invited. It's a trip they do every year, I have never been invited.

After my brother died my "dad" took "his family" to where my brother had crashed. Not once did he ask me...

A few weeks back my aunt's father was turning 70, my "dad" said out of the blue. It's not my "dad's" real father, but he was there when he grew up so I guess it makes him somewhat of a grandfather to me, right? Anyway, he didn't ask if I wanted to come with. I had to ask if I could tag along.

Things like these, he never invites me. I have to make the move. I don't give two cents about annual holidays like Christmas, Easter and such. I care more about those thing's that isn't common. Something that may not occur again. And even if it is an annual occurrence, at least I could be invited?

But, I suppose it doesn't really matter now. When I'm not welcome. I'm not going to put any more effort in to fixing the relationship between us. I tried last year. I thought it would finally stick in his head. But apparently not. It's all in his hands now. If he want me in his life, he better fucking work his ass off. 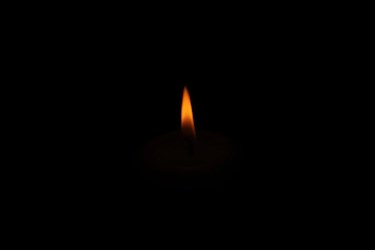 This post isn't about me and my fiance, but a different side of "is it love?"

Recently something happened. Something so big that I let something out that I have kept inside for a long, LONG time. At that time it was the one and only way I could get myself through it. I can honestly say, cross my heart, that if I hadn't I wouldn't be physically able to write this right now.

So what happened?
It's a long story.
But I feel that I need to put this out there. Not for other people's sake, but for my own. I have always felt that putting things through text makes things so much easier for me to deal with emotions like these, instead of just giving up.

It was something someone said to me. Someone I want a relationship with, but I really don't have one with, even though I should had been entitled to it as a child.

Even if he didn't mean it. When a father tells his daughter "I want to spend my one good vacation day with my family" her heart just... breaks.

I would never believe I was going to hear him say those words. It is something I have feared and have always felt was the truth, for many years. And hearing him say it, my vision just went black.

I made a post on my Facebook page. Because it was the only other way I could find myself out at that moment. I needed to vent it out. I know for certain people that are my Facebook friends, it must have been a shock reading it. For others, understanding as they have probably been through similar. And the rest, well, probably never even saw it.

But in order for all this to even make sense. I feel like I need to explain certain things.

Can it really be that bad?
Or am I just one of those drama queens that has to make things bigger than what they really are?

First psychological trauma
Memories are blurry, voices are clear. Everything is in disorder

Adding stress, worry, responsibility
I observed more than I talked to people

Someone new, neglect, oppression
I felt like it was an intruder on my grounds

Second psychological trauma
After all these years... a hug, from him

There's so much more
I wasn't good enough

What was the actual cause of this post
So, what actually happened last week 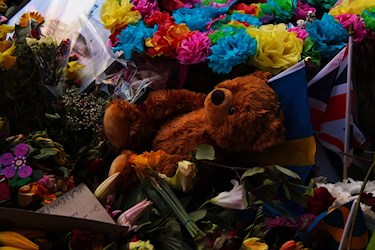