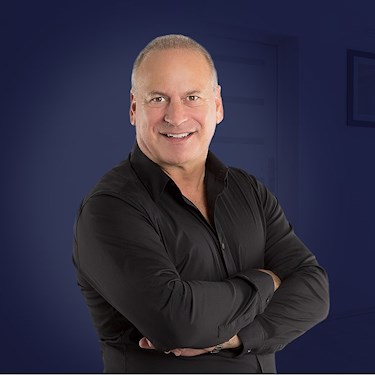 The me too movement should not stop yet

Well, this is embarrassing: Jeff Herman, the self-styled “go-to” attorney for sexual harassment lawsuits in Hollywood, was himself accused of raping his law firm’s secretary in 1998. The police report was published by The Hollywood Reporter following a tip-off by the victim’s ex-boyfriend.

For the divorced Floridian attorney (57), who runs one-man firm Herman Law in Boca Raton and in New York, these revelations couldn’t come at a worse time: he was hoping to cash in on the wave of sexual abuse claims that are sweeping across the country. His star client at the moment? Dominique Huett, one of Harvey Weinstein’s main accusers.

Herman has represented alleged victims of abuse against members of the clergy – such as Anthony Mercieca, a priest accused of molesting US congressman Mark Foley in Miami – but also businessmen, like investment banker Jeffrey Epstein, and members of the entertainment industry. Herman lost his suit against Elmo puppeteer Kevin Clash, and was counter-sued by Hollywood execs Garth Ancier and David Neuman, after he unsuccessfully represented child model and wannabe actor Michael Egan in 2014 in a nasty sexual harassment case. The pair said Herman aimed to “smear, harass and severely injure Mr Ancier as part of an avowed and very public campaign by Mr Egan’s counsel to troll for new clients who would enable them to shake down other entertainment industry executives with threats of sexual assault charges.”

Egan and Herman made a great couple – both desperate for money and counting on negative headlines to extort cash from Hollywood’s leading figures.

Banking on Hollywood’s short attention span, the beleaguered lawyer sought to erase the Egan trial from his history by editing his Wikipedia entry. Although it is forbidden to edit your own page, Herman had hoped his “anonymous” edit wouldn’t be traceable – but the editor’s IP address 12.25.222.106 was quickly identified as the exact same one as the Herman Law mail server. The internet never sleeps.

Losing isn’t new to Herman: he has defended himself in court more than a dozen times – mostly for debt, contract issues, and once even for defamation. As reported by Medium , he was barred from practicing law in Florida for 1.5 years in 2009, after he hired an employee from one of his clients to start a competing business. Herman is also barred for life from the courtroom of Oregon District Court Judge Marsh, after he acted in ‘bad faith’ during a trial in 1998.

Herman was also served four liens in the last three years from the IRS, owing nearly $2m in taxes – and almost $250,000 still outstanding. No wonder Herman is looking for new clients, so he probably won’t want anyone to see – or share – the 1998 police report.

So definitely don’t check out this link and read the graphic rape description Herman's former receptionist gave to the police: https://www.dropbox.com/s/4vfreru3pxw0lad/1365-98-12_Def.__J._Herman_Redacted%20watermarked.pdf?dl=0