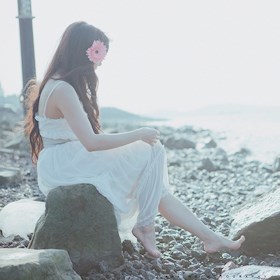 During moments of sadness or frustration, I often think of a family scene years ago in the town of Yakima, Washington. I was about seven or eight years old at the time. Father had died a few years earlier. Mother was sitting in the living room talking to me, telling me what a wonderful man Father was.

Then one day in a moment of great crisis I came to understand the words of my father. “If I die it will be glory, if I live it will be grace.” That was his evening star. The faith in a power greater than man. That was the faith of our fathers.

A belief in a God who controlled man in the universe, that manifested itself in different ways to different people. It was written by scholars and learned men in dozens of different creeds. But riding high above all secular controversies was a faith in One who was the Creator, the Giver of Life, the Omnipotent.

Man’s age-long effort has been to be free. Throughout time he has struggled against some form of tyranny that would enslave his mind or his body. So far in this century, three epidemics of it have been let loose in the world.

We can keep our freedom through the increasing crisis of history only if we are self-reliant enough to be free—dollars, guns, and all the wondrous products of science and the machine will not be enough. “This night thy soul shall be required of thee.”

These days I see graft and corruption reach high into government. These days I see people afraid to speak their minds because someone will think they are unorthodox and therefore disloyal.

These days I see America identified more and more with material things, less and less with spiritual standards.

These days I see America drifting from the Christian faith, acting abroad as an arrogant, selfish, greedy nation, interested only in guns and dollars, not in people and their hopes and aspirations.

These days the words of my father come back to me more and more. We need his faith, the faith of our fathers. We need a faith that dedicates us to something bigger and more important than ourselves or our possessions. Only if we have that faith will we be able to guide the destiny of nations, in this the most critical period of world history.

William O. Douglas was an associate justice of the U.S. Supreme Court from 1939 to 1975. As a boy, he hiked the Cascade Mountains near his home in Washington to strengthen legs weakened by polio. His prolific career on the bench was marked by controversy and two attempts to impeach him.