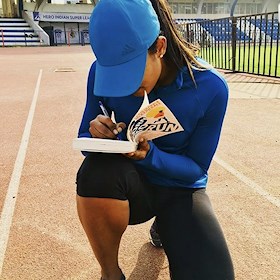 Bharat is a Salman Khan starrer, produced by Karan Johar. This is going to be one of the biggest movies of Salman Khan till date. In this movie, you are going to get the glimpse of Salman Khan’s very first look in Bollywood. Yes, according to the sources, the actor will take on his avatar from the movie Maine Pyaar Kiya. This is going to be the 1 movie where you will see him in 2 different age roles, one, a man of 18 years age, and two, a man of 45 years age.

Now, the latest to join Bharat team is Priyanka Chopra. Since last 2 years, she is busy with her American TV Series Quantico. And this is the time when all the series go on a break. So Priyanka is now returning to her home land. And after her return, she will begin shooting for Bharat. Priyanka Chopra will play the role of Salman Khan’s wife in this movie. And apparently, she is having the disease of Amnesia in this movie. So Salman Khan making efforts to remind her about their marriage life every morning makes this movie much more interesting. Priyanka has become a big name in Hollywood. From doing movies to TV Serials , she has been involved in everything. And her TV series, Quantico, is also one of the top trending American series in the world. This series has already covered 2 seasons. And the contract for the same is renewed for 3 more seasons.

So once Quantico finishes, speculations are that PC will start working in another TV series immediately. So, we believe Bollywood has to wait a lot more years for PC to make a proper comeback.

Not just Hollywood, PC has done few projects in Bollywood as well. Her last Hindi venture was Mary Kom. This movie was based on the life of popular boxing queen, Mary Kom , who won the 1 Gold Medal in Boxing in Olympics. This movie was a women centric movie, providing great acclamations for the actress.

Now, Priyanka Chopra is not just busy with the Hollywood projects, she has numerous projects lined up in Bollywood as well. One, she will be seen opposite Salman Khan in Bharat. This movie is going to release later this year. And people are really very excited to watch her after a long gap.

After that, the actress will get busy shooting for a biopic on the 1 Indian woman astronaut, Kalpana Chawla. This movie will again be a women centric film. And it would go on floors in April 2019. And along with that, Priyanka Chopra is also producing one short film based on the stray dogs. Alia Bhatt is going to feature in that movie along with Priyanka Chopra.