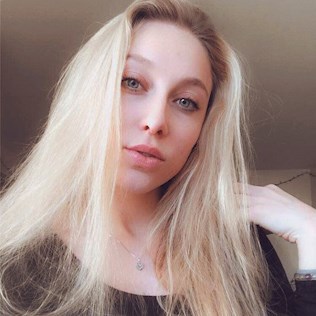 Hello and welcome!
I am Emilia and the person behind this blog. I am 25 years old and I live in the US! I am originally from Sweden but moved here to pursue my acting career. Here you will find everything about my life, how it is living in another country far away from you family, what I do over here and just a lot of random stuff. That's how it's gonna be. You in for the ride?

So recently I was fortunate enough to work on a set as a PA for an upcoming short film called "A New York Moment".
The film is directed and shot by Flemming Laursen and written by Anthony Demare. It is produced and coordinated by Vered Rodriguez and co-produced by Amanda Erixon and Noy Marom, who is also the actresses in this film.

Everyone is incredibly hardworking and has put in a lot of effort in this film which you as an audience will definitely see. The script is well written, the acting is on point and the whole crew is very professionell and passionate about the art. I can't wait to see the final product that this amazing and ambitious team has created together. They are all so hardworking and I am sure you all will enjoy the film when it is released later this fall!

This short film is about Dana and Molly, two friends who lives in New York. They both try to be there for one another through their ups and downs in the city that never sleeps.

Thank you guys for letting me be a part of this!
If you want to check them out, click on the links below!