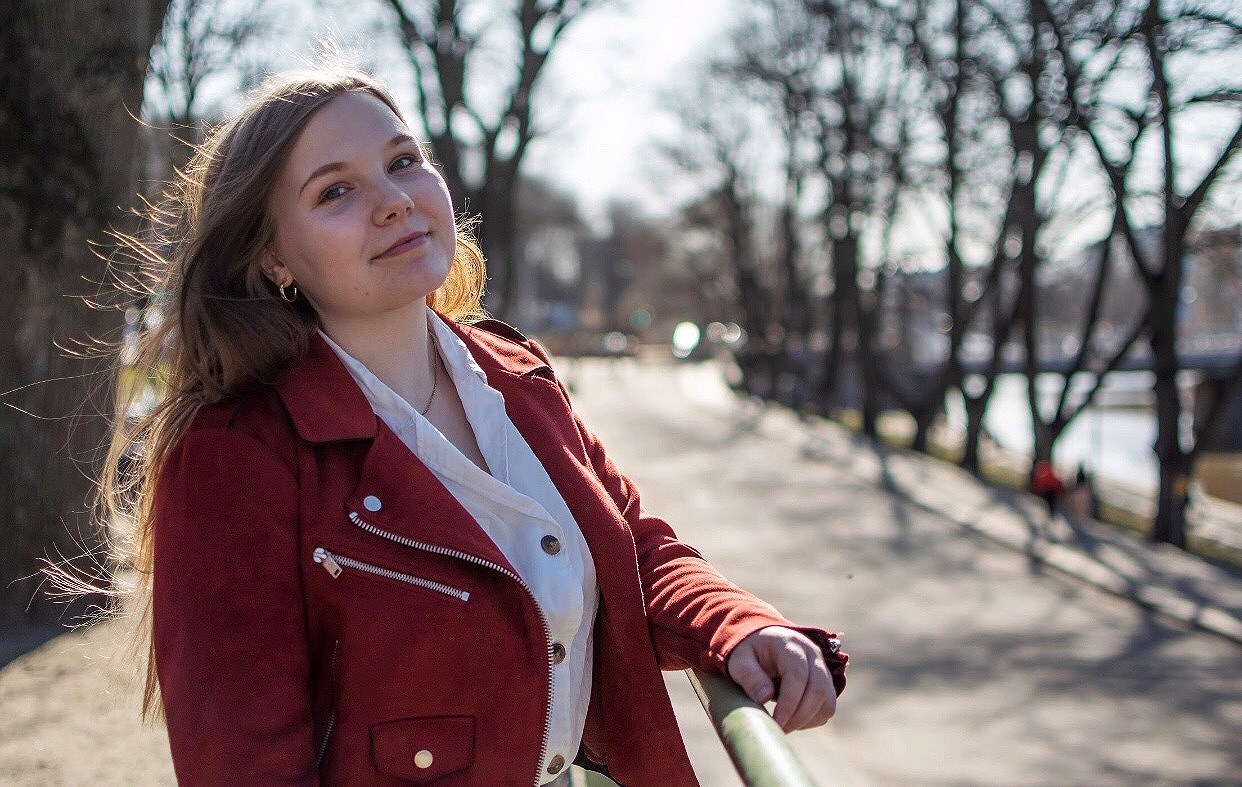 EleonoraTessaa girl with a dream to inspire.

Hello. My name is Tessa and I'm nineteen years old. I love books, poetry, writing, coffee, Sunday mornings, flowers and looking at stars. Welcome to my blog where I write about love, life, poems and giving advice. I hope you'll find my writing inspiring.

In January, I actually remember that I wrote a blog post where I said I would let go of my past. Back then, every difficult, sad or horrible moment I had experienced before that, were all in my head. I had not let go of my past. I remember reading books about self help, letting go, and more. I had to leave my past behind, one way or another. I would say that right now, I have pretty much succeeded in that. Do I think about my past anymore? Of course I do.

“It’s important to look back, not to walk that way, but to see how far you have come.”

I do think about my past, but I have slowly learned to not overthink it. I can’t go back in time and change things I have done or experienced. All I can do is 1. Learn from it. 2. Accept it and 3. Let it go.

I have done things I regret, many things, actually. But if I really think about it, it has shaped me into the person I am today. And I love the person I have become. I think that from my past, I have thanks to that, learned to understand people on different levels. For example, I have had depression and attempted suicide and been at a mental ward. And going through all that, and struggling with my mental health ever since I was thirteen years old, I have opened my eyes and seen life through a different point of view. I have thought deeply, if that makes sense. I can understand people who struggle. Because I have been at such a low point myself. All this self harm and things like that, have made me, not hate myself, but accept the part of my life. I wouldn’t say that self harm has taught me self love, because maybe it sounds a bit wrong. I don’t know. But I do love myself. And I am not saying that you have to be depressed or self harm in order to love yourself. NO.

I remember a couple years ago when I was in a bad headspace, very suicidal, I remember sitting on the balcony covered in glass, in the mental ward, next to a “nurse” or whatever you want to call him, and he asked me “what are your three goals in life?” It was an easy question, actually. Even at the most suicidal moment in my life, I had an answer for that. Can you believe it? I instantly said, “I want a chihuahua, I want to become a writer and I want to move to Canada.” That’s it. Easy. Then he asked me, “would you throw all that away'' and that made me realize, “Shit. Hell no.” And yes, I did recover, obviously, in this position I am now, YES, I have recovered. But I think it’s a part of me that won’t change. That I am a big dreamer. Always have been, always will be. And that I want a chihuahua, that won’t change either. But in that moment when he asked me that, ever since that moment, I knew I would never let go of my goals, until I achieve them.

I have been so suicidal, but recently, I would say two months, suicide or self harm has not crossed my mind. Ok, so not long ago it was exactly four years since my first suicide attempt, the worst one, and of course I thought about it. But not a second did I think I would do it again. I am soon 3 months clean. And my last relapse was because such a stupid reason and I instantly regretted it. But, I have let it go. And I am proud of making it til 3 months, and I keep going, keep being clean. Damn, I’m proud of myself.

The past is in the past. You can’t change it. But you can change how you look at it. You can either, look back at it, hate yourself for what has happened in your past, cry and scream “why?” but it won’t change it. Or you can instead, look at it from a positive view, as cliche as that sounds. Look at it as a lesson and let it go. You see, I don’t feel bad for saying this, because this is exactly what has happened to me. I have hated myself for ruining my past realtionships, attempting suicide, scared people with my behaviour, make people worried and so on. But, I learned to learn from my past, and make the most of my future and the present. I have looked at my life now, and my past, from a positive view. I am no longer suicidal, I am in a happy relationship, I am close with all my family members who I hope are no longer too worried. And as I said, I was at a very low point just a couple years ago, but I made it. I love my life, I love myself and I am happy. If I can do it. So can you.

Now (no, we are not done yet) I want to talk a bit about relationships. I have been in a couple serious relationships in my life. Both of them ended, due to personal reasons that I won't mention. But ever since those relationships ended, I pretty much hated myself, and almost gave up. I blamed myself, hated myself and that went on for months. Slowly (actually just last year) I began to love myself. And guess what? It was because those relationships ended! Yes, I was heartbroken, but healing myself, I learned to love myself in the process. Eventually, I found my boyfriend who I currently live with. And I am happy! Since this blog post is about letting go of my past, it also has to do with my past relationships. Do I still think about them? Honestly, sometimes. And I’m not guilty for saying that. I don’t say that I miss them. No. But I think about them as what I did wrong, and most of all, what I didn't do wrong. And what I learned from them. I learned to love more deeply, be patient and most importantly, not run away when things get hard. I am currently in a relationship that is the longest relationship I have ever been in. And I love it. I love it so much. And I love my boyfriend so incredibly much.

I have let go of my past relationships, and learned love.

With letting go, comes love. Whether it’s a new relationship, or self love. There’s always love. After recovering from my suicidal behaviour, after being heartbroken while struggling with depression, after my mental ward visits, after it all. I found love. Both a relationship with my boyfriend, and the relationship I have with myself.