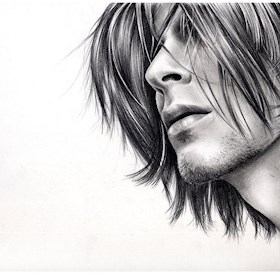 According to the International Energy Agency, the demand for natural gas worldwide grew by 4.6 percent in 2018. Natural gas is a versatile energy source that can be used for heating, cooking and the creation of electricity. It can also be used to fuel motor vehicles. In China, which accounts for nearly 40 percent of the global demand, natural gas is being used as a substitute for coal energy in an effort to improve the nation’s air quality.

Natural Gas Production in the U.S.

It’s estimated that the U.S. has 308 trillion cubic feet of shale reserves that have been proven to contain natural gas. Thanks to new methods of extracting gas from those shale fields, production of natural gas in the U.S. rose by 11.5 percent in 2018. Texas is the state that produces the highest amounts of natural gas, followed by Pennsylvania, Oklahoma, Louisiana and Ohio.

Russia produces more than 669 billion cubic meters of natural gas per year, making it the world’s second-largest producer. Additionally, it’s the world’s largest exporter, supplying more than 25 percent of the natural gas used in the European Union. The pipelines that deliver this gas travel through Ukraine, making geopolitical disputes in this region particularly problematic for European countries. The Russian company Gazprom is the top natural gas producer in the world; in 2018, Gazprom was responsible for 12 percent of the global natural gas supply. 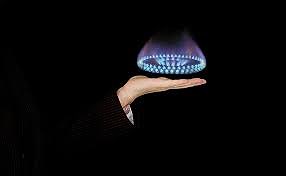 Iran’s Petroleum Ministry maintains the country has 34 trillion cubic meters of natural gas, which gives that nation the potential to become the world’s third-largest producer. Iran may even have even more reserves since areas around the Central Persian Gulf, the Caspian Sea, the Dasht-e Kavir Desert and Fars Province remain largely unexplored. Most of Iran’s natural gas production is used domestically, but some of it is exported to Turkey, and export deals are in the works with Iraq and Pakistan.

With reserves of more than 1,220 trillion cubic feet, Canada is the world’s fourth-largest producer and fifth-largest exporter of natural gas. Thirty-five percent of all energy used domestically for electricity and heating is produced by natural gas. Alberta is the province that uses the highest amounts of domestically produced natural gas, and the relatively low Alberta electric rates may well be linked to this use. Canada’s largest customer for its natural gas exports is the U.S.

In 2018, China’s demand for natural gas grew by more than 18 percent. Though China is the sixth-largest natural gas producer in the world, production does not keep pace with domestic consumption, and China imports gas from Russia, Australia, Indonesia, Malaysia and Qatar. China’s increased reliance upon natural gas is linked to a government initiative to wean the nation away from its reliance upon air-polluting coal as an energy source. The state-owned PetroChina Corporation is China’s largest natural gas producer, responsible for more than 92 percent of the domestic supplies of natural gas used in that country.

The Future of Natural Gas

The slowdown in the Chinese economy augurs a reduction in the demand for natural gas in the near term. Yet natural gas’s long-term prospects as an energy source of choice remain strong. Relative to coal, which is the cheapest energy source, natural gas produces substantially less air pollution, and pollution is increasingly a concern among developing nations and industrial nations alike.