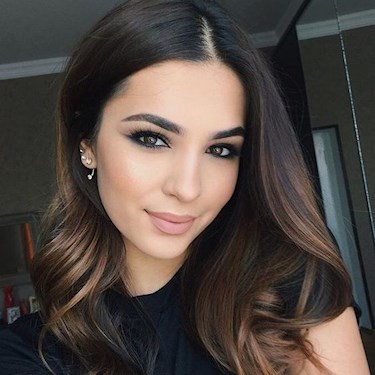 What is art? It might be interpreted as a way a human being applies or expresses his or her imagination or creative skill through the visual means such as sculpture, painting, work, and other. Those works might be valuable as they are beautiful or have an emotional power as well as historical value in some cases. Every individual has a different definition of art. The objective of the following paper is to provide an extended explanation of what art is and how people perceive it.

Street art is untypical kind of art; one of the best depictions of it is shown in the movie called Exit Through the Gift Shop filmed by street artist Banksy. The plot is centered around the life of an immigrant from France named Thierry Guetta, who lived in Los Angeles, and his passion the street art. He starts shooting his cousin as “Space Invader”. Actually, the movie sends a viewer a message that authenticity is one of the most important parts of art that is sometimes lost. The film by Bansky is another contribution to the correlation between authenticity and art. Working as a street artist since 1992, the author has been known for many years as the main proponent of graffiti art. Unfortunately, as the plot of the movie unfolds, the unauthenticity of Guetta’s art is shown. At the beginning of the movie, a viewer can see how the street masterpieces are created, while the artists live a “masked” life. Thereafter, a very important question in this movie is whether the street art is an expression of an authenticity or unauthenticity. The answer depends on the motivation of an artist. Bansky tries to show that street art is authentic, but not without competition and life contra version, as the movie includes the situation where Guetta chooses filming over his family. He just felt nice as he said, “I feel good. I feel good as an Artist, to have a reputation, now.” Only with the presence of such character as Guetta, the audience starts to question the authenticity of street art, as it is not clear whether the artist really does it for self-expression or fame and money only. Another important issue in the movie is the correlation art and emotional motivation. Borf’s street art is an example of such as he had some sweet memories of his best friend. According to Leidtka (2008), emotions serve as a very important link to authenticity: “Social psychologists…emphasize the role emotion plays in their discussions of authenticity”. She also says that “emotions are seen as delivering critical messages to the cognitive mind about the self’s true state”. Emotions indicate authenticity serving as basic indicators of identity and self. However, Bansky argues that experience of an artist and his biography influence the authenticity of the person’s art. Again, this is obvious the example with Guetta, who had emotional motivation that was mostly pleasure and a very short biography as an artist. In his works, Gary Allan Fine also says that biography of has a direct impact on his art, and the background of an artist gives his or her works certain meaning: “The biographies of self-taught artists justify their authenticity. According to him “artists are the presentations of their biographies” and “the biography invests the material with meaning” as it, the work might be not that efficient, deep, and touching.

It is important to mention that everyone perceives art individually, but it always must be authentic. Authenticity in art can be reached in numerous ways, but the main thing is that any of those ways must be an expression of real emotions of an artist, not only a haunt for fame and pleasure of thought of the mentioned fame. The true story portrayed in the movie, which was mentioned in the paper, speaks about different ways of expressing oneself in that might be both authentic and unauthentic. However, as Bansky has mentioned, every artist needs time to show up: “Most artists spend years perfecting their craft finding their style”. Moreover, authenticity is very important as “intensifying search for authenticity” is really what society needs now.

If you enjoyed reading this article, you can get 25 MOST PROMISING SCHOLARSHIP ESSAY TOPICS.