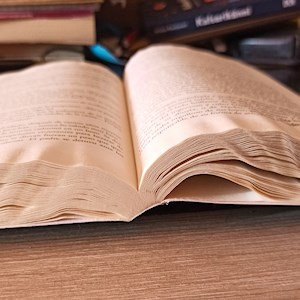 Come read about good books I can't shut up about, and bad books because they're fun to review.
Kontakt/Contacte/контакт
vuorille a gmail . com 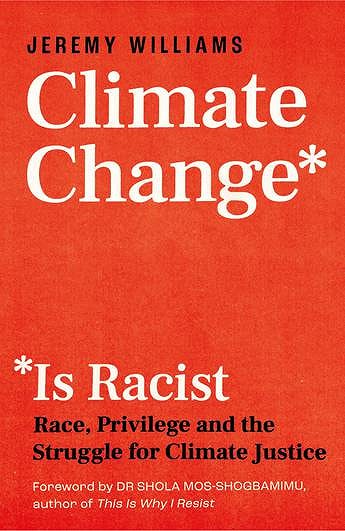 Climate Change is Racist - and my first reaction was So what. Because when you say a word too often, it loses all meaning. And both the big C and the R-word have been used too often. Type any noun into your favourite search engine and add "is racist". I bet you'll get a result. Everything under the sun has been called racist at some point in the internet age.

But let's look at the book. Jeremy Williams spends 8 chapters explaining how race and the climate connect. He repeats himself a lot. It all comes down to this: White people have been emitting CO2. Therefore, all the consequences of CO2 are White people's fault. (It wasn't my idea to write White with a capital W. The author does it throughout the book.) He belabours this for more than 100 pages.

The problems I see there? Well, to begin with, all the consequences he describes are consequences of poverty. When a flood or an earthquake hits, it always hits poor people hardest. Now of course, Williams claims that Climate Change is causing and aggravating poverty. It's obvious to him, but it isn't obvious to me. History check: Were those poor regions of the planet already poor 200 years ago? Yes, they were. And this means it wasn't industrial CO2 that made them poor.

Fossil fuels have lifted billions of people out of poverty, though. Taking them away would plunge is right back into the age of my great-grandpa who plowed his fields with a pair of oxen. (I haven't seen Elon Musk present a battery powered tractor so far.) Thanks to fossil fuels, we're closer than ever to eliminating world hunger. People's life expectancy is way up on every continent. The book doesn't mention any of that.

Next problem I see: According to Williams (page 99), white people must accept responsibility for what happens in non-white countries. Sound familiar? It sounds almost literally like a certain poem by Kipling, a poem that defends colonisation.

Next problem: Throughout the book, the author laments a supposed climate breakdown. What breakdown is that? Is he referring to wildfires, which have been decreasing? Or does he mean the shrinking deserts? Or the sea level, which has stubbornly been refusing to rise as fast as the models predict?

The story of the Climate Catastrophe consists of predictions. Usually, by the time such a prediction comes due and fails, five new, more alarming predictions have already replaced it. You can see the whole boulevard of broken promises at https://extinctionclock.org/. The Arctic was supposed to be ice-free by 2004, some cities in Australia were supposed to run out of drinking water by 2007, the list goes on. Really an instructive web page to visit each time you see some new fear-porn on the news.

So whatcha gonna do about it?

Let's believe Mr. Williams for a moment. Ok, there is a climate breakdown and it's a race problem. What solutions does he suggest? He wants us to change our lifestyles and support international climate policies.

Now, mind that Mr. Williams doesn't suggest anything new. He just urges us to go along with what is already being tried: wind turbines, solar panels and electric cars. And that's why I feel tempted to call Mr. Jeremy Williams the hypocrite of the century. Because you know what's racist? Climate Change measures.

- The World Bank, Development Bank and others bribing African governments to switch their coal-fired power grids for wind turbines and solar panels, which they have to import. On top of causing blackouts, this makes African countries dependent on the goodwill of Asia and Europe, which are producing the unreliable technology.

- Buying solar panels is racist and unethical, full stop, as long as you can't verify where they come from.

- Driving an electric car is racist, classist and the peak of hypocrisy. It supports child labour in poor countries, and those things cause more CO2 emissions than a combustion car.

Last but not least, let's have a look at some data. What have all the international climate treaties, all the national policies and all of people's lifestyle choices achieved so far? Sweet Fanny Adams, or for my American readers: Fuck all. 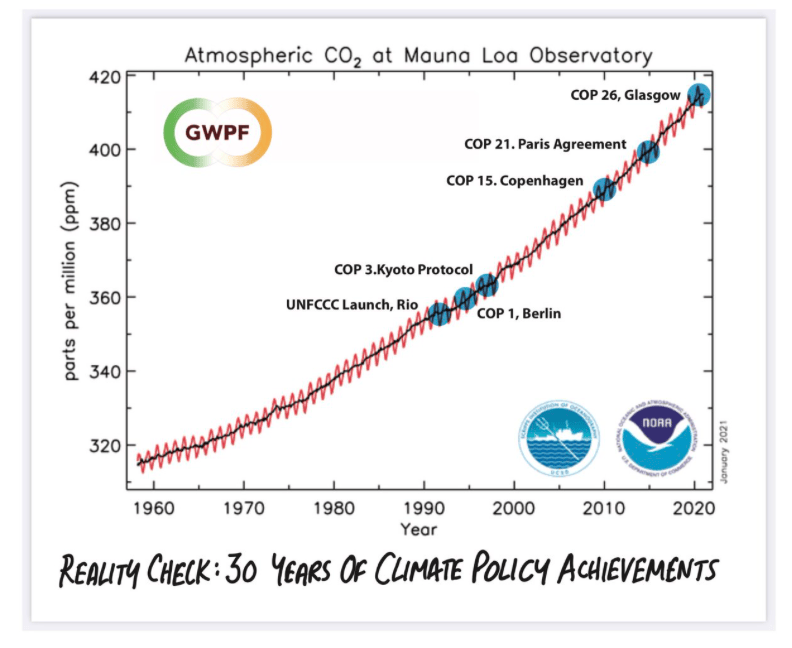 CO2 levels as measured by the Mauna Loa Observatory, Hawaii, and the dates of some landmark international treaties. Source: https://www.climatedepot.com/2021/01/15/shock-graph-of-rising-co2-emissions-despite-planet-saving-un-climate-pacts-shows-farce-of-climate-action/ William Hincy sits down with his demons and writes, it says in the back of the book. And it's true - his stories are dark. The first and the last of the collection can break a heart. And it's also true that he's writing for himself. This collection is many things, but commercial fiction it's not.

Affairs that end in aborted pregnancies. A life-coach with no advice to give, his girlfriend in so much debt that she turns to prostitution. Hincy looks at the underbelly of society. He shows us his characters' naked skin, and it's all scars.

Hincy is wonderful at metaphors. Hat off, hands down wonderful. Format, he's still experimenting with that: Sometimes he tells a story straight, beginning to end. Sometimes he tells it in puzzle pieces, in seemingly random chunks, making sure we'll see the whole picture only in the end. Sometimes I feel there's a puzzle piece missing. A chunk too large to fill in from the clues. Deliberately, to make me wonder? To make me uncomfortable?

That's what this book does, un-comfort. With one notable exception, a story called LEFT TO SOAK, Hincy's writing unsettles. Read it in small portions. Read it whenever you're ready to step outside your comfort-reading zone. 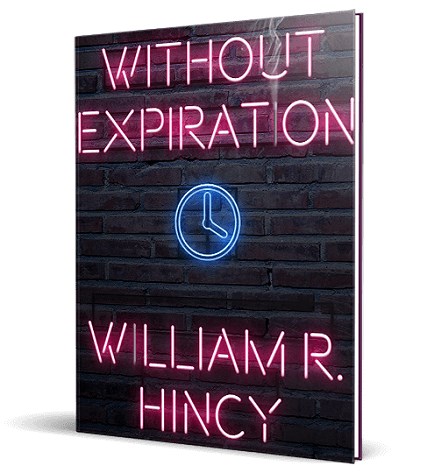 Without Expiration: A Personal Anthology by William R. Hincy
First published in 2019 by Whiskey Winged Lit.

Visit the author on www.williamrhincy.com.

My thanks to Christian Lee of BookReviewsDone.com for the review copy.