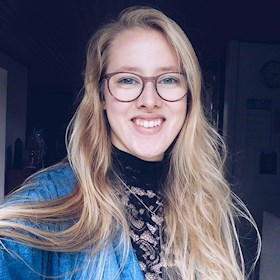 I spent most of my time studying to become a TV and film production technician. While in my spare time divide my time between taking pictures for concerts and other events, reading good books, watching extraordinary movies and great TV shows! - All of the above is shared and told about here on the blog! Enjoy.

Folk high also known as Højskole is one of the best decision I have ever made for myself! If you are thinking what is this and what is she talking about, then just please hang in there and bear with me for a second!
Folk high is a term used for a type of school which is meant to educate people to become better and more active citizens in the very formal sense. In a less formal sense, it is a school to learn for the sake of learning either something new or learning more about something you love!. Subjects can vary from everything to film, sports, event planning to building a boat. There are no grades, no exams and no academic requirements for attendance. It is also a boarding school. So you eat, sleep and learning all at the same place. So it is actually just a place where you live with your new friends for around half a year and just learn the most you can about things you love!
If this sounds like something for you keep reading to hear about my personal experience with Krogerup Højskole/folk high or click on this link where you can read a lot more about the different schools, how to attend and so on: https://www.danishfolkhighschools.com/

How I choose which Folk high to attend
I choose my school because I wanted to know if film, in general, was something I wanted to pursue as a career and it was the only one of the folk highs that had a film course and where you were going to travel aswell. Many folk highs are also known for travelling to different places with their different causes. My film cause was traveling to LA for 2 weeks and since I also wanted to travel in my gap year I thought this was the perfect deal! So I found my school by just googling film folk highs because I didn’t know about it beforehand! But now it is like my second home haha!

My chosen subjects
I had 3 chosen subjects during my stay, they were “Radio”, “people and politics” and “Which circle” which have been 3 very phenomenal subjects!

Radio consisted of learning how to record sound, edit sound and make it all into a well-polished end result both with and without sound effects. We learned about podcasts and live radio aswell. Our radio teacher is a very cool lady by the name Liv Mygind. Other than being our teacher, she makes “life stories” which are interviews she makes based on a person’s life normally bought by the person's family. (You can read more about it here X)

In people and politics, we talked long and hard about the big political subjects in the world. For example social movements, Israel/Palestine, the climate and a lot of other things. At the end of the term, we were to make a presentation a subject that we cared about or wanted to learn more about. In my group, we choose to write about modern slavery with a focus on the fashion industry. This is a subject I am very interested in and especially how it concerns you, me and our everyday life both at the moment and in the near future (You can read our presentation here X). We also had a very cool teacher in this subject, Mathias Bickersteth.

Which circle, was a funny size, half of the time we were reading texts by female authors, talking about how the word witch is used today and what it has meant up until now. How you can put the word in line with feminism. This was the part I liked the best! - Analysing and text reading and broadening my horizon when it came to good female authors.
The other part of the subject was doing spells both ones that we made up ourselves and then other kinds that other people had made. A big part of the class was also just feeling comfortable with being in your space and talking about life. I really liked the subject and it was taught by some very great women, Anne Steen Himmelstrup (who is like a second mother, the kindest woman alive) and Mille Breyen Hauschildt who is like a cool older sister!

Main subject
My main subject which was Film was also extremely good, I really loved it! We were taught from the bottom about all the parts of film production from light to editing. We have even had visits from people in the Danish film industry who talked about their speciality. Film photographer Lars Vestergaard, film editor Martin Wehding, sound designer Peter Albrechtsen, scriptwriter John Stefan Olsen and lastly actress Bodil Jørgensen.
We ended up making a short film and a documentary I’m pretty satisfied with them both and the effort my group made! At times we wanted to do too much but my wish with the films was just to try as much as possible for the time we had and also to see where the line is when it comes to projects and how much each person can handle and do and the group can handle and do!

The social aspect - Teachers and friends
When you talk about folk highs you quickly talk about the friendships and the community that is created by attending. It is friendships that are created by a presence and a closeness that can only be created by living so closely together. It is also crazy to think about the fact that we are one hundred people who live side by side every day and that we make room for each other. This doesn't mean that people don’t find themselves in conflict and that everybody is best friends but the bond that is created should not be undervalued. It is so fantastic and just really nice to be a part of!
This also fits when it comes to the teachers, they are so open and really want to talk and be a part of your life if you want them to. I just can’t put into words how much I love the community part of it.
Then there are the parties, it is a tradition that there each weekend at a folk high is a theme so there are a lot of theme parties haha! I must be honest I have never been drinking and partying as much as at my folk high but the balance of the social and the learning - it was just amazing!
There is also a lot of singing going on at folk highs - Every morning you sing and also at a lot of other social gatherings during the week. This is also really nice and a cosy way to start your day.

How my perspective about school, in general, has changed!
Going to a folk high has changed and kept my opinion about school just as it was and by this I mean, I still don’t really like traditional school and if we somehow could get rid of grades during the year and only have them for exams (because I know we need them to get access to higher educations) but so some of the stress goes away from learning!
My perspective has changed in the way that now I actually have a dream of becoming a folk high teacher when I’m an older lady, haha, and if you know me, you know that until that point I NEVER wanted to set foot in a school form the moment I graduated. But the whole system of it and the way of learning is so different and it just really speaks to me!

My reflections about going
Folk high was really one of my best decisions I have ever made for myself! It is only because of that, that I have started to study to become a TV and film production technician which I love and it has landed me an amazing internship! Which I will talk more about later this week in a blog post!
Folk high to be honest was also really hard, and you might be confused by me saying this because I have praised it so much, but it was hard because you live in a bubble, so you can't really think about anything else than folk high, the outside world doesn't really exist. Having to live with that many people is also the best and also really hard because you don’t always feel like you can take a moment for yourself without missing something. But if you go just remember to relax, take time to yourself and just enjoy it as much as you can everything will be okay!

If you have any questions then please don’t be shy about asking questions in the comment section or if you want to tell about your experience I would love to hear it! 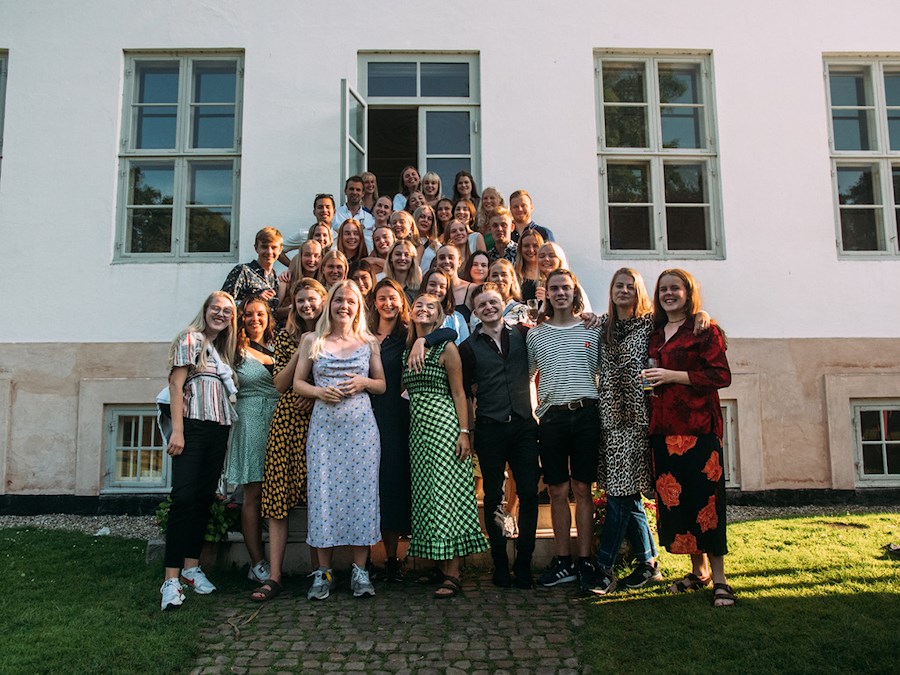 A lot of the guys from my team at the reunion some weeks ago! See my outfit details here X