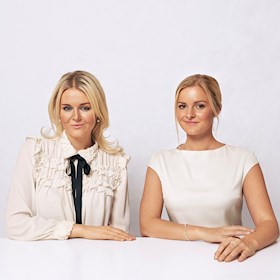 Just finished watching the Netflix documentary "13th" which is about the enormous prison system in the USA and how afro Americans are discriminated in this system. The name "13th" is from the 13th amendment in the United States constitution which year 1865 forbad slavery. However, there was one exception - if the person had committed a crime, he or she was not considered free. Many people view the US prison system as a continuation of slavery.

I took some notes while watching the documentary and thought I could share them with you.

2) The 13th amendment to the Constitution banned slavery in year 1865. It gave freedom to all Americans. However, there are exceptions, namely if the person is a criminal. This is thus seen as a loophole for the prison system.

3) Slavery is considered to have benefited the southern economy (free labor) and when slavery was banned, the economy of the south was affected negatively. The thirteenth amendment's loophole was used immediately - many previous slaves were arrested. It was the nation's first prison boom and they were arrested for minor things.

4) "The Birth of a Nation" is a movie from 1915, which in retrospect is seen as highly controversial and racist as it reflects African Americans negatively. The film had a huge impact on white people's view on afro Americans. The film is responsible for the rise of Ku Klux Klan.

5) Short after slavery was forbidden, the Jim Crow laws was introduced which downgraded African Americans to second class citizens.

6) The number of prisoners remained largely stable until 1970 when the period of mass incarceration began which started under President Richard Nixon's leadership. Among other things, Nixon said in 1971 that the United States would start "A war on drugs". Hundreds of thousands of people were therefore sent to prison for e.g. marijuana possession. President Ronald Reagan then continued on Nixon's path.

7) In 80s, a new drug - crack cocaine - was introduced. A new penalty was imposed for crack and that penalty was much more severe than that for cocaine. You would receive the same prison sentence for 30 grams of crack as for 3 kg of cocaine. Black people used crack to a greater extent and thus received longer prison sentences. In retrospect, many experts believe that both of these two drugs should be punished equally harshly. Many people believe that crack was punished more severely because more afro Americans used it.

8) Clinton has a major role in America's mass incarceration. During his time, he instituted a new law that says that if someone commits a crime a third time, you get a life sentence. Clinton also made the punishments longer and increased the number of crimes leading to the death penalty. Clinton also made sure more prisons were built and more police officers were trained. Some believe that what Clinton did had a far greater impact on the mass incarceration than his predecessors. Clinton has apologized in retrospect for his legislations.

11) Trayvon Martin - a young man called Trayvon Martin is shot to death and the shooter said it was self-defense and was thus released. That case created major protests in the US.

12) ALEC - Lobby group of politicians and companies proposing laws. They wrote, among other things, the self-defense team that freed Travyon Martin's killer. For example, Walmart joined ALEC and was part of writing the self-defense law. The law increased gun sales and Walmart is the largest gun seller in the United States. However, Walmart left ALEC after all the protests started (but the Walmart family continues to support ALEC).

13) Private Prison Companies - CCA was the first private prison company in the United States and it started in 1983. CCA is a member of ALEC and has proposed laws through ALEC. Through ALEC, CCA became a leader in private prisons. Today, CCA makes USD 1.7 billion in profits.

14) CCA was also pushing the development of the SB 1070 act through ALEC. SB 1070 gave the police the right to stop anyone who appeared to be there illegally. This crowded the immigration detention facilities which profited CCA.

15) There are huge economic interests behind prisons in the US. You pay e.g. for the calls you make to your family and in one prison, 1.5 of work enables you to call for 10 minutes.

16) In addition, other companies in the United States cooperate with prisons, for example Microsoft, Victoria's Secret and Boeing. (Victoria's Secret stopped doing this when it got noticed).

17) Only 3 % of prisoners get a trial. You can choose between settling for e.g. 3 years or demand a trial where you risk 30 years. Many people believe that this is a major violation of human rights.

18) In the US, your criminal record follows you your whole life, which makes getting a loan or job harder. The likelihood that a white young man will receive a prison sentence is 1 in 17 during his lifetime. For black men, it is 1 in 3. Black men account for 6.5% of the US population, but they make up 40.2% of prisoners.