In love with Sweden, its people and how they keep it simple here.

LIVING IN: Uppsala, for the time being. 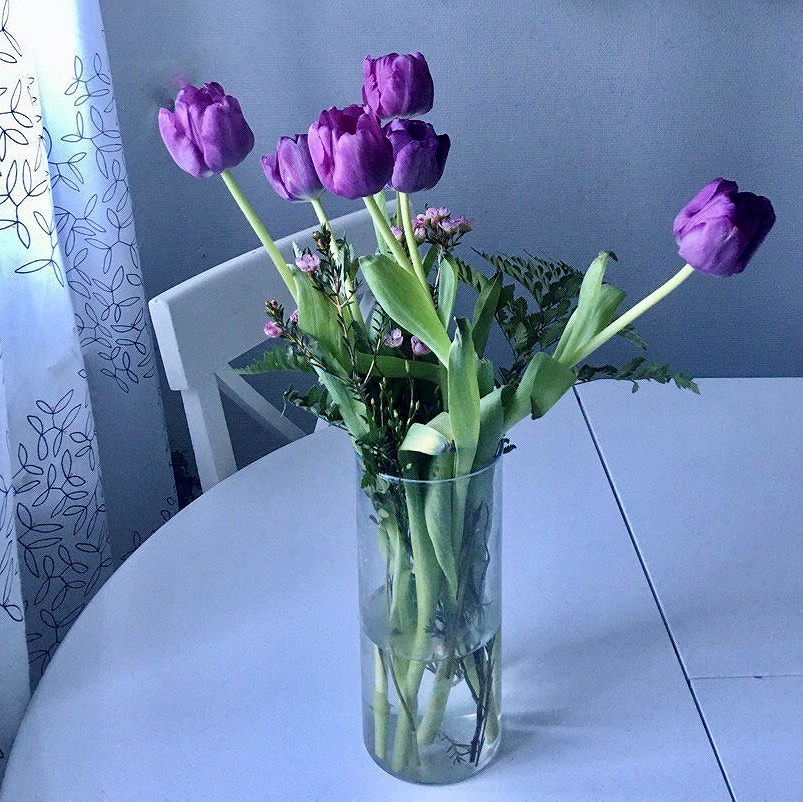 Valentine´s Day was celebrated first during the late 20th century here and not necessarily for couples in love only, but for friends or family members you appreciate too. That´s swell, ´cause not everyone has a partner.

There are flowers forever at home and I love it. Always different flowers according to the season or price. These violet tulips were a gift and they stand in a glass vase on the kitchen table. The sun today in Uppsala was so strong and bright that when I went to drink my first morning caffeine-full coffee I could´t resist to take a shot of these cute, silky tulips for my Instagram page. The light was incredible at 8 am and during the rest of the day. Tomorrow we shall celebrate with "kärleksmums" (traditionally baked for Valentine in Sweden. We made the Arla recipe for this cake, which I think is the best. You can google it) and violet tulips.

Ps: TULIP MANIA - did you know that a tulip war occurred in Holland during the early 1600s when speculation drove the value of tulip bulbs to the peaks? The rarest tulip bulbs could cost about six times the average person´s annual salary. During the Second-World War the tulip bulbs were used as food to be cooked and eaten in a hungry Holland!

You can watch the film "Tulip Fever (2017) with our own Alicia Vikander and among others the brilliant British actress Judi Dench and model Cara Delevingne. Although the film was not so popular, I myself enjoyed it.

So happy-go-lucky Alla Hjärtans Dag with social distance would you please! 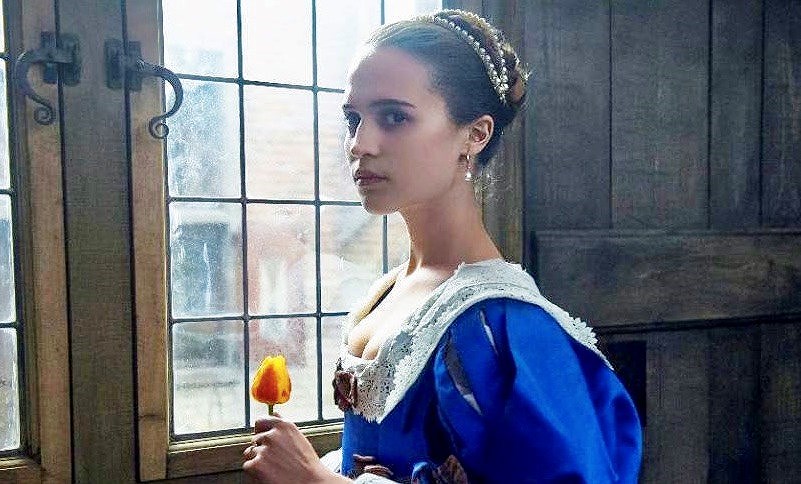