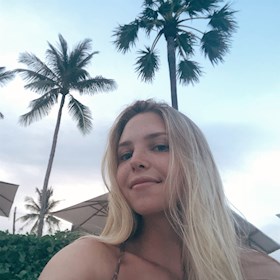 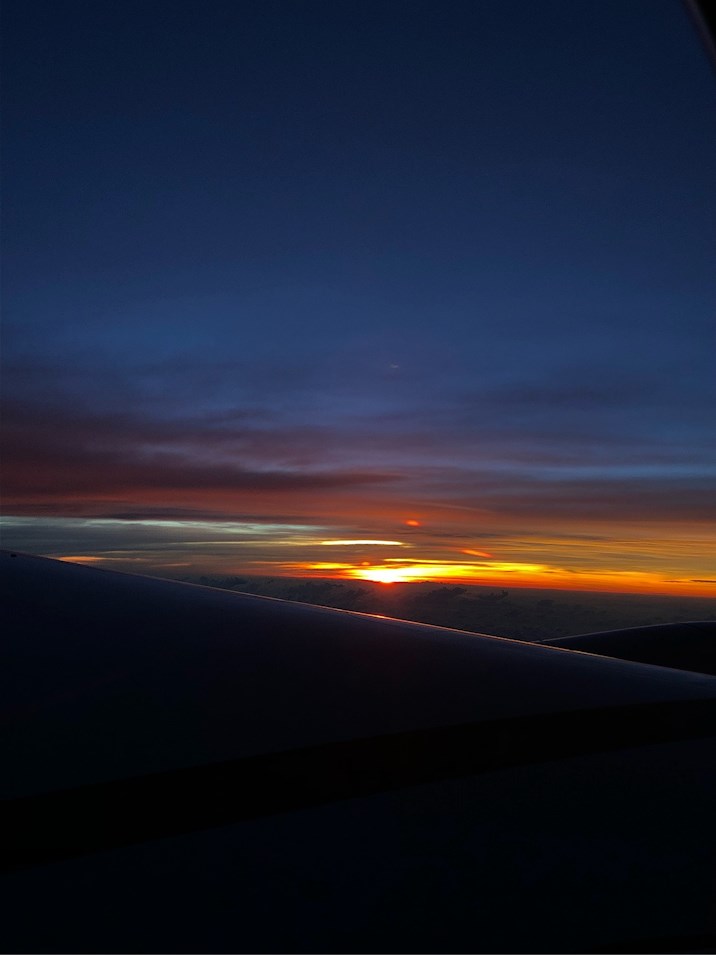 Although the traveling from Sweden to Bali was lit and tiring, being here in Bali makes it all worth it. I had high expectation yet they still have been exceeded. Our first stop was in Uluwatu at a hotel called Dreamsea Surf Camp Bali. I randomly stumbled upon this place on booking.com and once I saw it I was immediately in love! The interior design of the place is sooo beautiful and cozy and exactly what I want my future house to look like. Real authentic Balinese interior which is very boho with lots of neutral colours and patterns. Everywhere you turned there was floor pillows or hanging chairs and swings. Also, a huge stretch of turquoise open sea that always glittered with long rolling waves. 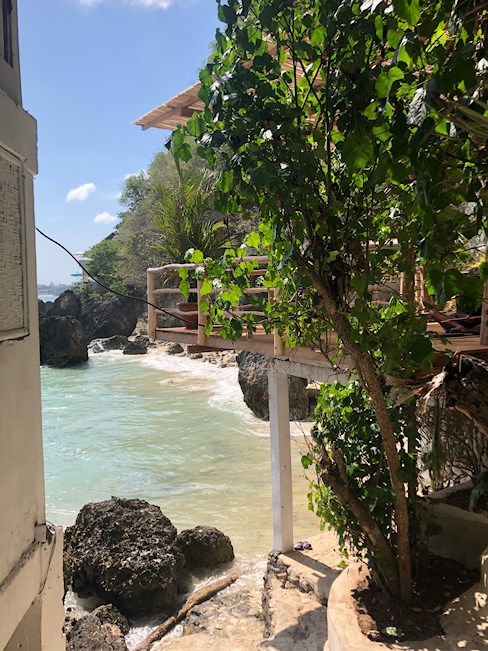 As we checked in we were told of a BBQ beach party that was happening that night at the hotel down on the private beach, and we were asked if we wanted to join- of course we said yes! The effort that the staff put into this evening was outstanding. So far, everyone we have met here is so kind and helpful. As evening drew closer, the tide got pulled out and suddenly the beach became a lot bigger! Me and jonte enjoyed a drink at the bar whilst watching the staff prepare the beach and BBQ. They put HUNDREDS of small tea candles all over the rocks on the beach, hung up fairy lights, lit small bonfires and laid out food whilst tending to the BBQ. There was also a live band playing the whole night, and they were actually really good! There was so much food that night and so many nice vegetarian options! Also, bottomless amounts of beer, sangria or mojito. Whilst there we met another young couple who actually turned out to go to the same uni in Australia that we will be going to, what are the odds?! They were so lovely, we even met up with them the next day for lunch. 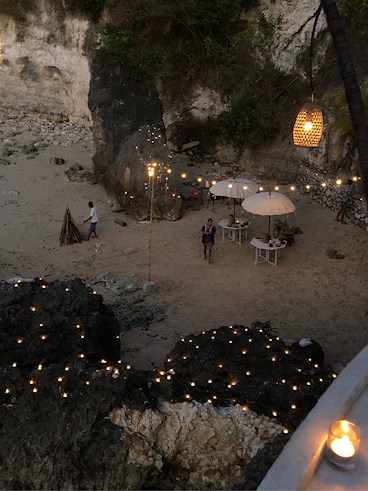 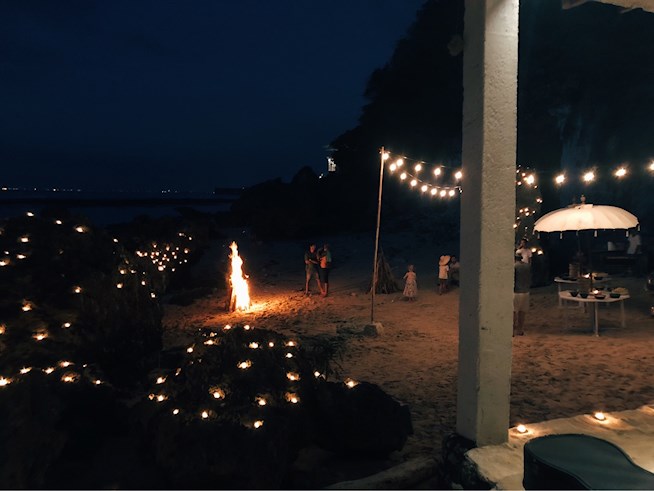 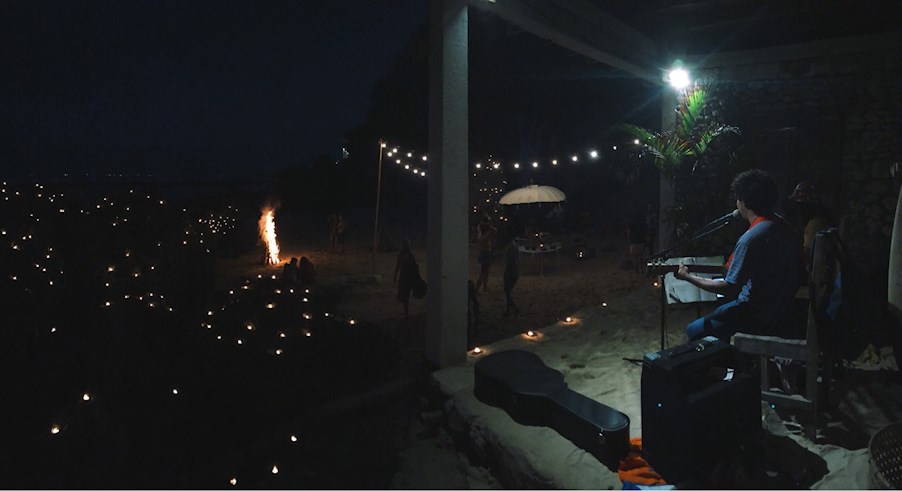 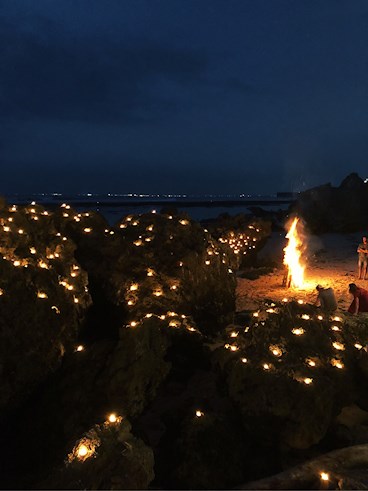 Our room was the cosiest hotel room I’ve ever stayed in. We had our own private balcony which had a hanging chair and view of the beach. Sunsets here were breathtaking. There was also some cheeky monkeys on our balcony sometimes! 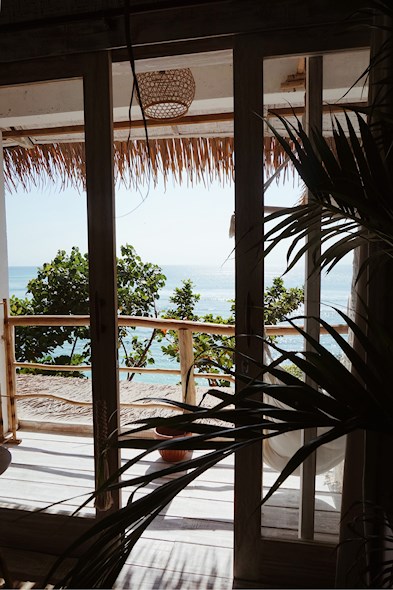 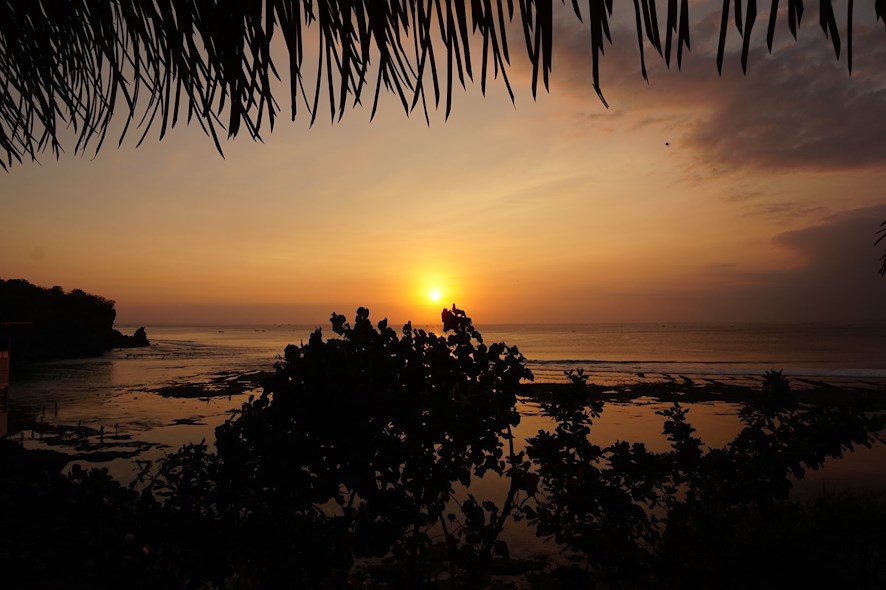 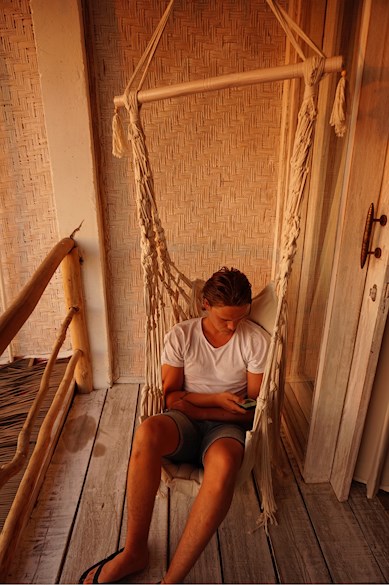 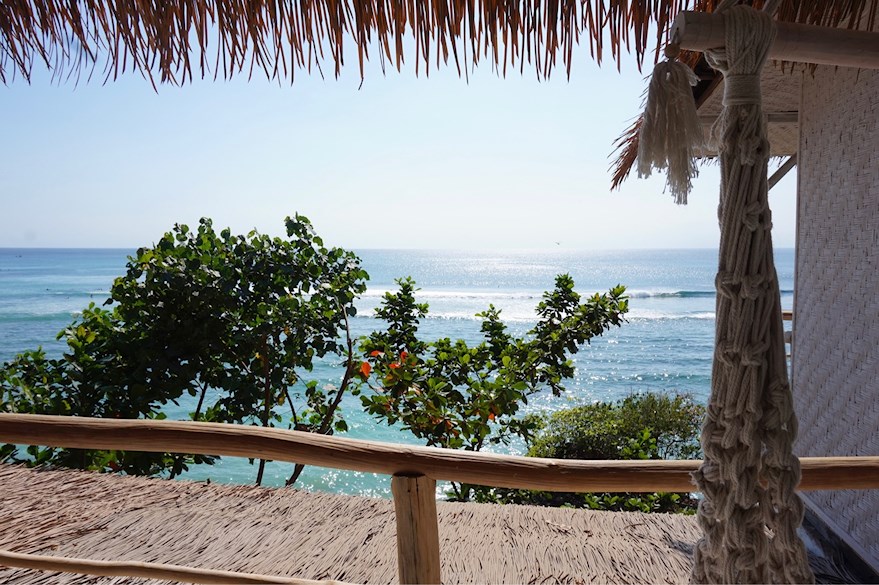 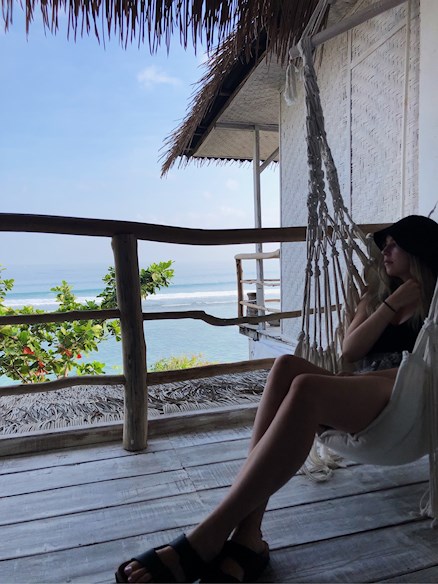 Included in the price of the room was breakfast. With this, you were able to choose anything from their menu which was amazing. Anything from pancakes to avocado toast to açai bowls. Also any juice of coffee you could think of. All of this was enjoyed with a front row seat on the cliff overlooking the sea. Honestly the tastiest breakfast I’ve ever had. 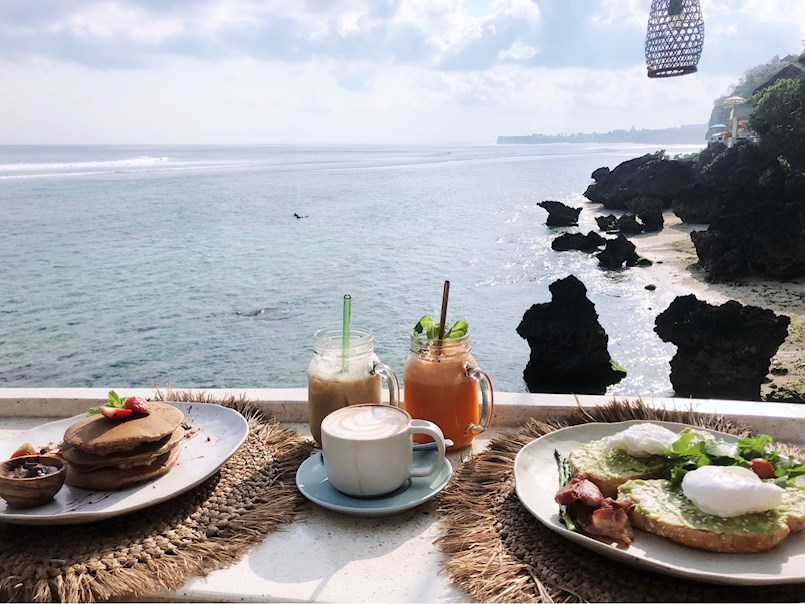 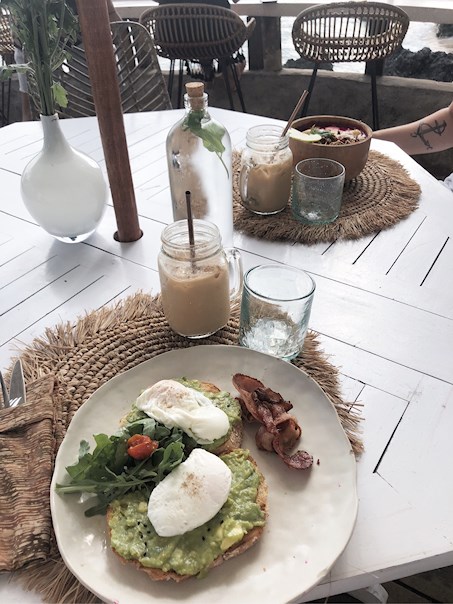 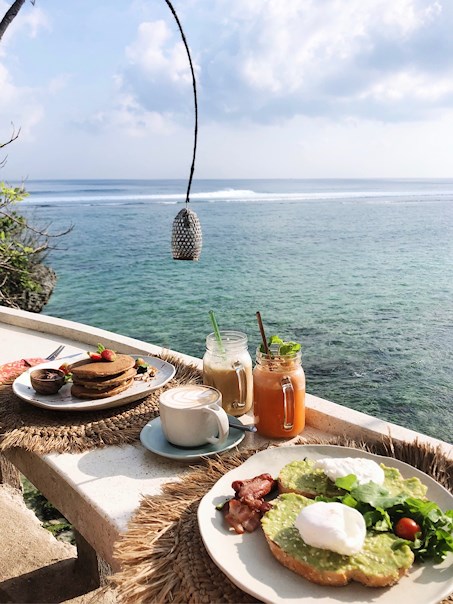 During our stay we added on a surf lesson and a yoga lesson. Let’s just say that I did not enjoy the surfing lesson (the sea conditions were not suitable for first timers), but I won’t bore you with the negative details! The yoga lesson however was very nice. It was during sunset and on a big wooden balcony above the sea. Towards the end we were taught a breathing exercise which the instructor claimed has helped her immunity to getting sick and also that it has been scientifically proven to be beneficial when done everyday. 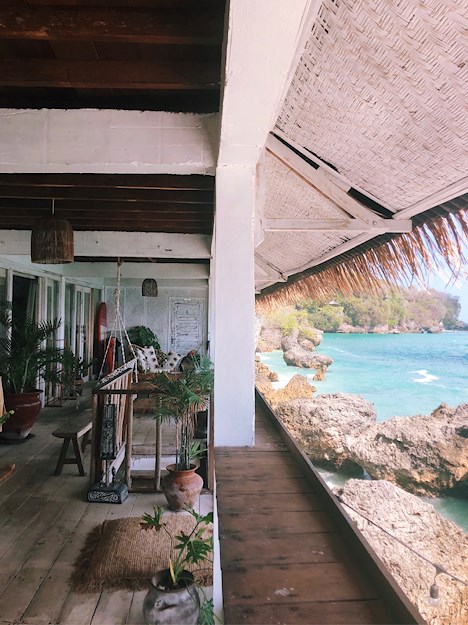 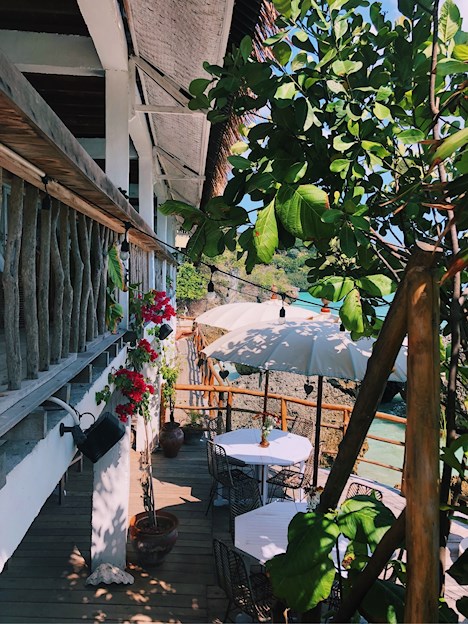 Leaving this place wasn’t easy, but we are super excited for what Ubud has to offer! All I can say for now is, if you got to Bali, go to DREAMSEA💙🌿